The French are furious at Boris Johnson pressing ahead with the Internal Market Bill, which seeks to overrise key elements of the Withdrawal Agreement signed with the EU last year which would subsequently break international law. France’s Europe minister Clément Beaune told the Financial Times: “Of course the signals that have been sent in the past few days are damaging. Anything which disrupts, disturbs or increases tensions in the negotiations is regrettable and we won’t fall for a kind of intimidation at the European level.”

Earlier this week, UK Cabinet minister Michael Gove spoke of access permits for international lorries to enter Kent and warned of huge queues of up to 7,000 vehicles waiting to cross the Channel.

But Mr Beaune dismissed this as a way of outting pressure on the EU, and snapped back: “It won’t work. “So let’s not waste time with these unfortunate tactical games and let’s negotiate fairly.”

The French Europe minister insists France and the EU remain committed to agreeing a Brexit deal with the UK, but warned it would not be possible to grant Britain wider access to the continent’s market unless it agreed to respect the bloc’s health and environmental rules and restrictions on state aid for companies so as to ensure a “level playing field”.

He said: “If we too have to prepare for ‘no deal’, we are aware of that and we are accelerating these preparations in France.” 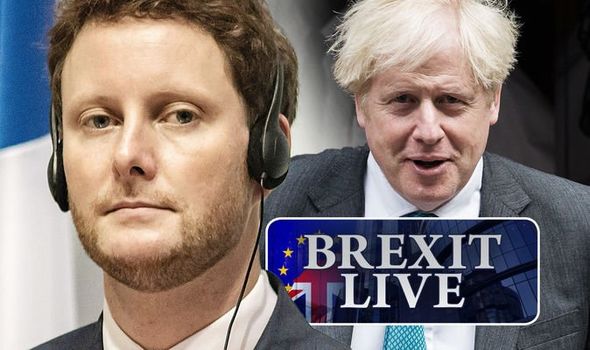 “We are preparing for all scenarios. The best outcome is still to have an agreement. It’s desirable from a commercial, political and strategic perspective.”

Mr Beaune added: “If — and I hope it’s not a serious possibility — if the commitments already made were not respected by the UK, it would obviously be extremely difficult for us to make other agreements and to organise our future relationship while having this doubt in our minds.

“So I hope it’s just a bad moment. I hope the British parliament and the British government return to strict respect for the commitments made, which is effectively a condition for confidence and the putting in place of the future relationship.”