Brexit: Expert says there will be ‘degree of chaos’ at border

The Prime Minister will chair a meeting of the Government’s Cobra civil contingencies committee on Monday amid warnings of “significant disruption” around the Channel ports in Kent. Hauliers have been told to stay from the area amid warnings of potential problems as the end of the Brexit transition period looms on December 31. Meanwhile Kent Police said they were implementing Operation Stack in a bid to ease potential congestion, while the Department for Transport said Manston Airport was also being prepared as another contingency measure. 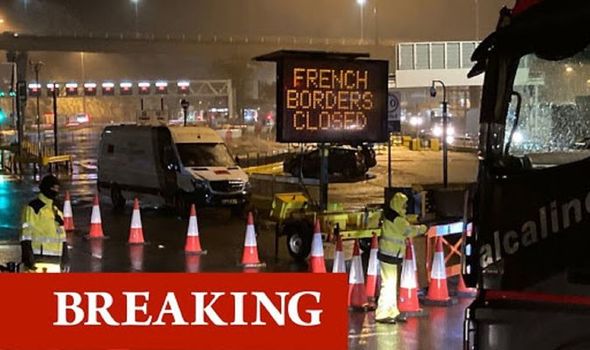 Italian authorities also said the mutant strain had been detected in a traveller who recently returned to the country from the UK.

With France suspending all traffic from the UK for 48 hours, it raised fears that trade flows could be severely disrupted, with passengers across Europe potentially stranded in the final run-up to Christmas. 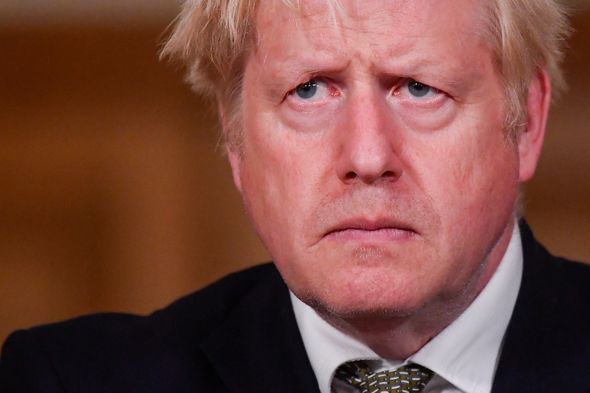 A No 10 spokesman said: “The Prime Minister will chair a Cobra meeting tomorrow to discuss the situation regarding international travel, in particular the steady flow of freight into and out of the UK.

“Further meetings are happening this evening and tomorrow morning to ensure robust plans are in place.”

Meanwhile Transport Secretary Grant Shapps ordered people – including hauliers – to stay away from the area around the Channel ports.

The British Retail Consortium (BRC) predicted the closure of France to UK traffic would cause “difficulties” for UK imports and exports in the busy Christmas period.

Andrew Opie, the BRC’s director of food and sustainability, said any “prolonged” disruption would be a problem in the run-up to the end of the Brexit transition period on December 31.

Domenech: Big Tech are ‘going to collude together to crush conservative speech’ A former Facebook insider argues conservative content should be deplatformed because it is...

Hundreds of businesses including high street retailers Marks & Spencer and Fortnum & Mason have suspended exports to the EU with Brexit smallprint expected to...

A city is reported to be so polluted with toxic lead children can’t play outside on windy days.Residents in Port Pirie in South Australia say...

Morgan Stanley strategists have dropped their expectations of near-term weakening in the dollar amid a regime shift in U.S. rates propelled partly by prospects for...