The Prime Minister received a furious backlash after he made the remarks during a zoom meeting with northern MPs. He said “devolution has been a disaster north of the border” and described it as “Tony Blair’s biggest mistake”.

Devolution was never meant to be a launching pad for independence

SNP leader Nicola Sturgeon insisted the remarks had strengthened the argument for Scotland to break away from the UK.

And SNP Westminster leader Ian Blackford added Mr Johnson had been “caught red-handed” and insisted the “only way” to stand up for Scotland is through independence.

Just seven percent (900 people) said they did not think devolution was a mistake and 75 people said they didn’t know. 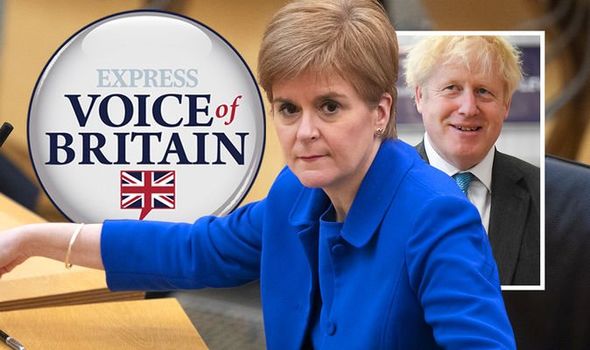 One reader said: “Devolution was never meant to be a launching pad for independence, it has been hijacked by the SNP, but this was always the risk.”

Another commented: “Been saying it for years. It shows how brainless Blair was and is. He clearly didn’t have any foresight!

“An idiot could have seen this coming. One idiot didn’t sadly, and he just happened to be running the country at the time – with another idiot!” 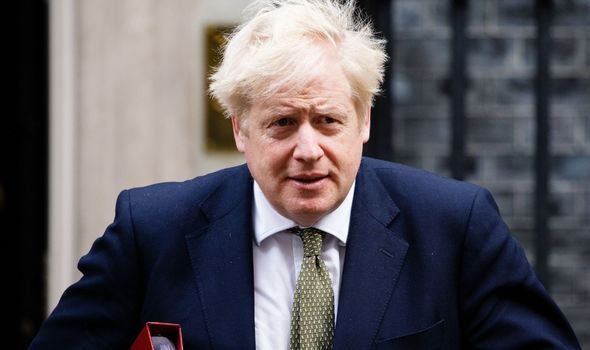 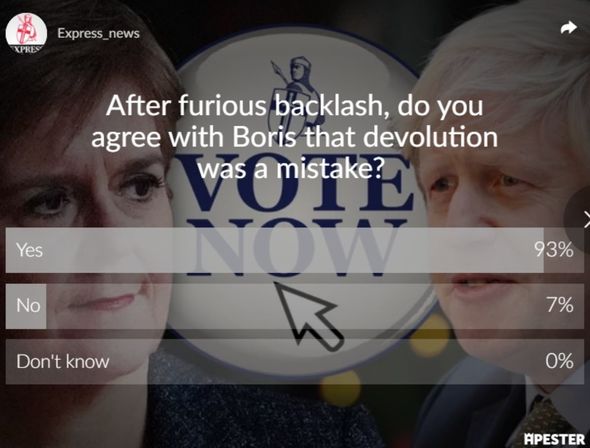 A third person added: “Devolution is a disaster! Boris is correct and I’m proud to be Scottish.”

And another reader also said: “Devolution has turned out to be undesirable in as much as the ascendency of nationalist parties like SNP have made it their overriding ambition above all else to separate Scotland from the UK.”

Senior Tory backbencher John Redwood defended the Prime Minister and insisted the SNP only wants to use the devolved administration to “destroy the union” and claimed the Scottish nationalists see Holyrood as a “battering ram against the UK”.

The people of Scotland rejected independence by 55 to 45 percent during the 2014 referendum, but support has steadily increased ever since the UK voted to leave the European Union in 2016.

The past 14 opinion polls conducted over recent months has those in favour of leaving the UK ahead.

The litmus test for independence will be during the Holyrood elections in May – where the SNP is hoping another victory will give the party a mandate for a second vote. 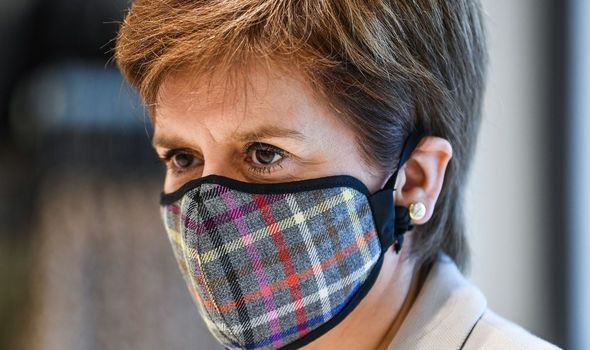 A spokesman for Mr Johnson said: “The Prime Minister has always fully supported devolution. This Government continues to put the Union at the heart of everything that we do.

“The Prime Minister has been clear that he thinks the four corners of the UK stronger together and he will be the voice of the majority of Scottish people who voted decisively to keep the UK together.

“He will always stand against those trying to separate the United Kingdom.

“The PM believes that we had what was a once-in-a-generation referendum and that the result of it should be respected. He firmly rejects the SNP’s call to break up the United Kingdom.”