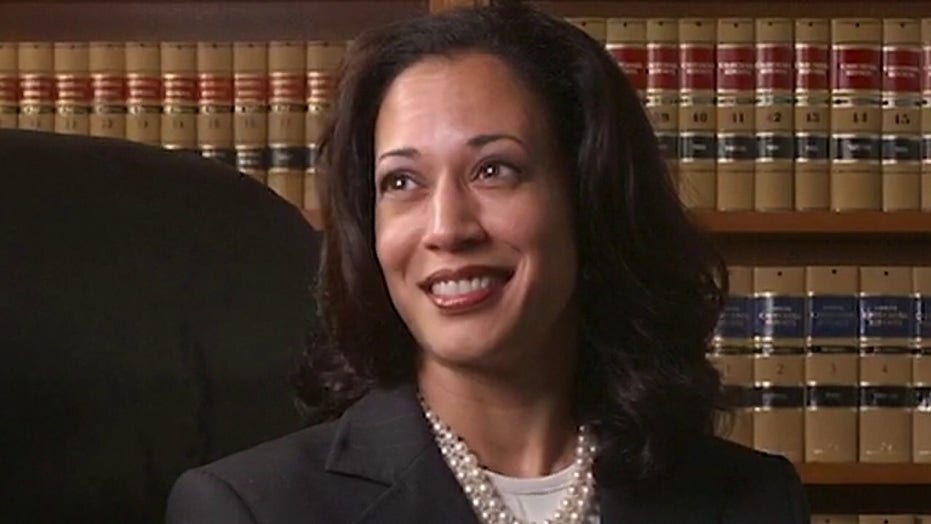 Joe Biden says he doesn’t “hold grudges” against Sen. Kamala Harris of California for her takedown of the former vice president at the first Democratic presidential primary debate 14 months ago.

Speculation that Harris might be Biden’s choice increased last week – after notes that Biden held in his hand during the news conference had Harris’ name scribbled across the top, as seen in a  photo from the AP. The senator’s name was followed by five talking points: “Do not hold grudges.” “Campaigned with me & Jill.” “Talented.” “Great help to campaign.” “Great respect for her.”

The talking points in those notes were nothing new – Biden’s said similar things about Harris the past couple of months.

But the appearance of the notes came soon after a report from Politico that former Sen. Chris Dodd of Connecticut – a longtime Biden friend who’s co-chair of the campaign’s vice presidential vetting committee – still had concerns about Harris due to her takedown of Biden in the Democratic presidential primary debate in June of last year. The report suggested that Dodd was worried that the senator hadn’t expressed regret for the incident, which briefly boosted her campaign as she put Biden on the ropes during the prime-time showdown.

The comments that Dodd reportedly made have been criticized by some Democrats, including those who say Harris is unfairly being held to a standard that doesn’t apply to male contenders seeking the White House.

Asked in the interview that aired Thursday about Dodd’s comments, Biden remarked, “He didn't say that to the press, he was talking to somebody offline, and it was repeated.” 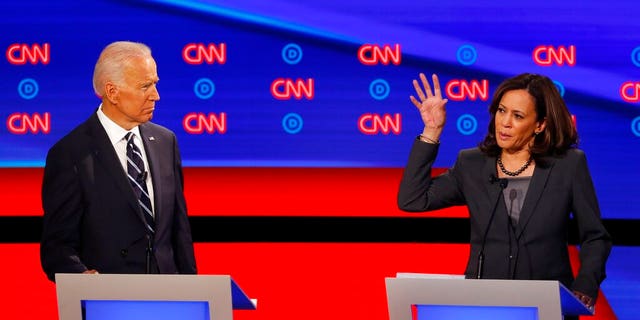 On the debate stage in Miami, Harris criticized comments by the former vice president spotlighting his ability to find common ground during the 1970s with segregationist senators with whom he disagreed, and over his opposition decades ago to federally mandated school busing.

“Do you agree today that you were wrong to oppose busing in America?” Harris – who is Black – asked Biden during the debate.

“There was a little girl in California who was a part of the second class to integrate her public schools, and she was bused to school every day,” she said. “And that little girl was me.”

Biden, who served eight years as vice president to Barack Obama, the first Black president in U.S. history, and who enjoyed strong support from African American voters throughout the primary campaign, angrily said the senator’s comments were “a mischaracterization” of his position.

Biden’s poll numbers briefly edged down after the debate – and Harris enjoyed a short-lived surge in the polls. But her campaign faltered later in the year, and Harris ended her White House bid last December.

By the time she suspended her campaign, the relationship between Harris and Biden had improved. Biden has publicly praised Harris numerous times – and has repeatedly pointed out that he’s thought highly of her since she became close to his late son, Beau Biden, when they both served as attorney general of their respective states.

Harris ended up endorsing Biden and appeared on stage with him – along with another former rival, Sen. Cory Booker of New Jersey – at a rally in Michigan on the eve of that state’s March 10 primary, which the former vice president ended up winning decisively as he moved closer to locking up the Democratic nomination.

The rally was Biden’s last before the coronavirus pandemic swept across the country, shutting down in-person campaigning. Since then, Harris has campaigned virtually for Biden, headlining events and fundraisers.

Biden announced in March that he’d name a woman as his running mate. The past two months – amid nationwide protests over police brutality against minorities and systemic racism – Biden has faced increased calls to name a Black woman as the party’s vice presidential nominee.

Harris was asked Thursday by reporters as she left a Senate Homeland Security Committee hearing how the vetting is going.

According to a pool report, the senator turned around and laughed, saying, "You probably know more than I do."

10 hours ago
We and our partners use cookies on this site to improve our service, perform analytics, personalize advertising, measure advertising performance, and remember website preferences.Ok