“What benefits us locally will translate into geopolitical and environmental gains for the United States and the world,” the column says.

But while those words were attributed to Scott and Pugliese, they were actually the work of the Consumer Energy Alliance, a Houston-based industry trade group whose members include oil giants like BP, Shell and ExxonMobil. Emails HuffPost has obtained via the fossil fuel watchdog Energy and Policy Institute show that while the Colorado officials wrote a first draft of the piece, CEA heavily revised it before publication.

That line is one of many additions CEA made to the column, and the emails show the inner workings of a larger campaign to win local support for a major liquified natural gas infrastructure project in Oregon.

Canadian energy giant Pembina is behind the proposed Jordan Cove Energy Project, a 240-acre liquified natural gas (LNG) export terminal in the port city of Coos Bay, Oregon, and a 229-mile-long pipeline through southern Oregon. The planned Pacific Connector Pipeline would run from the export facility in Coos Bay to Malin, Oregon, where it would tie in with the existing Ruby Pipeline that extends 680 miles to a gas hub in Opal, Wyoming.

The Federal Energy Regulatory Commission is now reviewing the $10 billion proposal. In March, FERC released a draft environmental impact statement that supports construction but concludes the project “would result in temporary, long-term, and permanent impacts on the environment.” State regulators in Oregon argue FERC’s analysis is riddled with errors and information gaps and underestimates the true environmental impact of the project, The Oregonian newspaper reported last month.

CEA has told local leaders in Colorado, Utah and Wyoming that Jordan Cove is key to getting their states’ fracked gas to overseas markets. The organization’s behind-the-scenes effort to boost support in the Rockies has included not just help writing op-eds, but also distributing boilerplate language that more than a dozen state, county, city and tribal officials ultimately included in letters of support sent to FERC.

It also provided talking points to a group of project supporters ahead of their appearance at a public hearing FERC held in Oregon in June. Pembina applauded the group for making the trip, saying in a press release that its presence at the meeting was “a clear demonstration of the positive ripple effect Jordan Cove will have for all of the western United States.” 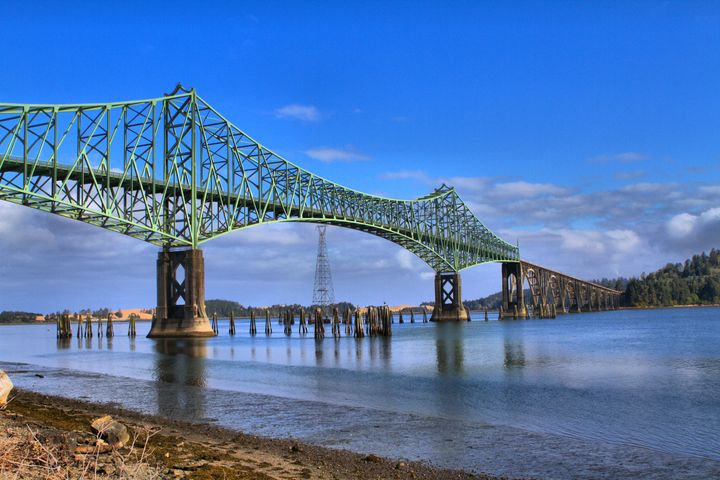 CEA’s effort came as one of its members, the American Fuel & Petrochemical Manufacturers, worked to write legislation to criminalize pipeline protest, as The Intercept reported. Meanwhile, the Trump administration is barreling forward with its fossil fuel-centric “energy dominance” agenda. The Guardian revealed this week that Interior Secretary David Bernhardt, a Colorado native and former oil and gas lobbyist, has promoted the Jordan Cove project, likely in violation of ethics rules.

CEA is a registered 501(c)(4) nonprofit that describes itself as an advocate for “sensible energy policies for all consumers,” but its members include dozens of fossil fuel, agriculture and manufacturing companies. The nonprofit Center for Media and Democracy identifies CEA as an industry front group. It has been accused multiple times of faking support for energy projects.

CEA does not list Pembina as one of its members, but the documents suggest it is working on the company’s behalf.

“We have been working with the Pembina/Jordan Cove Team to pull in letters of support from around the Rockies for submission to the FERC,” Andrew Browning, CEA’s chief operating officer, wrote in an email to a distribution list on July 3, two days before the close of a public comment period on Jordan Cove’s draft environmental analysis. Browning noted that more than 120 individuals, including dozens of elected officials, had signed onto 84 separate letters.

In another email in mid-April, Browning informed a group of elected officials and industry representatives that CEA had developed a “series” of op-eds from organized labor, tribal and other groups with “the goal of ‘building a bigger tent’ and showing elected officials the broad public support and constituency of Jordan Cove.” The first was a piece in which Gary Arnold, business manager of Pipefitters Local Union 208 in Denver, wrote that the Oregon project “could be a boon for Colorado.”

“We’ll be developing these types of Opeds for constituencies in Utah and Wyoming as well,” Browning wrote.

Two days later, Browning, who is also a partner at HBW, responded with what he called “structural edits.” He also offered to help get the piece published and copied CEA spokeswoman Emily Haggstrom on the email. The following week, Haggstrom sent over substantive edits for Scott and Pugliese’s review and said she planned to pitch the column to numerous newspapers, including the Denver Post and the Denver Business Journal.

“Want to give you all big exposure,” Haggstrom wrote.

“When you guys edit you really edit…….lol,” Scott responded later that afternoon. “Overall I’m fine with it,” he added.

Scott and Pugliese’s op-ed does not mention Jordan Cove specifically. Rather, it applauds a new energy advocacy group called the Western States and Tribal Nations that has embraced the Oregon project in its quest to tap into the natural gas fields in the Piceance and Uinta basins. The coalition includes the states of Wyoming and Utah, the Ute Tribe and four western Colorado counties.

The op-ed also references an April report, which members of the Western States and Tribal Nations commissioned and CEA wrote, that details the gas reserves in Utah and Colorado, touts the potential economic benefits of developing those resources, and describes Jordan Cove as the “most promising U.S. LNG export option on the U.S. Pacific Coast.” Emails show it was Browning who added the plug for CEA’s report into Scott and Pugliese’s column. 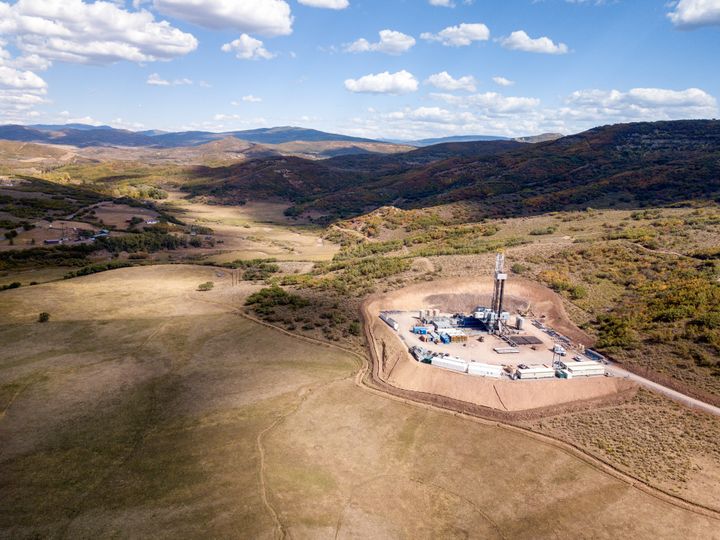 In the weeks before the Jordan Cove public comment deadline, CEA contacted elected officials in Rocky Mountain states to urge them to send letters of support to FERC.

“This is an important project for the people and businesses of Utah and we need your help to make Jordan Cove a reality,” one such request read. The emails included draft letters, which CEA told recipients they could use “in whole, or tailor the comments to meet the needs of your organization.”

The CEA form letter included a space for would-be supporters to write in their organization or constituency. One state lawmaker, Ron Winterton, didn’t get the message, writing, “This project is important to the consumer energy alliance and the state of Utah…” 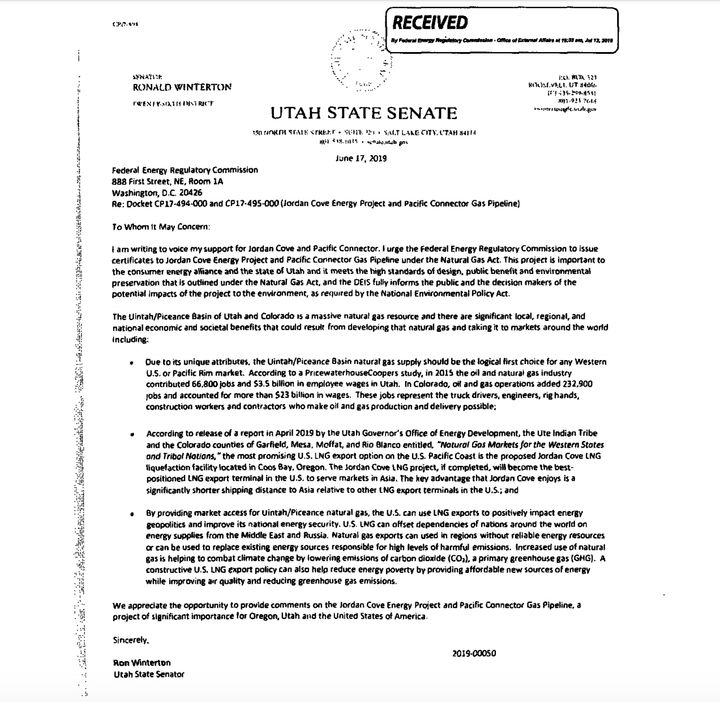 Wyoming State Rep. Tom Crank (R) included portions of CEA’s draft letter, but cut out language about how “increased use of natural gas is helping to combat climate change by lowering emissions of carbon dioxide.”

CEA was hired by the Western States and Tribal Nations coalition to coordinate its advocacy to promote development of the region’s gas fields, HBW Resource’s Hull told HuffPost.

“Advocacy is fundamentally about communicating a point of view, and the tools to do so include talking points, professional editing and other services that help strengthen voices in our democratic processes,” Hull told HuffPost in an email. “These tools are no different than those used by many public and private entities across the American spectrum, including environmental groups who oppose natural gas development.”

Hull did not respond to questions about CEA’s relationship with Pembina and whether it is common for CEA to work with non-member companies.

Pugliese told HuffPost the coalition was formed because its members saw an opportunity to strengthen rural economies and reduce global emissions by making natural gas available to countries in Asia.

Amy Klobuchar Scrambles in Nevada After Late Start
We and our partners use cookies on this site to improve our service, perform analytics, personalize advertising, measure advertising performance, and remember website preferences.Ok