Melbourne fund manager Munro Partners has dumped its longstanding holding in Facebook, claiming the tech giant’s dispute with the Australian government over news content is just the tip of the iceberg.

Munro Partners chief investment officer Nick Griffin bought into Facebook when it was first listed on Nasdaq in 2012 and the stock has ranked among its top five holdings for a “long time”. But over the past two years, Munro– which manages $3.7 billion – has reduced its exposure to Facebook and last month sold its remaining stock for $130 million. 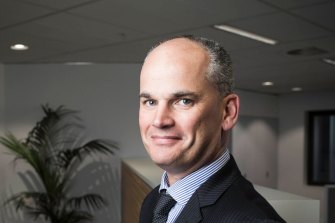 Mr Griffin said Facebook’s battle with the federal government over paying for news content was one of the “thousands of skirmishes” the company was facing around the world.

“In the US, you can’t get the two political parties to agree on anything, anywhere. Whether it’s climate change, diversity or taxation policy they just will not agree.

“But they both agree social media has a problem. And they want to clamp down on it.”

Mr Griffin said at the heart of the problem is an ideological perspective driven by chief executive Mark Zuckerberg that includes abdicating responsibility for monitoring content.

“Most media in the world is liable to what’s on their platform and Facebook is not,” he said. “Inevitably we expect that to change.

The fund’s investment strategy is anchored in identifying structural shifts in society and picking global stocks that can harness the fastest growth.

Mr Griffin said the company was a profitable business with over 1 billion users globally “that look at it pretty much every single day” but its refusal to negotiate, like Google had done in Australia, would continue to create headaches.

“Facebook is making nearly $100 billion in revenue today. And if you look at what Google settled for, it’s $30 million per publisher.

“In the grand scheme of things, I don’t think it’s going to cost Facebook that much money. It’s not going to change the business model too much if this goes global,” he said of the Australian Competition and Consumer Commission’s news media bargaining code.

“I think they’re doing it on principle,” he said. “And its this stance that has caused most of their recent issues.

“We would argue the management team are stretched in the way they’re fighting battles.”

He said Facebook could benefit from appointing more independent directors, adding the fund would consider re-entering the stock once it pivots to e-commerce and messaging apps in the future.

“The financial model of Facebook is not broken, it’s still a powerful business, it will be with us for a long time,” he said. “But they’re probably at a bit of an identity crisis as to the role they play.”

“If they can solve the issues around hate speech and how they’re going to deal with content on their platform, to the extent that would make advertisers happy and consumers happy, that overhang would be removed, we may come back.”

Economist on stock market surge: Investors may be 'irrationally nuts'

Japan has seen a marked increase in female participation in the workforce — surpassing the U.S. and Europe in terms of percentage, according to Kathy...

Taiwan's President Tsai Ing-wen has called on residents to conserve water and prepare for shortages as the island faces a drought.Taiwan did not experience a...

As the largest cryptocurrency by market capitalization, Bitcoin’s (BTC) effectiveness as a medium of exchange is still a matter for debate. Unlike fiat money that...

Making a debut in India with an SUV, Citroen's products in the next couple of years will clearly chart and define its destiny in what...

Crypto lending platform Celsius Network is worth three times its current market capitalization, underscoring the project’s massive growth potential over the next five years, according...

After only three days accepting Dogecoin (DOGE) as a form of payment, Dallas Mavericks owner Mark Cuban is predicting the price of the token will...