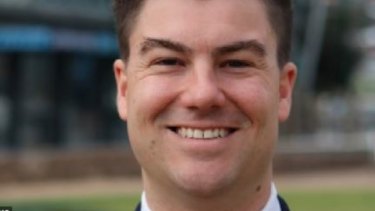 Sam Rae has found work at PwC after flagging his intention to leave Labor.

But what he does next has been far less certain.

Rae's acolytes have been split on whether he’d be entering corporate service or following a path well-trodden by former colleagues including Stephen Donnelly into political consultancy.

CBD can confirm he’ll be going corporate, after nabbing a gig as a partner in PwC's national clients and markets team. He starts in the Melbourne office late next month.

He's the latest recruit by the country's big four accounting outfits, whose appetite seems unchanged despite the opprobrium directed at EY after they hired former defence minister Christopher Pyne.

Her office mate and Andrews' government veteran Felix Moon joined in the same month as an associate director in the firm’s infrastructure division.

Before jumping ship, he was a principal adviser to Pallas.

It’s also worth noting Rae will be joining former Turnbull government minister Jamie Briggs at PwC. He has been running the firm's Adelaide operation after being promoted in May.