As soon as Australians are allowed to get back together around a barbecue again, tax practitioners might want to reconsider what job they tell people they do.

Another leak of sensitive financial information – dubbed the Pandora Papers – raises the public’s ire at those of us who are the gatekeepers to the complex world of tax, leading us to think about seeking the cover of more acceptable professions. 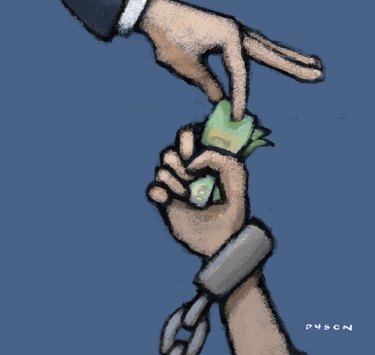 We have comprehensive “attribution” provisions that tax passive income earned by offshore entities controlled by Australians.Credit:

However, caution is required when assessing the Pandora Papers. They raise two related issues which are often confused – transparency about the ownership of Australian assets by non-residents, and disclosure by Australian residents of assets held overseas.

These two issues have very different effects for the Australian tax base.

As our tax laws are legislated, non-residents holding passive investments generally only have to pay Australian income tax on interests in Australian real estate.

The tax system is well-designed to capture tax due on such investments, via an impost on rents earned and capital gains on any eventual sales.

Australians with undisclosed assets should seriously consider making a clean breast to the ATO before the tax office comes knocking.

However, the mischief from a lack of transparency relating to foreign ownership is not one of tax.

Whether Australia’s anti-money laundering rules need to be strengthened is a topic on which experts in trans-national crime should comment.

By comparison, Australian residents who hold assets offshore have obligations under tax laws to disclose those holdings in their Australian income tax returns.

We have comprehensive “attribution” provisions that tax much of the passive income earned by offshore entities controlled by Australians.

Control in this sense includes de facto control – where someone else looks like they control an entity, but they are really acting for an Australian’s benefit.

The attribution tax laws can also extend to income earned by entities where cash, assets or services were transferred to them for less than market value consideration.

Questions about these matters are included in each year’s income tax return. In particular, every Australian who lodges a return is required to declare whether they have interests in $50,000 or more of assets offshore, and whether they have transferred cash, assets or services to an offshore entity.

So, anyone who has such holdings but does not declare them is telling lies in their tax return. That is serious stuff. This is where the Australian Taxation Office (ATO) will be most interested in the Pandora Papers.

The ATO has extensive powers – more in many respects than law enforcement bodies.

If the tax office finds offshore entities or wealth that Australian controllers have not declared, it will generally deem all the income from those investments to be taxable here.

Assessments are issued on that basis, requiring immediate payment. Where a taxpayer has committed fraud or tax evasion – such as by telling lies on their return – there is no time limit on the ATO’s ability to do this.

The taxpayer has to do all the work to prove why the amounts are not income or why the lies told in their return did not constitute tax evasion. That is usually very hard.

In relation to the Australian income tax base, the existence of undisclosed offshore assets does not reflect a lack of legislation or ATO power. But it does reveal potentially unlawful behaviour that has now been brought to the ATO’s attention.

Australians with undisclosed assets should seriously consider making a clean breast to the ATO before the tax office comes knocking.

Mark Molesworth is a tax partner at BDO. He has more than 20 years’ experience in translating complex tax law.