Markets due for a correction: Blue Line Capital president

The deadline also looms on the expiration of pandemic unemployment benefits for roughly 7.5 million Americans on Monday. And officials from the United States and Mexico will hold a high-level economic dialogue in the back half of the week.

This as the Dow and S&P 500 are trading lower after Friday's weaker than expected jobs report. Meanwhile, the Nasdaq finished in record territory Friday for its third straight day in a row.

FOX Business takes a look at the upcoming events that are likely to move financial markets in the coming days.

While the stock market will be closed on Monday for the Labor Day holiday, roughly 7.5 million Americans are expected to lose temporary pandemic unemployment benefits. About half of the U.S. has ended the additional payments early.

The Labor Department said Thursday that 340,000 Americans filed for first-time jobless benefits in the week ending Aug. 28, down 14,000 from the prior week. The reading was the lowest since March 14, 2020. Continuing claims for the week ended Aug. 21, meanwhile, declined to a pandemic low of 2.748 million from a downwardly revised 2.908 million the week prior. Analysts were expecting 2.775 million filings.

Almost 12.2 million people received some form of unemployment assistance, an increase of more than 178,500 from the previous week. That was less than half of the 29.7 million that filed a year earlier but well above the 2 million in each week prior to the pandemic.

Kicking off the week will be earnings will be Casey's General Stores after the bell.

A series of companies will begin enforcing vaccine mandates on Tuesday, including Goldman Sachs, Cigna, and Humana. Goldman and Cigna will require that workers are vaccinated before returning to the office, while Humana says unvaccinated workers not working remotely will be required to take regular COVID tests.

In addition, IBM, UPS, and CVS will require U.S. workers returning to the office to be fully vaccinated.

Also on Tuesday, Southwest will begin cutting 27 flights per day slated to take off between Sept. 7 and Oct. 6 as the airline looks to avoid delays and cancellations. In addition, another 162 flights per day will be removed from Southwest's flight schedule between Oct. 7 and Nov. 5.

After the adjustments, the average flights per day for those time periods will be 3,304 and 3,420, respectively.

On Wednesday, Korn Ferry, GameStop and Lululemon Athletica are on the docket for earnings.

As for economic data, investors will take in weekly mortgage applications, consumer credit, job openings and the Beige Book.

New York Fed president John Williams will also give remarks about the economic outlook and monetary policy and participate in a moderated discussion on economic trends and the outlook for the North Country at a virtual event hosted by St. Lawrence University. In addition, Dallas Fed President Robert Kaplan will participates in a discussion about economic developments and implications for monetary policy before a virtual town hall hosted by the Federal Reserve Bank of Dallas.

Other notable events include corporate TJX employees returning to the company's headquarters and regional offices, Disney World selling its new annual passes, and the beginning of opening arguments for Elizabeth Holmes' fraud trial and jury selection for the college admissions scandal trial in Boston.

On Thursday, Hooker Furniture, Hovnanian and J Jill are set to report earnings before the market open while American Outdoor Brands and Dave & Buster's will take the spotlight after the bell. Economic data on Thursday will include initial and continuing jobless claims and the Energy Information Administration's weekly crude stocks.

The Federal Reserve will continue to make the rounds on Thursday with Chicago Fed President Charles Evans giving remarks before the Federal Reserve Bank of Chicago and Sadie Collective's virtual "Exploring Career Pathways in Economic and Related Fields" event.

Minneapolis, Boston, Dallas, and Yew York Fed presidents Neel Kashkari, Eric Rosengren, Robert Kaplan and John Williams will also give remarks at a virtual event hosted by all 12 District Banks of the Federal Reserve System entitled "Racism and the Economy: Focus on Health."

Moderna will also be in focus as the company holds its fifth annual virtual R&D day for analysts and investors. The event will include presentations from Moderna CEO Stéphane Bancel, chief medical officer Paul Burton, president Stephen Hoge and clinical team leaders and key opinion leaders, with a focus on the company's clinical development pipeline. 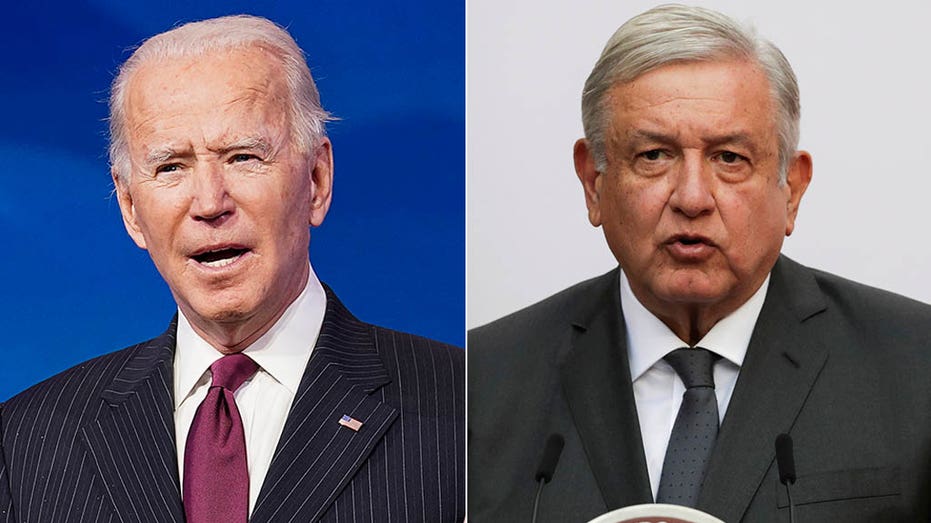 And in the world of politics, officials from the U.S. and Mexico will hold the two countries' first high-level economic dialogue since 2016 in Washington. Established in 2013, the HLED advances strategic economic and commercial priorities for both countries, with the shared goal of fostering economic development and growth, job creation, global competitiveness, and reduction of poverty and inequality.

According to the White House, topics on the agenda for the dialogue include the recovery from the COVID-19 pandemic, building climate resilience, addressing the root causes of migration, and cooperating on security.

Wrapping up the week will be Kroger earnings before market open and economic data including the producer price index and wholesale inventories and sales.