US companies will always be ‘under the thumb’ of the CCP within China: Expert

But somewhere along the line, the leaders of some of America’s biggest companies rejected this wisdom. They’ve chosen to talk a big game about social justice at home while propping up injustice abroad, especially in Communist China. "Hypocrisy" doesn’t begin to describe it.

Look no further than the list of primary sponsors for the 2022 Winter Olympics, which will be held in Beijing. About half are U.S. companies. Many of them, like Coca-Cola, have spent the past year talking about "racial equity" and criticizing commonsense voting rights bills like the one in Georgia. Yet these companies have no problem ponying up $100 million or more for an event that will glorify one of the most tyrannical countries on earth.

Communist China’s horrible record is on full display. It trampled the people of Tibet. It wiped out Hong Kong’s freedom. It makes near-daily threats against democratic Taiwan. It covered up the origins of the coronavirus, leading to the worst public health crisis in a century. And China’s leaders are guilty of genocide against the Uyghurs – a fact formally recognized by the United States.

Beijing has imprisoned more than a million Uyghurs, forced them into slave labor, and committed horrible crimes against women and children. The companies backing China’s Winter Olympics are whitewashing this genocide while sending out press releases on democracy and "equity." 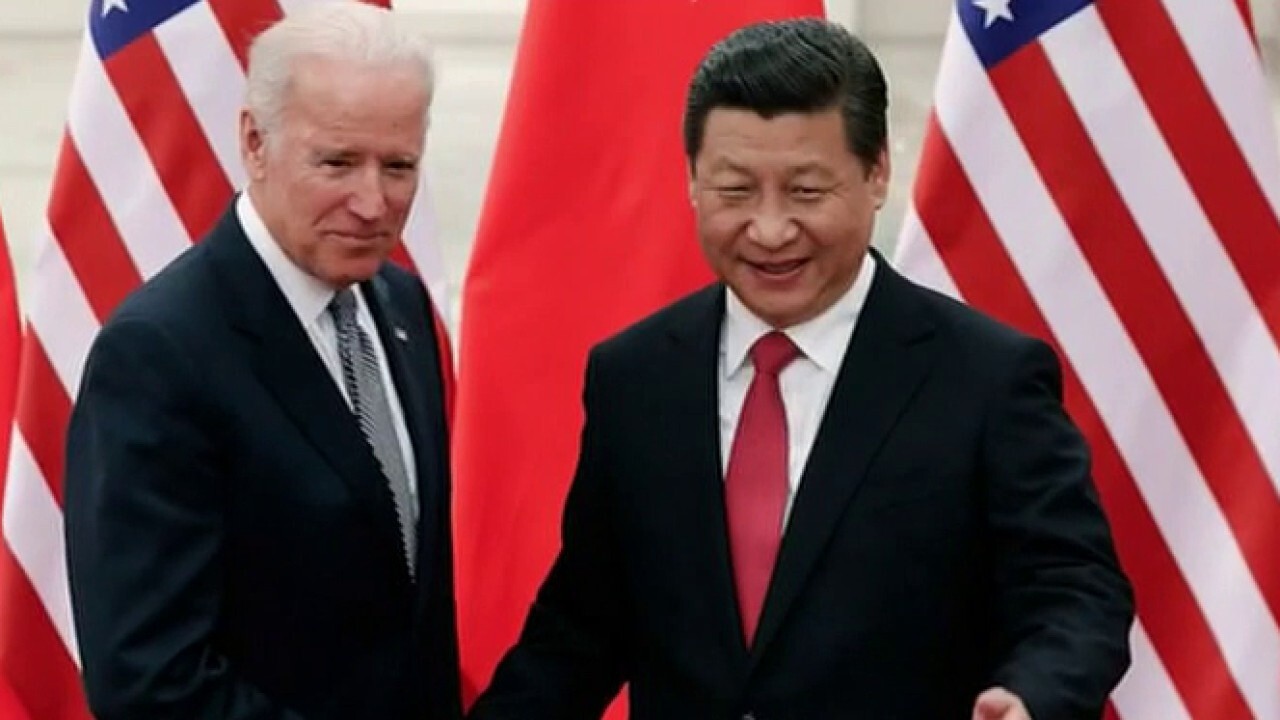 Biden now admits China thinks it will ‘own America’ by 2035

Of course, the Olympics sponsors aren’t the only example. They’re just one of the most recent. Another embarrassment is everyone’s favorite phone manufacturer: Apple.

In America, Apple portrays itself as the company that protects privacy, supports voting rights, and fights systemic racism. In China, Apple is planning to store its user data on servers essentially run by the Chinese government. The company’s leaders – and everyone else – know full well that the Communist Party could access that information. It could use it to sniff out dissidents, stifle debate, and further strangle the Chinese people’s freedom. Apple also reportedly benefits from China’s Uyghur forced labor.

The list goes on, and on. Major League Baseball is deepening its ties with Chinese tyranny while criticizing Georgia’s attempts to secure elections. It recently inked a deal with a company that’s helping the Communist Party keep track of – and ultimately control – the Chinese people.

Beyond its Olympics sponsorship, Coca-Cola has been accused of sourcing sugar from Xinjiang, where Uyghur forced labor is routine. Nike has been linked to Uyghur forced labor too. A recent report found that 83 major companies, many of them American, rely on Chinese slavery in their supply chains.

These same businesses fight attempts to hold China accountable and support its victims. Last year, the House of Representatives overwhelmingly passed a bill to block imports made by Chinese slaves in Xinjiang. Apple, Nike and Coca-Cola all lobbied against it. So did the U.S. Chamber of Commerce, the biggest business lobbying group in the country.

No doubt these companies believe that giving in to Beijing’s demands is the price of doing business in China. No one disputes that. Communist authorities have been known to force American firms to infringe on people’s fundamental rights, hand over their trade secrets and generally play by a completely different rule book. That’s why the Trump administration took concrete steps to hold China accountable and stop its abuse of American businesses.

Once they’re in the Chinese market, companies don’t have the choice of ignoring Beijing’s orders. But they do have a choice to set up shop in China in the first place, and they also have a choice to walk away from China’s injustice. Instead of bemoaning that China "made them do it," powerful companies could avoid it by steering clear of China altogether.

Companies are free to operate overseas, including in China. But CEOs should be more self-aware. It’s outrageous and embarrassing for them to self-righteously talk about social justice in America while staying quiet when it comes to Communist China’s total injustice. That’s not "woke." It’s just plain wrong.

Corporate America should abandon its hypocrisy and practice what it preaches. The American people should pressure businesses to stop enabling Communist China’s genocide and oppression.

Corporate America’s leaders have a choice to make: support horrible wrongs or do what’s right. The American people will look, not listen, for the answer.

Dow drops 400 points, on track for worst week since January

Businesses fret as Canada extends ban on travel with U.S