New York (CNN Business)Apple, Amazon and Nvidia get all the attention on Wall Street, but those alluring tech titans have been left in the dust this year by a 105-year-old air conditioning company.

Carrier Global’s stock has been on fire since it broke away from United Technologies this spring to become an independent company.
Carrier is up a stunning 143% on the year, easily making it the top stock in the S&P 500, according to a tally by Refinitiv. The next-closest company, red-hot chipmaker Nvidia (NVDA), is well behind with a 119% gain.

The blockbuster returns for Carrier, a leading manufacturer of heating, ventilating, air conditioning (HVAC) systems, are linked to the pandemic.

This whole trend will withstand the test of time, beyond a vaccine."

Americans stuck working from home have rushed to upgrade their aging HVAC systems, especially during the sizzling summer months. And schools, office buildings and malls hoping to lure nervous Americans out of their homes are doing the same. Carrier is even selling school districts portable air scrubbers designed to limit the spread of coronavirus.

David Gitlin, Carrier’s CEO, told CNN Business in an exclusive interview there’s “no question” the company is benefiting from the trends set off by the pandemic.
“COVID has shined a light on the criticality of safe and healthy indoor environments. And that’s exactly what we do,” said Gitlin, a former United Technologies executive. “People took it for granted. They didn’t think about it.”

Carrier’s No. 1 position in the S&P 500 is partially due to timing.
Carrier, which also makes fire safety, security and refrigeration systems, started trading when US stocks were at a low point as fears about the economic consequences of the pandemic rippled across Wall Street. Those concerns limited demand for new stocks, Carrier included.
Other stocks in the S&P 500 are up more from their pandemic lows. For instance, Nvidia has surged 164% since bottoming out in mid-March.
And Carrier could soon be dethroned by a much younger and hipper company: Etsy. The online marketplace was recently tapped to join the S&P 500 on September 21. Etsy (ETSY), which went public in 2015, has spiked 150% so far this year, narrowly ahead of Carrier. 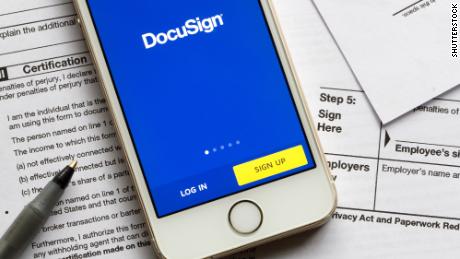 Still, Carrier, whose founder Willis Carrier is known as the “Father of Air Conditioning,” reported during an earnings call in late July that US residential HVAC orders surged by 100% in June.
It was the best single month of orders in terms of units and dollars in Carrier’s history — and the company said July orders were “extremely strong,” too.
“People are spending more time at home. They are prioritizing spending on their homes,” Gitlin told CNN Business.
The same trend has driven strong results for home improvement retailers Home Depot (HD)and Lowe’s (LOW).

Although the pandemic has drawn attention to air filtration systems, many offices, small businesses and restaurants remain shuttered — or at least half empty. That in turn has hurt demand for commercial building systems made by Carrier.
“Unsurprisingly, commercial HVAC is still depressed, though seems to have put in a bottom in activity,” RBC Capital Markets analyst Deane Dray wrote in a note to clients Tuesday.
But Carrier is betting that will change.
For instance, Carrier recently developed, in just three weeks, a portable air scrubber, called OptiClean, that cleans contaminated air and prevents it from spreading to other parts of a building. That kind of technology could be invaluable to school districts this fall and winter as they grapple with the return of teachers and children.
Carrier told CNN Business the Riverside, California school district ordered 1,500 units of the OptiClean — and the company has sold thousands of units overall.
It’s easy to see how office buildings and restaurants would be customers, too.
Gitlin, the Carrier CEO, is hoping the focus on air quality is not just a fad.
“This whole trend will withstand the test of time, beyond a vaccine,” Gitlin said. “People are now asking, ‘How is the indoor air quality?'”

Still, Carrier does face challenges going forward, particularly if the US economic recovery stumbles.
RBC’s Dray warned in a late July report that Carrier’s “elevated” leverage is “well above typical levels for a company with its characteristics.” Carrier inherited that debt when it spun off from United Technologies.
JPMorgan Chase analyst C. Stephen Tusa, Jr., who correctly called the downfall of General Electric (GE), told clients last month that Carrier is “well positioned within the HVAC space” but the stock has “come a long way since April.” 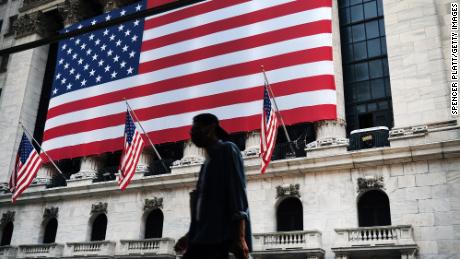 Others are more optimistic about Carrier’s prospects.
Jeffrey Hammond, analyst at KeyBanc Capital Markets, launched coverage of Carrier on Tuesday with an “overweight” rating and a $38 price target. That implies a gain of roughly 27% from current levels.
Carrier is “well positioned relative to emerging ‘stay at home,’ ‘indoor air quality,’ and ESG themes,” Hammond wrote in a note to clients.

It’s also possible Carrier eventually becomes a vaccine play of sorts.
Carrier already makes refrigeration equipment and monitoring systems used to transport food, pharmaceuticals and other perishable cargo in trucks, trains and on ships.
Gitlin told CNN Business that Carrier is working with various companies involved in end-to-end cold chain distribution for coronavirus vaccines to discuss how the company’s refrigeration and cargo monitoring solutions could be applied.
Carrier’s recent success suggest the company is adapting well, at least so far, to life as an independent company.
The spinoff ended Carrier’s 41 years of operating inside the vast conglomerate formerly known as United Technologies, which subsequently merged with defense giant Raytheon (RTN).

Gitlin spoke highly of United Technologies, but welcomes the freedom of independence.
“Now, 100% of the people at Carrier wake up focused on our space,” Gitlin said. “We’ve become more agile. And we are able to lean into trends in real-time, as opposed to taking years.”
Source: Read Full Article

Tags: Millions, of Americans are out