The Federal Court has ordered the company at the centre of an alleged $250 million fraud against banking giant Westpac be placed into liquidation, while the exact whereabouts of its football personality director remain unknown.

Sydney-based Forum Finance allegedly used false invoices and forged signatures to obtain Westpac loans without the consent of at least seven of the major bank’s corporate clients. Westpac has pursued legal action to have the company liquidated in the hope of recouping losses that could run into the hundreds of millions of dollars. 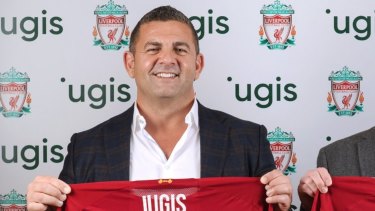 Forum Finance’s director Basile Papadimitriou, the former Sydney Olympic president commonly known as Bill Papas, has missed court deadlines, failed to challenge any of the allegations against his company and refused to tell his own lawyers of his exact location, the court heard.

In making the decision to appoint liquidators to Forum Finance, Federal Court Justice Michael Lee said on Friday there were “real concerns” around Mr Papas’ ability to run the company. “Neither Forum Finance nor its directors have provided any explanation, coach or otherwise, for what appears to have happened.

“It appears Forum Finance has by some means or another, been involved in a long-running, calculated and elaborate fraud which would rank high in the catalogue of corporate malfeasance,” Justice Lee said. “We have not heard from the man who appears to be primarily responsible.”

The court heard on Wednesday that Mr Papas had booked a Japan Airlines flight from Athens via Dubai to arrive in Sydney on Saturday yet this was not supported with flight details or information around why he had left Australia in the first place. Justice Lee described Mr Papas as “apparently peripatetic” and said his travel plans occurred by “coincidence when things started to unravel with Westpac”.

Lawyers for both Mr Papas and Forum Finance consented to the liquidation application and extension of freeze orders until next Wednesday. Another respondent in the case, Vincenzo Tesoriero is listed as a Forum Finance director with records filed with the Australian Securities and Investment Commission.

However, senior counsel Greg McNally SC representing Mr Tesoriero said his client had tendered his resignation from the company in April last year. Mr Papas has been uncontactable by the bank since mid-June after Westpac began making inquiries about the alleged fraud, according to court documents.

“Mr Papas is out of the country. One does not have a terribly satisfactory explanation for whether he is going to return, or when. Mr Tesoriero has denied having an involvement in the management of the company yet he’s recorded as a director of the company.

“The company is a vehicle for a fraudulent and dishonest scheme… It is not the subject of any meaningful or appropriate control by its officers at the moment,” Mr Giles said.

Westpac has agreed to pay up to $250,000 for McGrathNicol liquidators to investigate Forum Finance’s assets and liabilities. The court also heard Mr Papas was director of a separate but related entity, Forum Group, that has $3 million in a NAB bank account and is not subject to freezing orders. 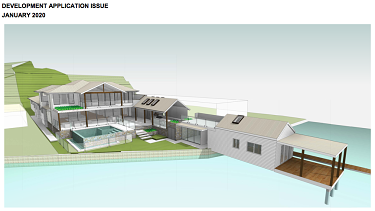 Mr Papas has failed to provide a list of his assets other than his Rozelle property in Sydney’s inner west. The Age and Herald have obtained architectural plans from January last year to renovate Mr Papas’s property on the NSW central coastal town of Wagstaffe, that was reportedly bought for $5.8 million in 2019.

A number of companies listed as clients claim they have not had any problems with services provided by Forum, including NSYE-listed Boston Scientific and real estate group Nelson Alexander. Although court documents filed by Wesptac last week showed at least sever major clients including Coles, Woolworths, Veolia and WesTrac have been caught up in the fraud.

Finance business Humm Group disclosed on Friday it has up to $12 million in historical exposure to Forum Finance, through an equipment finance arm it used to own. The equipment finance leases have since been sold by Humm and the company said it was not clear if the assets are fraudulent but it was investigating.