Property settlements platform PEXA could be a publicly listed company by the end of June, after its major shareholder Link confirmed plans to float the company in what could be the largest initial public offering in two years.

PEXA is a private company owned by Link, Commonwealth Bank and Morgan Stanley Infrastructure Partners that has gained dominant market share in online property lodgements and settlements since launching in 2010. 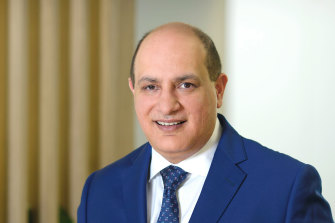 Link has been exploring options to sell its 44 per cent shareholding or publicly list the company on the ASX. The group confirmed on Monday it would increase its shareholding by 3 per cent and float the company at an implied valuation of $3.3 billion.

The Age and Herald has previously reported Morgan Stanley is expected to sell its shareholding, while CBA will also boost its stake to above 15.8 per cent.

Link said it will receive a minimum cash payment of $50 million through the listing process, that is expected to occur by the end of June, subject to satisfying ASX admission requirements.

A consortium of private equity firms, led by Pacific Equity Partners and Carlyle, offered to buy PEXA in October last year for around $2.9 billion in a non-binding deal that was ultimately rejected by Link for under-valuing the company. Private equity heavyweight KKR and Domain Holdings teamed up last week to lob a surprise $3 billion bid for PEXA, asking its owners to either accept or reject the bid by Sunday.

Link chief executive Vivek Bhatia said the $3.3 billion IPO valuation had proved rejecting both offers was the right thing to do.

“This has been now demonstrated through the book build undertaken on Friday valuing PEXA at $3.3 billion, representing an increase of approximately 70 per cent on the consortium’s implied valuation of PEXA at $1.95 billion,” Mr Bhatia said. “This is an outstanding outcome for the shareholders of Link Group.”

The Age and Herald reported on Friday Link had privately told KKR and Domain it would continue with an IPO, with the prospectus expected to be lodged by mid-June.

PEXA last attempted a float in 2018 but a global sharemarket selloff killed the proposed float that valued it at $2.2 billion. It was subsequently sold to its current owners for $1.6 billion, which means they have doubled the value of their shares in less than three years.

In that time, PEXA has gone from a loss making business to one reporting strong earnings as the $300 billion paper-driven property conveyancing industry moves online.

Link released financial forecasts for PEXA this month, reporting that PEXA’s revenue is expected to hit $218 million for the financial year ending June 30, 2021 and $247 million for 2022.

A concise wrap of the day on the markets, breaking business news and expert opinion delivered to your inbox each afternoon. Sign up here.