Dubbed JPM Coin, the cryptocurrency has a fixed value redeemable for one US dollar. It won’t trade freely like bitcoin and many other cryptocurrencies.
JPMorgan believes JPM Coin can help lower its clients’ costs and risks, by making money transfers instantaneous and by reducing the amount of capital they need to hold onto. JPMorgan moves trillions of dollars around the world every day on behalf of customers.

JPM Coin is designed to be used, at least initially, by major institutional customers, not individuals, although JPMorgan expects to roll it out to a broader range of customers later this year.
JPMorgan (JPM) said it is the first American bank to create and successfully test this kind of digital coin. But Signature Bank (SBNY), a much smaller bank based in New York, started handling transactions for its business clients on its own blockchain platform on Jan. 1. Like the JPM Coin, its transactions are pegged to the dollar, and do not use a freely traded cryptocurrency like bitcoin.

“We understand they’re a $2 trillion bank and we’re a $47 billion bank,” said Signature CEO Joseph DePaolo.
He said the use of blockchain technology by banks is likely to spread quickly. “If you’re not into blockchain technology as a bank, you won’t be around in three to seven years,” he said.
CNBC first reported the existence of JPM Coin.
Cryptocurrencies are not issued by governments. Their blockchain technology quickly transfers payments with a clear record of the transactions.
In 2017 JPMorgan CEO Jamie Dimon described bitcoin as a “fraud,” “stupid” and “far too dangerous” to people who traded it. Bitcoin, the best known cryptocurrency, has lost more than 80% of its value since its peak.
Dimon said that he supported blockchain technology for tracking payments, his company would fire anyone at the bank that traded in bitcoin “in a second.” He soon after backed off of that harsh assessment, saying that he regretted his comments, adding that he believes cryptocurrencies are real and had to be examined individually. 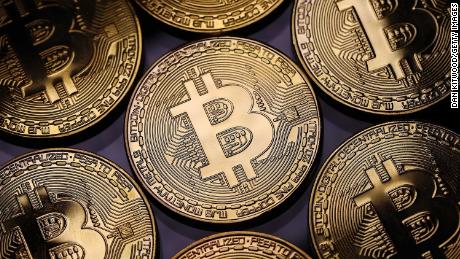 The bank issued a further clarification Thursday on its position on cryptocurrencies.
“We have always believed in the potential of blockchain technology and we are supportive of cryptocurrencies as long as they are properly controlled and regulated,” said the bank “As a globally regulated bank, we believe we have a unique opportunity to develop the capability in a responsible way with the oversight of our regulators.”
Source: Read Full Article

Malta has closed off its ports to sea migrants, and is keeping them quarantined off its coast on chartered cruise boats. More than 400 migrants...

Russian warplanes hit Hama for the first time since a truce brought relative calm to the region in March. Russian air raids have targeted Syria's...