The latest Fox News survey finds support for building the U.S.-Mexico border wall is up — and now matches a previous high.  This comes after the Biden administration halted the majority of border wall projects in late April.

While voters have mixed views on the wall, the 50 percent who favor it today matches the record set in 2015 — and the 46 percent opposed is a new low.  That marks a reversal from December 2019, when 44 percent favored it and 52 percent were opposed. 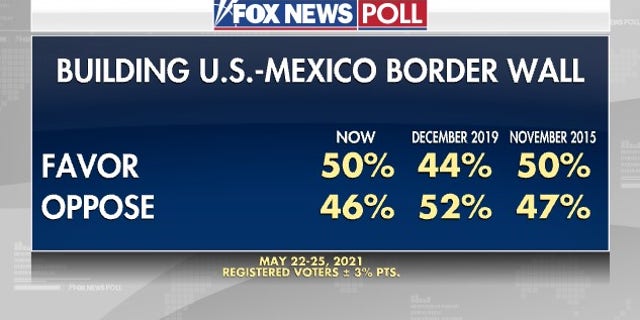 The number saying immigrants hurt the country has risen 15 percentage points since 2019 when 24 percent felt that way. 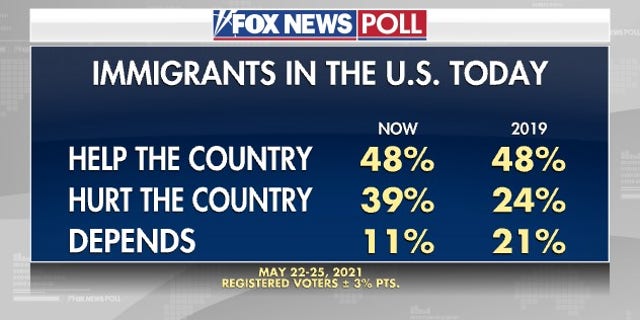 Views among Hispanic voters have moved the other way.  The share who think immigrants help increased by 14 points (70 percent vs. 56 percent in 2019). 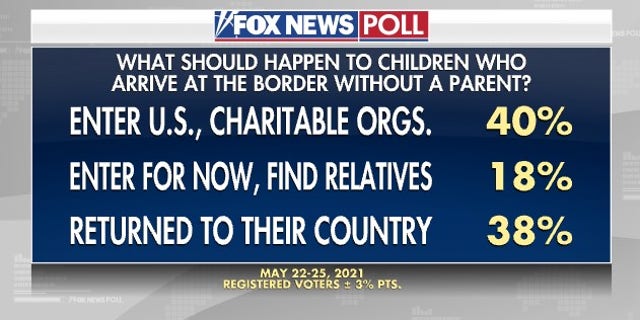 Democrats are more likely to want them to be able to stay (77 percent), while a majority of Republicans wants them returned to their home country (60 percent).

President Biden is in negative territory when it comes to handling immigration (38 percent approve vs. 57 percent disapprove) and border security (40-56).

“Given the recent surge in illegal crossings, and the particular uptick in unaccompanied minors at the border, it is unsurprising that Biden receives his worst marks on these issues,” says Republican pollster Daron Shaw, who conducts the Fox News poll with Democrat Chris Anderson.

Fewer voters consider illegal immigration a threat to the stability of the U.S. (55 percent a major threat) compared to other top issues such as political divisions (64 percent) and unemployment (61 percent).

Border security/immigration is a top issue for voters (13 percent), behind the economy (23 percent) and coronavirus (19 percent) and ahead of race relations (10 percent).

Conducted May 22-25, 2021 under the joint direction of Beacon Research (D) and Shaw & Company (R), this Fox News Poll includes interviews with 1,003 randomly chosen registered voters nationwide who spoke with live interviewers on both landlines and cellphones. The total sample has a margin of sampling error of plus or minus three percentage points.