In the tense lead up to pricing this year’s biggest Australian IPO, Latitude Financial, a spike in negative news in the buy now, pay later sector could cement expectations that the shares will be sold at the low end of the range.

This is despite the herculean marketing efforts of its high profile chief executive Ahmed Fahour.

The latest to chime into the debate on the value and risks of stocks in the booming sector is independent research and ratings group Morningstar. 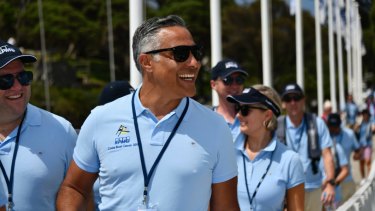 In a report on the upcoming Latitude float titled ‘No need to buy now’, Morningstar urges investors not to buy into the IPO, saying the business is highly-leveraged, exposed to lower credit quality and competitive threats from others in the sector.

The current pricing range has been set between $2 and $2.25, which translates to an equity value of between $3.55 billion and $4 billion on listing.

Even at a price of $2 Morningstar rates the stock a 3-star, "with no moat – or sustainable competitive advantage".

The size of the moat measures the level of protection any company has from new entrants to its market. A large moat is a financial positive because it allows a business to capture greater market share and have better control over the prices it charges.

Not surprisingly the lack of a decent moat is a criticism also made of others in the Australian buy now, pay later (BNPL) space.

This week New York professor, Scott Galloway, who rose to fame attacking the valuation of WeWork and was in turn partly responsible for the sinking of its $70 billion US float, also bought into BNPL later debate.

He focused his laser on Latitude’s main rival Afterpay, a US operator Affirm and Swedish-based Klarna – suggesting they were overvalued.

Why? Once again he cited the lack of a moat and further suggested that the giants of consumer credit, Mastercard and Visa, could inflict some real damage on these smaller and newer BNPL firms down the track.

Galloway could easily have placed Latitude in the same basket. This is despite the fact the bulk of Latitude’s earnings are not derived from its new high-profile BNPL product – the one that most resembles Afterpay.

For its part, Morningstar advises investors not to take part in Latitude’s blind auction book-building process.

“We don’t like that shareholders must commit without knowing the price and with the top end of the range 12.5 per cent above our valuation, we recommend investors don’t subscribe,” Zaia says.

But Zaia’s concerns go beyond  price and the pricing process.

With the exception of Latitude’s car loans, which make up only about 5 per cent of receivables, the firm’s assets are not secured. “This means Latitude is sensitive to macroeconomic drivers, in particular, the unemployment rate, the GDP [gross domestic product] rate and retail spending rates.”

Latitude is something of a hybrid in the consumer credit sector. A large part of its business is providing an interest-free credit card product in partnership with large retailers such as Harvey Norman and JB Hi-Fi. 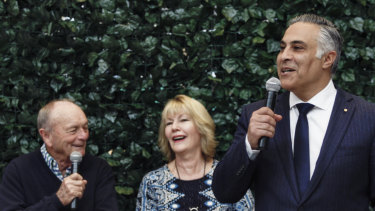 That’s the product that most Australians have long been familiar with.

"While its interest-free credit card business has remained resilient to date, competitor Afterpay's rapid growth shows how entry barriers have shrunk and consumer preferences are changing. Latitude has responded to defend and take advantage, launching its own BNPL offering," Morningstar states.

But it does note that the Latitude’s projected earnings growth and prospective yield could make it attractive to investors.

Even the critics of the BNPL companies recognise this is a growth sector. But they are warning that there are risks and these should be recognised in their share prices.

Afterpay’s share price has risen more than 183 per cent this year but can be highly volatile. Wednesday’s announcement, for example, that a director, David Hancock, had resigned just as his shares had matured out of escrow (so capable of being sold) doesn’t send a solid corporate governance message.