LONDON (Reuters) – The dollar gained as appetite for risk dwindled in London early on Thursday, as markets waited for U.S. jobs data and updates about fiscal aid negotiations in Washington. 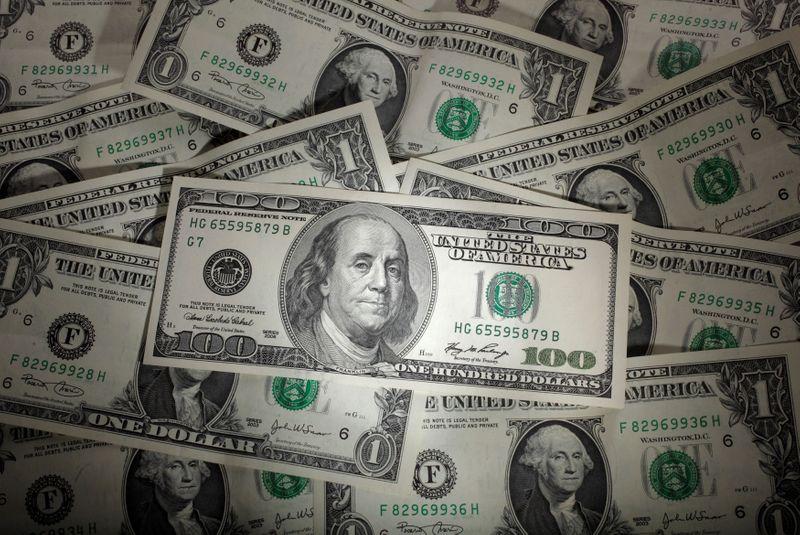 Risk appetite had grown on Wednesday after ISM data in the United States new service industry orders jumped to a record high. But the data also showed that hiring declined, suggesting a labour market recovery is faltering.

Euro-dollar reached a two-year high of $1.1916 towards the end of the Asian session, then slipped back to $1.1876. The euro was boosted by PMI data on Wednesday that showed the euro zone economy starting to expand.

“The market is now focusing on the positive news and in its view, there was plenty of that over the course of the week, and it has therefore sold the dollar,” wrote Commerzbank analyst Antje Praefcke in a note to clients.

“However, that does not mean that the dollar will have to appreciate significantly in case of rising risk aversion. Too much damage has been done over the past weeks, causing market confidence in the US dollar’s role as a safe haven to be shattered,” she added.

The riskier Aussie and Kiwi dollars strengthened overnight but fell as the dollar started to recover.

The Swedish and Norwegian crowns rose against the dollar, with the Swedish crown at its strongest since mid-2018.

The Swiss franc fell versus the euro, suggesting underlying market caution about a recovery in Europe.

Analysts worried that programmes to support the economy, such as unemployment benefits, are covering up the underlying damage to the economy.

“We are deluding ourselves stimulus to shield us can be sustained forever everywhere. It can’t,” wrote Michael Every, global strategist at Rabobank.

Investors were waiting for lawmakers to agree on a new package of government support for the United States. With no sign of an agreement in sight, Republicans and Democrats remained trillions of dollars apart.

Unemployment payments of $600 a week for the tens of millions of Americans who lost their jobs in the pandemic ran out last Friday.

Explainer: U.S. says U.N. sanctions on Iran to be reimposed Saturday. What does that mean?