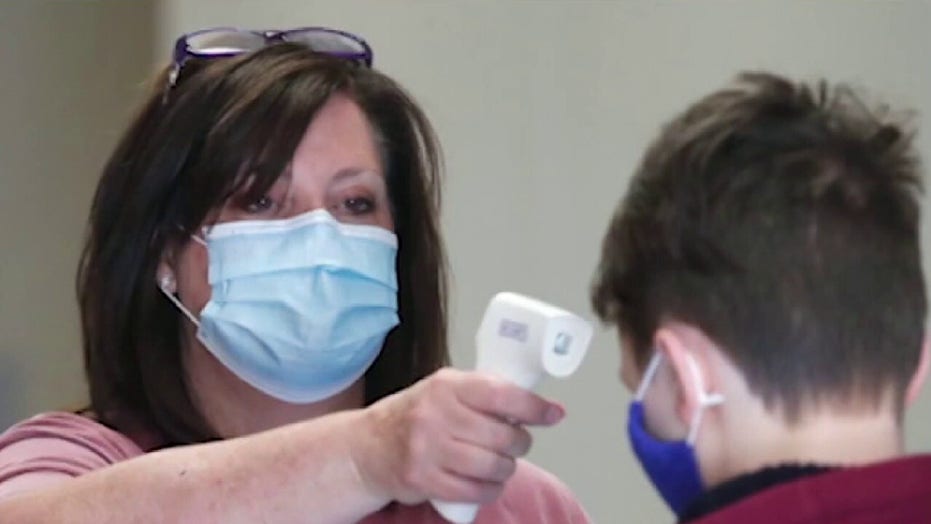 The Big Idea is a series that asks top lawmakers and figures to discuss their moonshot — what’s the one proposal, if politics and polls and even price tag were not an issue, they’d implement to change the country for the better?

David McIntosh, president of The Club for Growth and a former Republican congressman from Indiana, has what he believes is a solution to the problem of schools being closed due to the coronavirus pandemic: give parents greater flexibility should their districts decide to keep classrooms shuttered this fall.

School choice — or providing families with funds to send children to schools other than their local public institutions — is hardly a new idea. But McIntosh's plan is based on a need arising from the current health crisis.

While past arguments have been based on avoiding poorly performing schools, McIntosh's plan is based on children's needs should their usual school settings not be available to them.

McIntosh, who served in the administrations of Presidents Ronald Reagan and George H.W. Bush, leads an advocacy group that describes itself as supporting economic liberty. To that end, the organization supports government scholarships that families could use for schooling, be it through private schools, homeschooling or other means.

McIntosh believes that this could ultimately be a game-changer in how the public — and lawmakers — think about education and could potentially have far-reaching effects even after the pandemic is over. 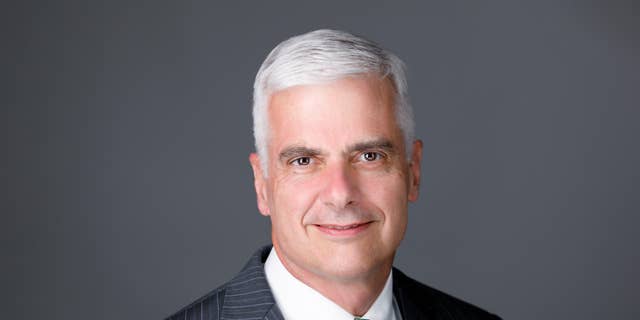 David McIntosh, president of The Club for Growth

Q: What is your big idea?

McIntosh: We have proposed that with schools increasingly looking like they’re going to be partially or fully shut down this fall, that any of the education dollars that Congress spends to help with that be directed to the parents; that we set up emergency parental choice scholarships up to $10,000 per child for all parents, and they can choose to use it to augment with tutors, or distance learning; if they’re in private schools they can use it for tuition, if they’re homeschooling they can use it for curriculum, materials.

And it would apply to all students, it would allow them to have the resources they need to be able to deal with the school shutting down or not being fully operative during the coronavirus epidemic. One of the things that we’re already seeing is that students are starting out behind this year because so many schools had to close down or switch to distance learning, and that’s from nonprofits like NWEA and reports in the New York Times.

And so rather than just fund the bureaucracy, which is what Congress is talking about doing right now, we’re proposing the big idea: send it to the parents, let them choose what’s best for their children and give them the resources they desperately need in the middle of the coronavirus epidemic to take care of their children.

Q: Would this apply to any and all private schools including religious ones, or just secular schools?

McIntosh: Yes, it would apply to all schools, including religious ones. It would apply to home schooling, it applies to, I think they call them pods, the parents that come together to hire teachers for their students when their schools close down. Really it’ll be very broad. Anything that promotes the education for their children can be covered by this and then the parents can choose which direction they want to go in.

Q: Can you be more specific about where the money will come from?

McIntosh: We’re proposing that this come from the COVID relief measures that are currently being talked about in the Senate and the House. Right now the number’s about $70 billion for K through 12. Eventually, we’d like to see this program continue, and it could end up replacing some of the way the federal funds currently send money to the school systems. Instead, they would send it to the parents, and then the parents could give it to the school systems for the services they need.

Q: So you mean for after the pandemic?

McIntosh: Right. The big idea right now is we’re needing to provide relief for schools, let’s do it through the parents and use parental choice.

Q: If school choice becomes an option, if a local public school is closed and a significant percentage of the students there want to take advantage of school choice, but they’re all looking – instead of home schooling –  to go to particular private schools, is there a risk that there could be overcrowding or that students may not be able to get into certain schools?

McIntosh: No, that’s a very good question. And let’s say a large school system decides to just only do distance learning and say half of the parents decide that’s not really what’s best for their children, yes there would be some pressure on the private schools, the parochial schools in those areas, and charter schools because they could use it to send them there.

But what we see we think is that some parents would decide, OK, let’s form our own kind of pod of maybe 10 parents living in the same neighborhood, and we’ll hire teachers who are not working in the public school because they’re closed down and get them to teach our kids these projects.

I think what you’ll see is the private capacity, those alternative tutors and other things will be able to handle the need, and especially because there will be resources there. They’re not asking to do it for free; they’re able to pay them and be able to cover the cost.

Q: What kind of support are you seeing for this type of initiative so far?

McIntosh: We’ve tested this in two different polls in our political unit. One was in pivotal presidential battleground states, and it’s a strong positive. President Trump started to talk about it, send the money to the parents, that is a very positive message for him and lifts his support among voters there. The second way we tested it was in some battleground Senate seats and there we tested the absence of that proposal in Mitch McConnell’s most recent legislative effort. And honestly what that means it’s about a 25 percent swing less likely to vote for the Republicans if they don’t include this type of proposal to help parents in their legislation.

So in both cases, it confirms this is something that people are focused on because they’re starting to make plans for the fall and it’s strongly supported. So it could be a bipartisan effort, Democrats and Republicans coming together to do this, but if people don’t do it then there are political consequences as well.

Q: What do you see as the biggest challenge standing in the way of this right now?

McIntosh: I think the biggest challenge is the kind of old-fashioned mindset of appropriators in the Senate right now and then the strong special interest pressure against the Democrats agreeing to do this. So you’ve got here in Washington that kind of Republicans being reluctant to embrace a big new idea because they’re used to spending money through bureaucracies and the old channels of doing it that way, and the Democrats that are very supported by the special interests that oppose parental choice. And so we have to overcome both of those.

One of the reasons that Club for Growth is starting to really push for this is we see that public support is on the other side, it’s for doing this type of parental choice approach. We’re even looking at putting it into some advertising in the campaigns that we are engaged in for this fall to really make it an issue that hopefully will break through the special interests here in Washington, and we’ll be able to see a change of attitude, do something that would be really good for people.

Q: Are you optimistic about this?

McIntosh: It’s a tough uphill climb at this point in this Congress where it’s highly partisan and frankly the people that are writing the bills are stuck in their old ways, but I think what could happen is that we could see a demand from the public rise up. If not to get it passed this time, to make sure in the future this type of approach where the resources go to the parents will be included in future legislation. Essentially, there will be an electoral mandate. We’re going to insist that Congress pay attention to what we want to do, and I think the old way of thinking about education is going to be totally disrupted by the coronavirus epidemic.

People who bought their house located to where they thought they were in this good school district, their school district was letting them down, their kids were falling behind because they weren’t open. And I suspect that’s going to permanently change the way Americans look at education and our hope is this big idea – we spend billions and millions of dollars on it, let’s empower the parents with this type of grant program, help them — ends up coming out of this election cycle and becomes a permanent change as well.

Explainer: U.S. says U.N. sanctions on Iran to be reimposed Saturday. What does that mean?