Brian Halligan is growing a multibillion-dollar business focused on sales during a period where consumers actively dislike those in sales and marketing. 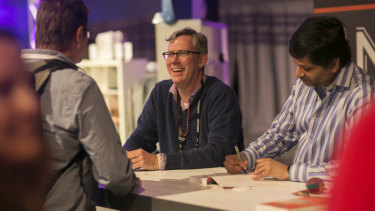 Halligan and co-founder Dharmesh Shah have grown their marketing software business to more than $US500 million ($728 million) in global revenue. The New York Stock Exchange-listed company raised $US125 million in an initial public offer five years ago and now has a market cap of $US8.4 billion.

They've done it by building a suite of marketing automation tools created with a focus on inbound leads, where a customer comes to a business, instead of the old approach of aggressively chasing customers.

Australia is a key market for the startup, with Halligan saying the company has "grown like a weed". Documents lodged with corporate regulator ASIC show it increased Australian revenue from $21 million in 2017 to $33 million in 2018 and is operating at a profit of close to $1 million.

Australian technology companies have also caught the eye of the founders, with Halligan listing Atlassian as his “second favourite company in the world" and marking Canva and Xero as some of best sales-focused businesses on the global startup scene.

"I think there’s a special soup in Australia that has produced three delicious companies so far," he says.

The strength of these companies is that they're able to speak directly to the consumer and use capital effectively to grow their customer bases, he says.

Hubspot is one of several tech giants, like Salesforce, making tools for companies to track their interactions with customers so that they reach out at the correct time.

Halligan says his company is well aware customers believe technology businesses and social media sites have gone too far in their use of data and that their cynicism is growing.

"Our founding thesis is don’t spam or do all this bad stuff," he says.

"There’s only so much that we will allow our customers to do and track inside of Hubspot. If they violate any laws, we'll shut them down."

Australian sales consultancies are fighting to tear companies away from aggressive pitching and towards a more targeted approach that draws customers to their offer. 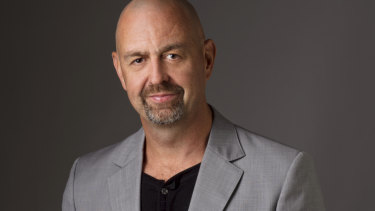 "We’re seeing a migration of the world’s spammers onto LinkedIn… People will land on your profile, they’ll invite you to connect, and no sooner have you accepted the connection, well…the 'pounce and pitch' seems common," he says.

Hawkins founded the Melbourne based business, which connects specialised sales staff to businesses, in 2017. Now turning over close to $1 million, Salestribe counts Nespresso Australia and UK bank Lloyd's among its clients.

He believes Australian businesses are "waking up" to the lack of correlation between cold calling and frequent email advertisements and customer engagement.

"For the companies that are doing it well, they’re raising the bar in terms of buyer experience. What's happening now is that all the old vendors going on [as normal], well, they look really lame by comparison."

Salestribe is growing its "social selling" programs, hoping to help professionals cut through the large volume of noise surrounding consumers on social media in order to make a meaningful connection.

The new approach to relationship-based marketing carries a cost: spending on "customer experience" technologies hit $US508 billion in 2018, according to IDC.

Customer relationship managers and software for keeping track of client interactions are driving the sector's growth, which is expected to hit $US641 billion by 2022.

Businesses that struggle with growing their client bases can no longer just hire a "sales gun" and expect revenue to come flowing through the door, Hawkins says.

"One of the pitfalls is expecting the silver bullet, expecting things to happen too quickly."

"You have to narrow down to who is the right buyer for your product. Then they have to be realistic about what's achievable in what time frame."

The writer travelled to Boston for the Hubspot Inbound conference as a guest of Hubspot.