Scandal-plagued EISS Super has signed a deal to merge its operations with construction industry fund giant Cbus, after the regulator pressured the electrical fund to find a partner following chronic underperformance and an expenses scandal that toppled its leadership.

Cbus and EISS released a joint statement on Friday stating the funds had signed a memorandum of understanding to merge next year, combining Cbus’s $67 billion with EISS’s $6.4 billion to create a $73.4 billion super fund. 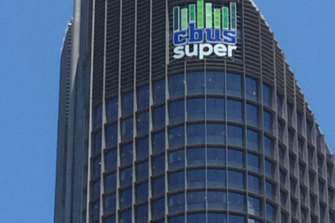 The Age and Sydney Morning Herald revealed last month the two funds were in advanced merger discussions, after transport industry fund TWU Super walked away from a potential deal following allegations of conflicts of interest in EISS’s community sponsorship program.

EISS’s chief executive, chairman and other directors resigned abruptly following revelations the super fund’s community deals had links to senior management’s family members. This masthead also revealed allegations of reckless spending at the fund for NSW electricians, including $100,000 spent on a BMW for the former chief executive, lavish staff parties and overseas junkets including training courses at top US universities.

The allegations of questionable spending came shortly after EISS was named one of the country’s worst performing MySuper funds by the Australian Prudential Regulation Authority (APRA), in a test that measured fees and returns against a benchmark. APRA later imposed June 2022 deadline for EISS to find a better performing fund to merge with and is continuing to investigate EISS’s expenses after identifying “sufficient concerns”.

Cbus chief executive Justin Arter said the fund was already connected to the energy industry and associated unions and the merger would create benefits for both funds. “Cbus has had a connection and affinity with the electrical industry for decades,” Mr Archer said. “By joining together with EISS Super, we will be able to deliver even more for members in the electrical sector by harnessing economies of scale.”

EISS Super chair Peter Tighe, formerly the Electrical Trades Union national secretary, said the merger would provide its members with greater investment opportunities, “which are critical to the successful delivery of positive longterm outcomes for members”.

APRA on Thursday named EISS Super again as one of the eight trustees offering members “significantly poor returns” in its choice funds, which include super products outside the default system.