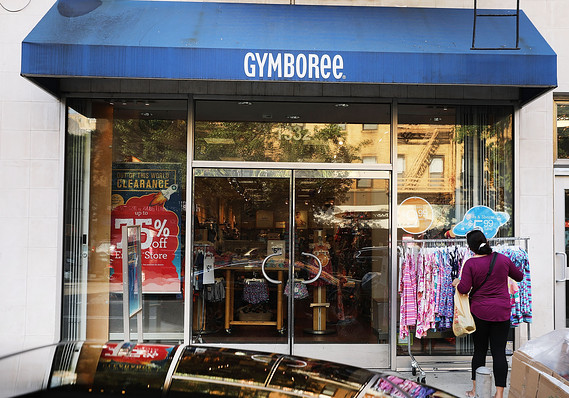 Shares of The Children’s Place Inc. plummeted 23.5% on Wednesday after GlobalData Retail proposed that Target Corp. could derail the relaunch of Gymboree in spring 2020.

The decline puts the stock on the path to the biggest drop since Sept. 27, 2002.

“Target, for example, has made significant share gains in kidswear and has a strong overlap with the customer base of The Children’s Place,” Neil Saunders, managing director at GlobalData Retail, said.

“This barely gets mentioned by the company’s management, but it is a major cause for concern which could derail the recovery plans, much of which rest on making significant sales gains,” Saunders wrote.

The Children’s Place PLCE, -23.73%  won the Gymboree intellectual property at auction in March with a $76 million bid. Gymboree filed for bankruptcy in January, and sold the Jack & Janie brand to Gap Inc.

The retailer now plans to launch Gymboree with an enhanced website and more than 200 shop-in-shop locations in spring 2020.

“Given that the formal relaunch of the brand will not take place until 2020, there is a gap between the costs incurred and the upside to the sales line,” Saunders wrote.

“However, we would have expected to see some initial benefits from the Gymboree website which was re-opened in June and from the drop out of competition which should, at least in theory, improve the ability of The Children’s Place to make meaningful market share gains. Neither of these things has materialized in a significant way and, in our view, it raises some red flags over the wider strategy.”

Heading into the 2020 relaunch, The Children’s Place says it is “very well-positioned to capture an outsized portion of the sales left behind by Gymboree,” Elfers said, according to a FactSet transcript.

The Children’s Place reported a third-quarter sales miss and cut its guidance during the premarket. The company said warm weather and weak mall traffic were to blame.