The cryptocurrency market faced a new wave of selling pressure on May 28 as Bitcoin (BTC) price dropped to $35,100 and traders seem generally disinterested in buy the dip ahead of the weekend.

Despite the downside moves seen across the market over the past couple 2 weeks, institutional investors have for the most part held firm in their resolve to stay committed to cryptocurrencies but the absence of ‘we bought the dip’ announcements have retail traders wondering if Bitcoin price is in for further downside. 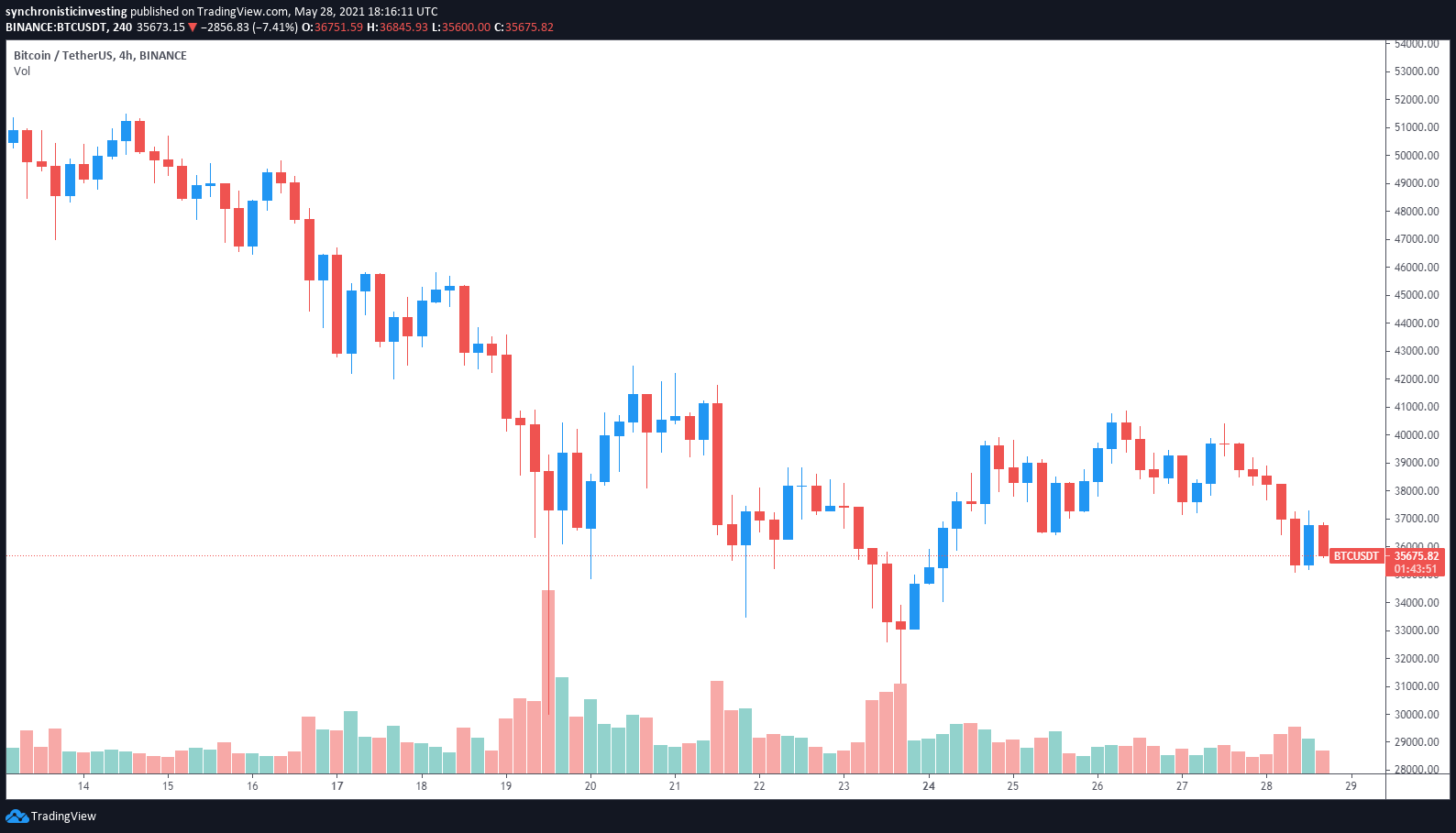 While some analysts see the possibility of Bitcoin falling as low as $20,000 as the worst case scenario, the overall price trajectory of BTC remains skewed to the upside with the weekly trend of higher lows still intact.

Altcoins also pulled back sharply on Friday as market uncertainty ahead of the Memorial Day weekend led to a low volume and the current risk-averse environment diminished the impact of significant announcements like Polygon (MATIC) integrating its datasets into Google Cloud technology.

Despite the market-wide pullback, there were a few tokens that managed to rally. Helium (HNT) surged 28% to a new all-time high at $23.01 following a tweet announcing that the project had surpassed 45,000 active hotspots worldwide that provide decentralized wireless coverage for internet of things (IoT) devices. 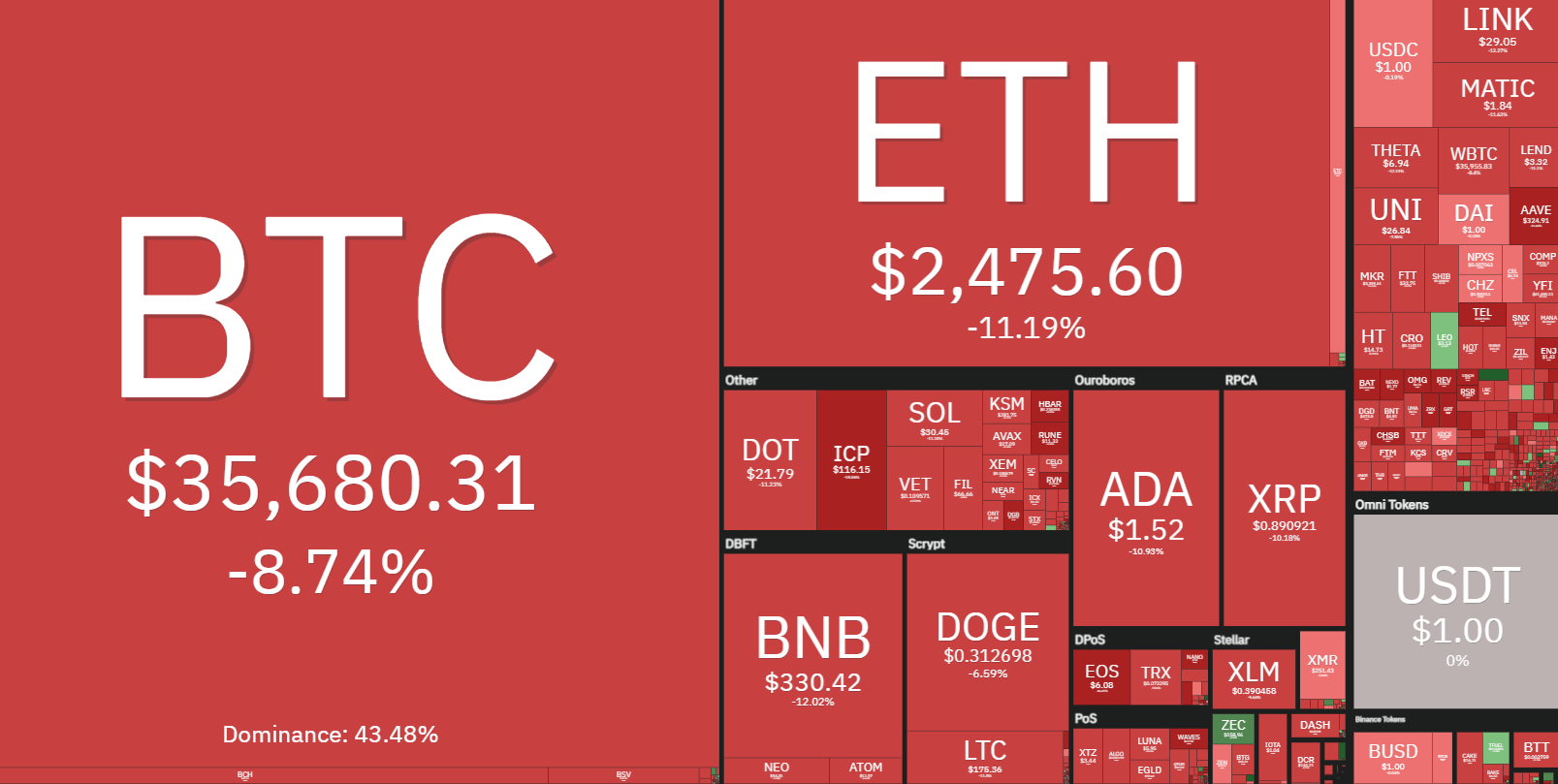 Joining the ranks: Bitcoin’s correlation with gold and stocks is growing