As an altcoin, Ethereum has been the leader in terms of its growth observed this year. The evolution of ERC-20 tokens along with the decentralized platform established on Ethereum were vital contributors to Ethereum’s performance. Although the beginning of the final quarter of 2020 did portray as though ‘DeFi was dead’, but that seems to have been just a hiccup.

Ethereum ecosystem has expanded with novel use cases and products that have been garnering the attention of the users. The list of ERC-20 tokens on the network has also expanded and currently, there were 313,006 ERC-20 tokens and the prominent ones being Tether [USDT] on Ethereum, Binance coin [BNB], Chainlink [LINK], Crypto.com [CRO], and USD coin [USDC].

OKEx’s OKB token was in the sixth position, however, given the OKEx stopping withdrawals for all crypto, the coin has been witnessing a drawback. 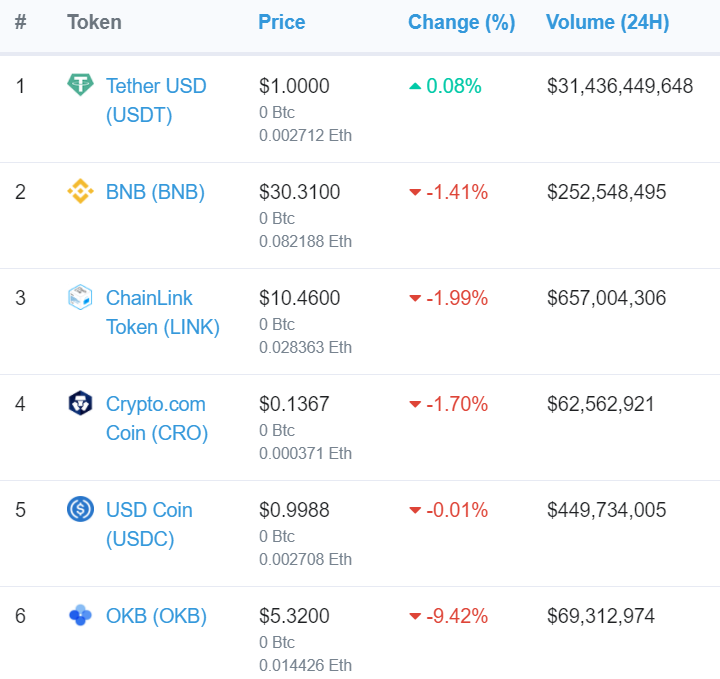 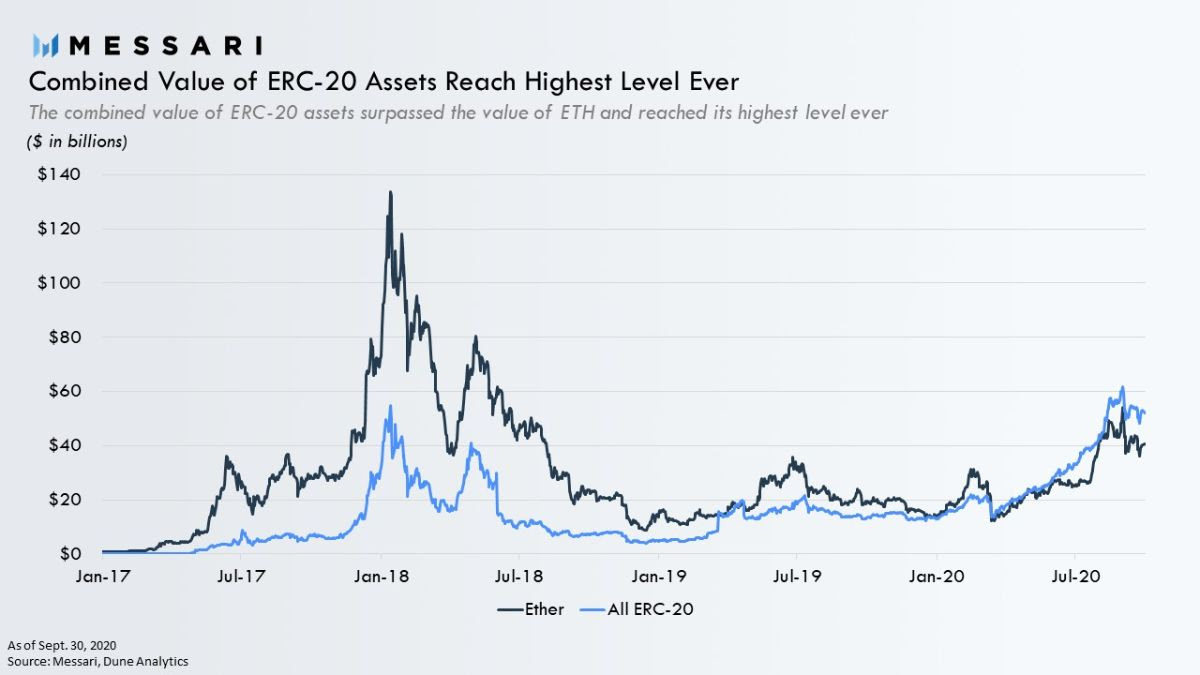 Data from Watkin’s research suggested that 56% of the value stores on Ethereum now incentivized economic activity beyond the maintenance and execution of the ETH blockchain. 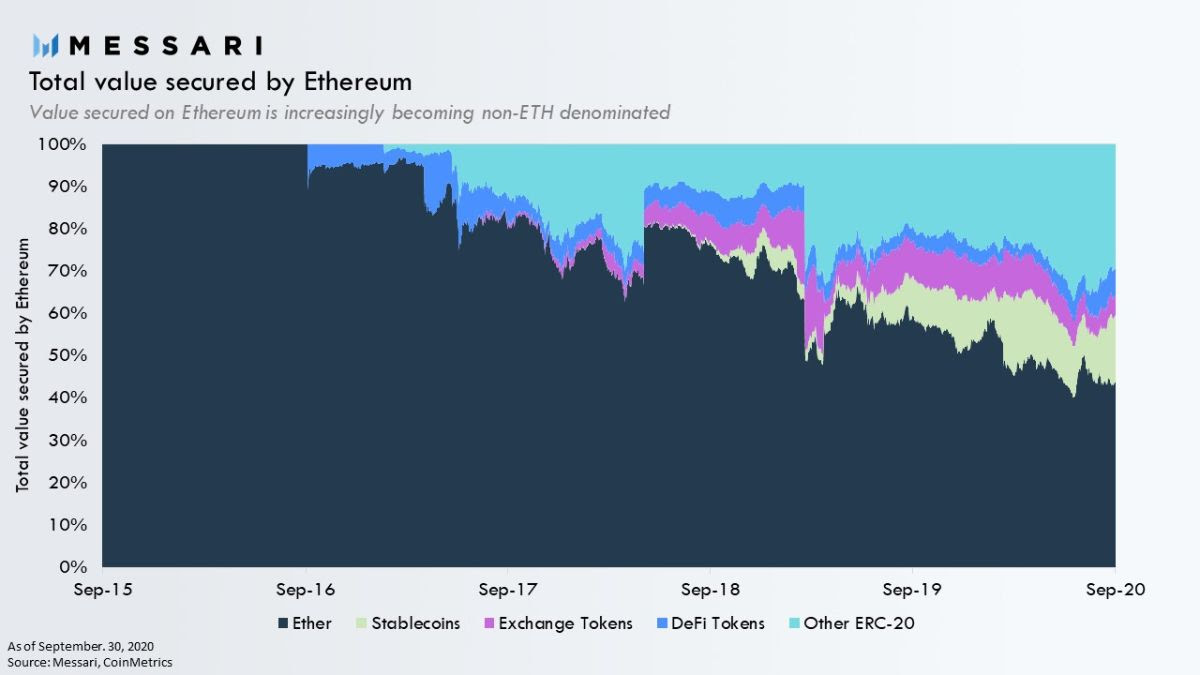 This growth has been mainly driven by stable coins and DeFi projects which resulted in the total value of all Ethereum assets to surpass $100 billion for the first time since 2018. The 2018 peak was the result of the 2017 ICO boom and to see such a momentum caused by stablecoins and the DeFi project, does invite questions on Ethereum’s independent growth.

However, as the work continues on ETH 2.0, the community expected solutions for various problems like congestion and scalability ailing the Ethereum blockchain. Its effectiveness will be tested upon release, until then ETH’s growth may be associated with mainly DeFi.

Tags: Ethereum’s, growth, of, Why

Yield farming project scams Ethereum users of $200,000 worth of Uni

Ethereum Gas Fees Drops by over 80% as DeFi Craze Subsides

Bitstamp, one of the world’s oldest and largest cryptocurrency exchanges, is replacing its CEO for the first time.Nejc Kodrič, the firm’s CEO who co-founded Bitstamp...

Sign up here for our new personal finance newsletter and follow us @Wealth on Twitter. While the pandemic has led to a decline in individual fortunes,...

Do you know your Americanisms as well as Prince Harry? Take our totally awesome quiz to find out!

THEY say the US and the UK are two nations divided by a common language – but not for Prince Harry. The Duke of Sussex,...