There is now over $1 billion worth of ethereum locked in ETH 2.0, the first phase of the network’s major upgrade that went live earlier this month. Data provided by Etherscan shows that there is roughly 1,543,937 ether in the ETH 2.0 deposit contract. Given the cryptocurrency’s current price of $648.26, this is equivalent to $1,001,428,416.75 worth of ethereum. It’s a significant feat as it is less than a month since ETH 2.0 was launched.

Deposits are often made to the contract in increments of 32 ETH by independent users and also crypto companies providing staking services. Kraken, for instance, sent approximately 100,000 ETH to the contract at the beginning of December on behalf of its clients. Other leading exchanges like Gemini and Coinbase have also launched ETH 2.0 staking features to their customers which will allow them to stake their crypto assets and earn rewards.

Ethereum staking rewards are in the form of annualized interest of circa 13.15%. This implies that a single stake of the minimum 32 ETH would bring in at least $2,650 over the one-year period at present ether prices.

Notably, the amount of ether sent to the contract has been increasing gradually since the eth2 deposit contract launched on November 4. Nov. 24 had been set as the date on which the requisite 524,288 ETH should have been reached in order to activate ETH 2.0 Beacon Chain.

Since Nov. 24, the contract deposits have increased by 115%, resulting in today’s total of 1,543,713. Moreover, the skyrocketing ethereum price has possibly fueled further interest to stake on ethereum 2.0. 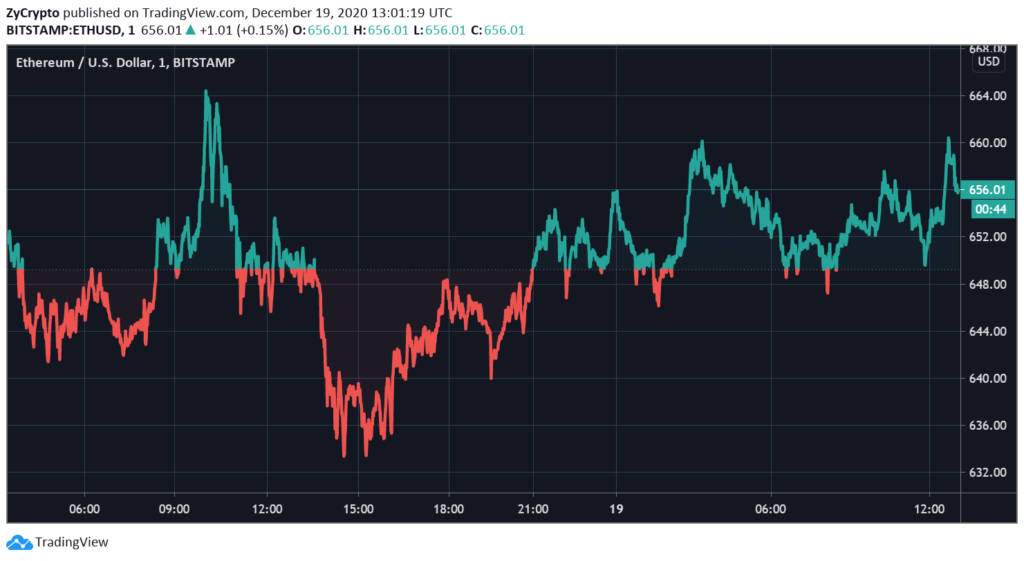 Phase 0 of ETH 2.0 is, however, still far from complete. While the first couple of weeks since the highly-anticipated launch have been promising, there is still much work to be done before progress to the next phase of development.