Ethereum rose to almost $980 today for the first time in precisely three years with it seeing a 20% daily gain and a market cap above $100 billion.

Today however the ratio has seen one of its biggest jump, up from about 0.023 to a brief 0.029 bitcoins. 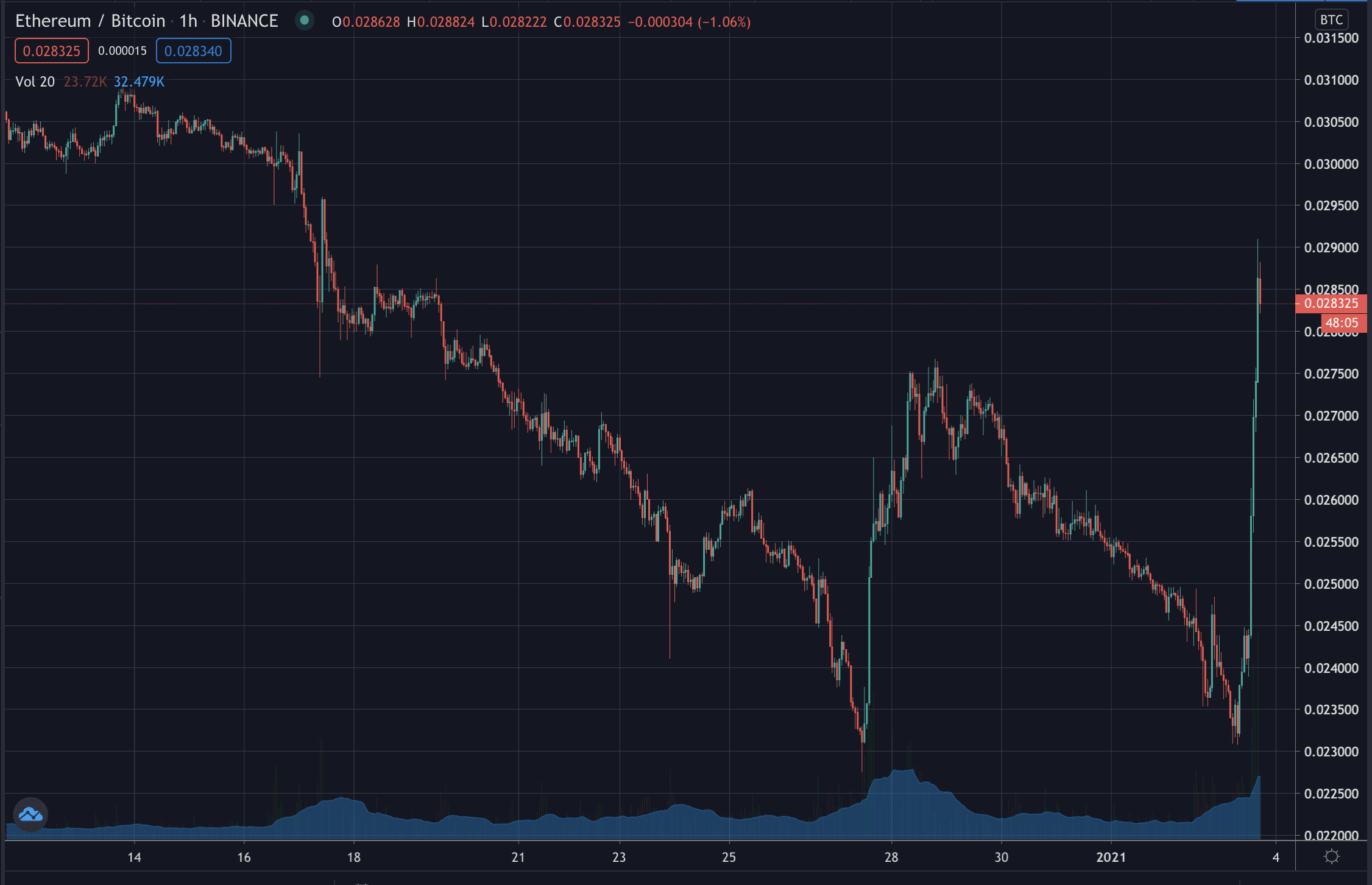 The main reason for eth’s rise is probably because bitcoin is rising with no eth specific news recently, except that ethereum CME futures are finally to launch on Wall Street next month.

The effects of that remain to be seen with it unclear whether they will be eventful at all, but it cements ethereum’s position as a serious crypto in addition to opening access to more traditional infrastructure.

That could facilitate more avenues for institutional investors to enter the eth market especially if they want to bet on the growth of the crypto economy.

An economy that in many ways has eth as a key part of it because of the whole market infrastructure built in decentralized finance (defi).

That facilitates a prototype code based financial market that is outside of the jurisdiction of SEC or anyone else while being globally accessible.

Making eth less gold and more the vault for your gold with billions in wBTC stored on the many financial smart contracts running on ethereum.

The currency may also get gold like qualities as it moves towards a full Proof of Stake network when inflation is expected at about 1% a year, in addition to the fee market modifications which burn the base network fee instead of giving it to miners or stakers.

Those are the two biggest changes to come to eth, but decentralized finance is the bigger story that transcends ethereum and makes the network very valuable for bitcoin as well as fiat savers who are seeing negative interest rates.

So the currency has jumped in value to open this new year at the doors of that big $1,000 on bitcoin’s birthday.

Bitcoin (BTC) slid under $33,000 for the first time in over a week on Jan. 21 as selling pressure gathered to drive price action lower....

Etoro has recently commissioned a report conducted by Aite Group. The report highlights the barriers for institutional adoption of Crypto trading and the steps needed to bring Crypto...