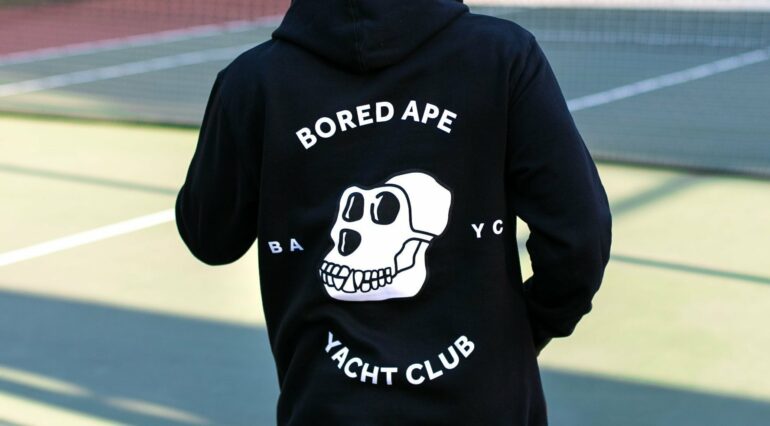 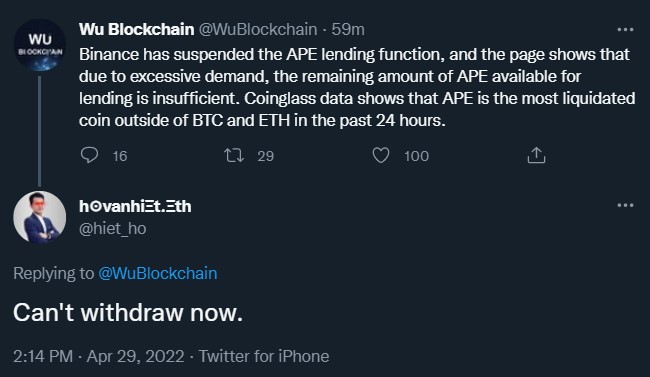 At the same time, according to Coinmarketcap, Apecoin’s 24-hour trade volume now ranks 4th after Tether, Bitcoin, and Ethereum. Roughly $7.418 billion worth of Apecoin has been traded in the last day compared to Tether’s $75.75 billion, Bitcoin’s $35.616 billion, and Ethereum’s $19.189 billion.

Apecoin Could Soon Eclipse its All-time High of $39.40 Set on March 17th

At the time of writing, Apecoin is trading at $22.23 and up almost 10% in the last 24-hours. The knee-jerk reaction of Apecoin’s price is attributed to the launch of the Bored Ape Yacht Club Metaverse of Otherside scheduled for tomorrow, April 30th. APE will be used to mint land on the Otherside Metaverse once launched.

Also, we’ve heard from the community that we should allot more time for users to set pre-approval for ApeCoin. So starting at 9am ET on 4/30, users will be able to do this. The actual sale will not begin until 9pm ET, a full 12 hours later.

Apecoin’s all-time high, according to Coinmarketcap, stands at $39.40. This value could be matched or eclipsed once Apecoin starts being utilized in the Otherside Metaverse ecosystem beginning tomorrow.

Starbucks to Venture into Web3 by Launching NFTs Later this Year