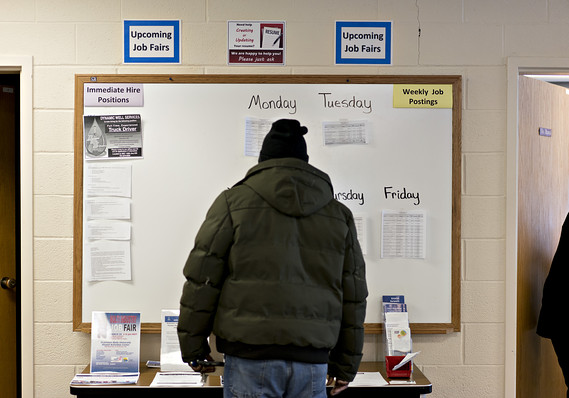 The numbers: The number of job openings nationwide fell in August for the third month in a row and hit a one-and-a-half-year low, coinciding with a decline in hiring that’s taken place against the backdrop of a slowing U.S. economy.

Job openings slipped to 7.05 million in August from 7.17 million in the prior month.

Although the number of jobs openings still easily exceeds the 5.8 million Americans officially classified as unemployed, they’ve declined almost 8% since the start of the year.

What happened: Openings fell the most in manufacturing and information services such as media and public relations, the Labor Department said Wednesday.

More job openings were available in trade, transportation and construction.

The share of people who left jobs on their own, known as the quits rate, slipped to 2.6% in August from 2.7% among private-sector employees. The revised figure for July marked a postrecession high.

Workers are more likely to quit one job for another when times are good, but stay in their current jobs when times are hard. Typically workers who move end up getting better pay.

The quit rate for private-sector workers bottomed out at 1.4% at the end of the 2007-2009 Great Recession and has hovered at or near a cycle peak of 2.6% for the past year.

The quit rate for all workers, including government employees, dipped to 2.3% from 2.4%.

Big picture: The number of job openings has gradually declined since hitting an all-time high of 7.63 million at the start of 2019. The pullback has taken place at the same time that hiring slowed.

Economists say a slowdown in the world economy, exacerbated by the trade fight between the U.S. and China, has played a big role in curbing U.S. growth. The positive effects of the Trump tax cuts and a burst of federal spending last year have also waned.