China must ‘live up’ to agreements: Curtis Ellis

Former Trump trade and jobs adviser Curtis Ellis weighs in on the strong U.S. economy with regard to the ongoing trade negotiations with China.

A new measure introduced by a bipartisan group of senators on Wednesday would block a U.S. government retirement fund from investing in Chinese stocks, after concerns that the investments would undermine national security and fund China's economic growth.

The bill would forbid the Federal Retirement Thrift Investment Board (FRTIB) from allowing its funds to be invested in mainland China. It comes after the board considered moving the Thrift Savings Plan — a retirement savings plan similar to a 401(k) for federal employees and members of the military — to a benchmark that includes Chinese companies by 2020.

WARREN VS. SANDERS ON MEDICARE-FOR-ALL: HOW DO THEIR PLANS COMPARE?

Some of those companies engaged in "human rights abuse and a wide-range of military-related activities, effectively funding the Chinese government and Communist Party's efforts to undermine U.S. economic and national security," according to the legislation, which was sponsored by Sens. Marco Rubio, R-Fla., Jeanne Shaheen, D-N.H., Kirsten Gillibrand, D-N.Y., Mitt Romney, R-Utah and Rick Scott, R-Fla. 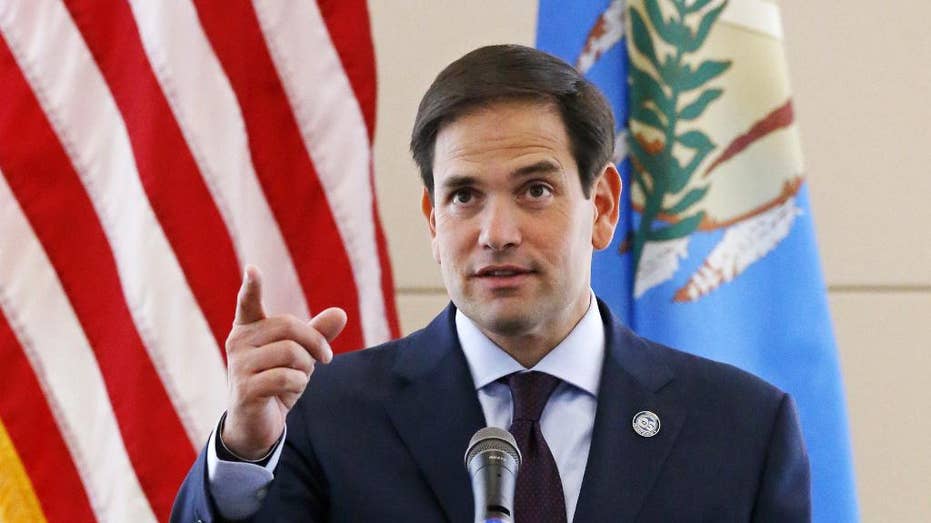 "America's investors should never be a source of wealth funding Beijing's rise at the expense of our nation's future prosperity," Rubio said in a statement. "And the TSP Board should not force U.S. service members and federal employees to unwittingly undermine the American national security interests that they work hard every day to protect."

In a letter addressed to FRTIB at the end of August, Rubio and Shaheen urged the fund to reconsider its decision, warning that $50 billion in retirement assets would be exposed to "severe and undisclosed material risks" associated with the Chinese companies on the MSCI index.

FRTIB spokeswoman Kim Weaver told FOX Business the board plans to revisit the index decision, and letters that Rubio and Shaheen sent to the fund, at a Nov. 13 meeting. She declined to comment further.

The proposal comes at a precarious time for U.S.-China relations, as the world’s two largest economies try to finalize phase one of a deal to end an 16-month trade dispute. It also comes as Beijing grapples with massive pro-democracy protests in Hong Kong, which have been backed by a slew of American lawmakers.