“I’ve got a great deal for you. Can’t lose. But hurry… the easy money won’t last long.” 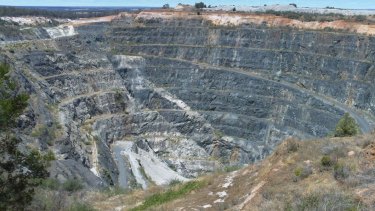 The Greenbushes lithium mine in Western Australia.

It’s never quite that obvious, of course, but that’s the inference.

And it’s worse when other people are already (apparently) making a fortune. As super investor Charlie Munger once said: “It’s not greed that drives the world, but envy.”

And the rabbits are off and running. Again.

The above could have been written at almost any time in modern history.

Start with a plausible idea. Show how big that idea could become, then point to the money that other people are making.

So far, so good. That could describe housing. Amazon shares. Our banks. Berkshire Hathaway shares – all real, long-term, money makers.

But then there are the bubbles, involving the complete suspension of disbelief – or perhaps just overriding envy and greed.

What makes bubbles is a genuine kernel of an idea, blown out to prices of plain silly proportions.

Unfortunately for many investors, this isn’t only the stuff of ancient history.

In 2015, materials market disrupter graphene – in layman’s terms, a single layer of graphite atoms, apparently – was supposed to be the "Next Big Thing."

Headlines like “WA's Talga Resources hopes to capitalise on graphene boom” and “Graphene to disrupt commodity demand” were written. It was, apparently, going to be huge.

However, interest soon peaked in April, 2015, before quickly fading. The wonder material has since fallen off investors’ radars.

More recently, speculation moved has on to another mineral – lithium.

Now back to our "How Big" question. The answer, of course, is – or was – electric cars.

The more cars Tesla made, the more excited the lithium bulls became.

Yes, those references are in the past tense. Since the 2018 highs, the shares of both Galaxy Resources and Orocobre have halved.

Shareholders let reason get swamped by greed. They let envy – and a rapidly rising share price – suck them in.

Someone made money from lithium stocks but it wasn’t those who, at the peak of the enthusiasm in 2018, decided they couldn’t sit back while others were making money.

Maybe a lot more lithium is needed in the coming decades. And, in all likelihood, more mines and more miners pop up to satisfy the rising demand, keeping a lid on the commodity price.

If I was a betting man, I’d put my chips on rising demand matched by rising supply. That means prices are unlikely to skyrocket and stay high forever.

However, one thing for sure, just like nickel in the 1970s, graphene in 2015 and lithium today, there’ll be another Next Big Thing right around the corner… just waiting to take half of your investment away.

The US mass protests are raising eyebrows around the world, but China is watching with particular interest. As anti-racism protests sweep across the US, Beijing...

LAGS at the prison where Madeleine McCann’s suspected killer is caged are allowed to carve woodwork for children. "Sensitive" inmates at JVA Kiel, in Schleswig-Holstein,...

UPDATED, 5:15 PM: While the NHL and its players continue to negotiate a deal to resume the paused 2019-20 season, the league has unveiled plans...