Trump arrives for dinner at the G-7 summit

The president arrives to dine with other world leaders on the first evening of the G-7 summit.

President Donald Trump and leaders from the Group of Seven gathered Sunday morning to begin their talks on the possible threats to the global economy.

France, Britain, Italy, Japan, Germany, the European Union and Canada are expected to talk trade and work to resolve disputes, including the escalation of tariffs between the U.S. and China.

The first working session comes after a meeting between Trump and British Prime Minister Boris Johnson on trade deals amid the fast approach of an October 31 Brexit deadline.

When asked by reporters if he had any advice for the prime minister, Trump said “[Johnson] needs no advice. He is the right man for the job.” 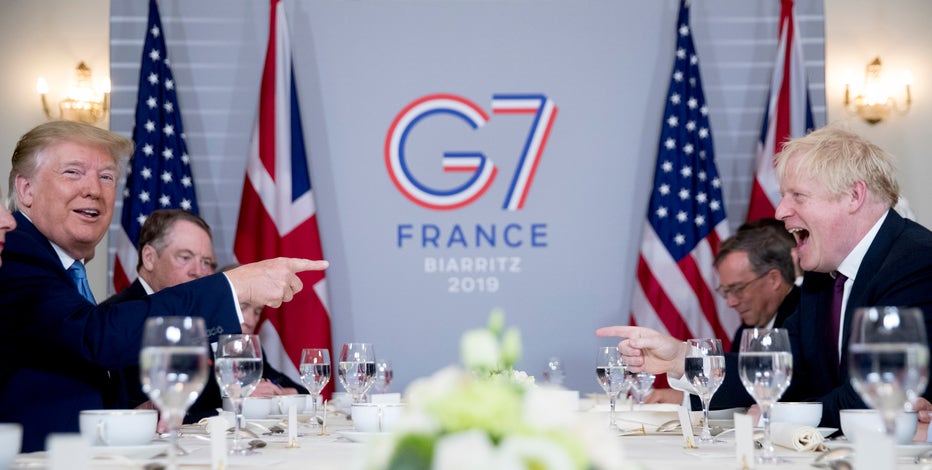 Trump has Johnson’s back on tough approach to Brexit

In their first meeting since the prime minister took office last month, the president said the U.K. chose the “right man for the job.”

“You’re on message there,” Johnson replied.

It’s the first meeting between the two leaders since Johnson took the job last month.

Bitcoin Loses $600, but Is This Latest Drop Just a Fluke? | Live Bitcoin News

Bitcoin To Explode By 80% Before Halving According to Past Cycle Comparison
We and our partners use cookies on this site to improve our service, perform analytics, personalize advertising, measure advertising performance, and remember website preferences.Ok