Lebanon was already suffering a severe economic crisis, made worse by the coronavirus pandemic, when an explosion ripped through the port in capital city Beirut, killing at least 154 people and injuring over 5,000 others.

But now, Lebanese citizens will have to focus on rebuilding a city steeped in both physical wreckage and financial ruins, an undertaking that could cost the nation up to $15 billion, according to Reuters.

The blast obliterated nearly 85 percent of Lebanon's grain silos, destroying the country's major source of grain stockpile that was being stored at the port. 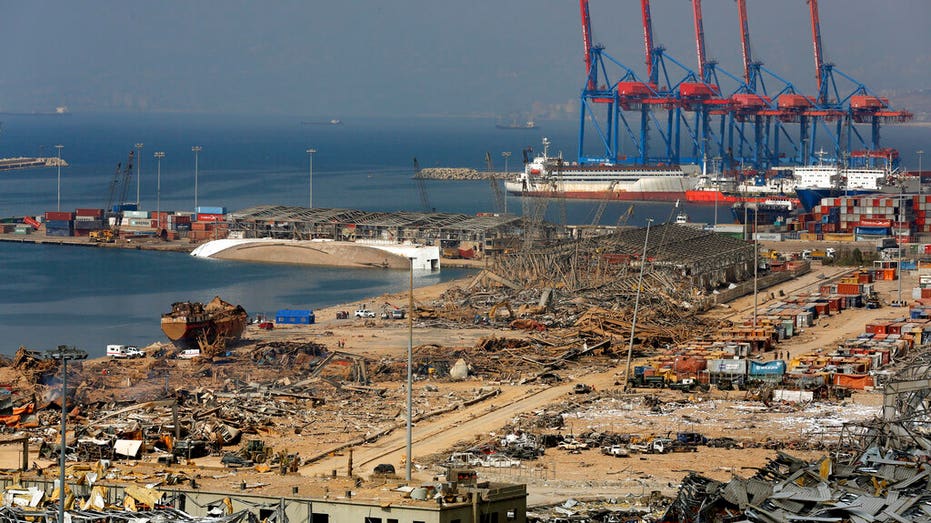 The port area lies in devastation following this week’s massive explosion in the port of Beirut, Lebanon, Friday, Aug. 7, 2020. Rescue teams were still searching the rubble of Beirut’s port for bodies on Friday, nearly three days after a massive expl

The now-destroyed port– where 2,750 metric tons of ammonium nitrate, which is used in agricultural fertilizer, detonated– was previously the main source of the city's 1.2 million metric tons of wheat imports that are majority shipped from Russia and Ukraine.

Some 80 percent of the country's wheat supply is imported, according to the U.S. Agriculture Department, and domestic production of wheat only covers 10 percent of the Middle Eastern country's consumption — which usually is around 35,000 to 40,000 metric tons a month.

“In terms of grain silos, that was the only major one,” Maurice Saade, the U.N.’s Food and Agriculture Organization (FAO) representative in Lebanon, told Reuters, admitting that the country has no other stockpile or reserve to fall back on for its estimated 6 million citizens who now face the fear of a food shortage.

“The Beirut port silo main function is not meant to be for strategic grain reserves. Its main function is operational serving as temporary storage for imported grain until the grain is transported to the mills,” he said.

Officials told Reuters the country has less than a month's worth of grain reserves left. 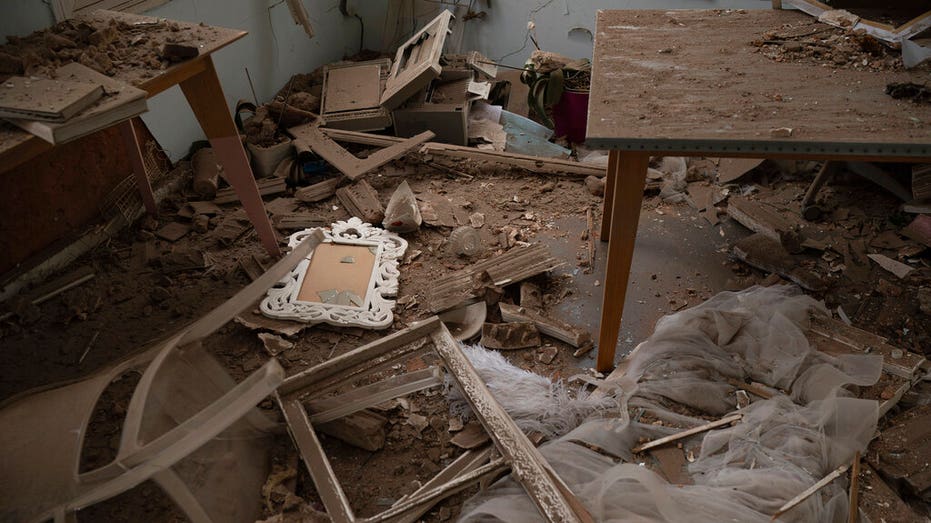 Debris lay inside a damaged apartment at a neighborhood near the scene of Tuesday’s explosion that hit the seaport of Beirut, Lebanon, Friday, Aug. 7, 2020. Rescue teams were still searching the rubble of Beirut’s port for bodies on Friday, nearly th

International aid from France, the U.S., Australia and other countries began pouring into Lebanon following the explosion.

Nearly 300,000 people have been left homeless by the blast, but even before that Lebanon was entering its eleventh month of economic crisis exacerbated by government corruption and mismanagement of resources. Lebanon also saw an influx of more than one million Syrian refugees, more than 200,000 Palestinian refugees, and more than 18,000 other displaced people from nations such as Iraq and Sudan, all fleeing to a country that too is facing food scarcity and water shortages, according to the United Nations. 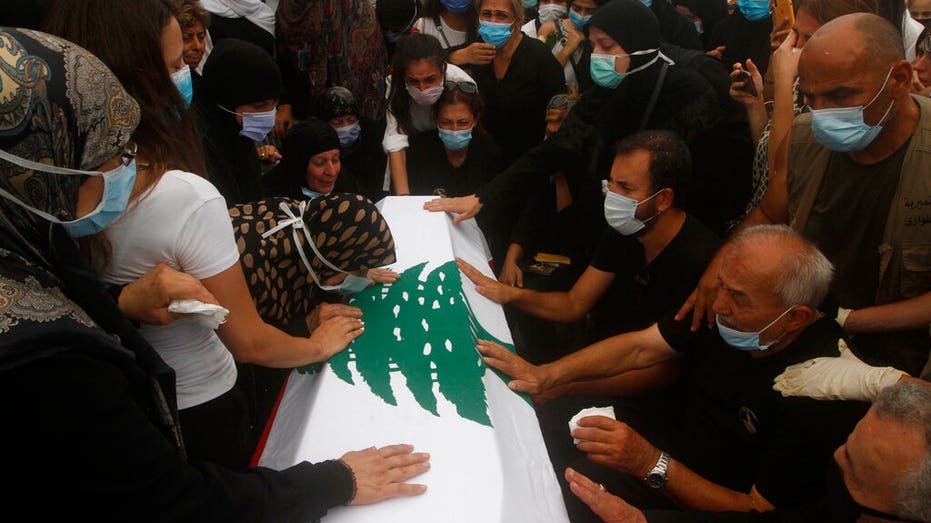 Relatives of Lebanese army lieutenant Ayman Noureddine, who was killed by Tuesday’s explosion that hit the seaport of Beirut, mourn over his coffin during his funeral procession, in Numeiriyeh village, south Lebanon, Friday, Aug. 7, 2020. (AP Photo/M

Inflation created an even bigger hurdle as the price of food skyrocketed, becoming an additional hindrance to the nearly 45 percent of the population that already lives below the poverty line, according to AFP. About 33 percent of people are unemployed.

About 49 percent of Lebanese are reportedly worried about their ability to access enough food, and 31 percent of them say they were unable to eat healthy and nutritious food over the course of a year, according to information collected by the United Nations Economic and Social Commission for West Asia.

Hospitals in the vicinity of Tuesday's blast were flattened, forcing nearby hospitals still standing to quickly become overburdened by the influx of injured people. Hospitals were already facing capacity issues due to the coronavirus, which has killed 70 people in the country and infected 5,672 others. 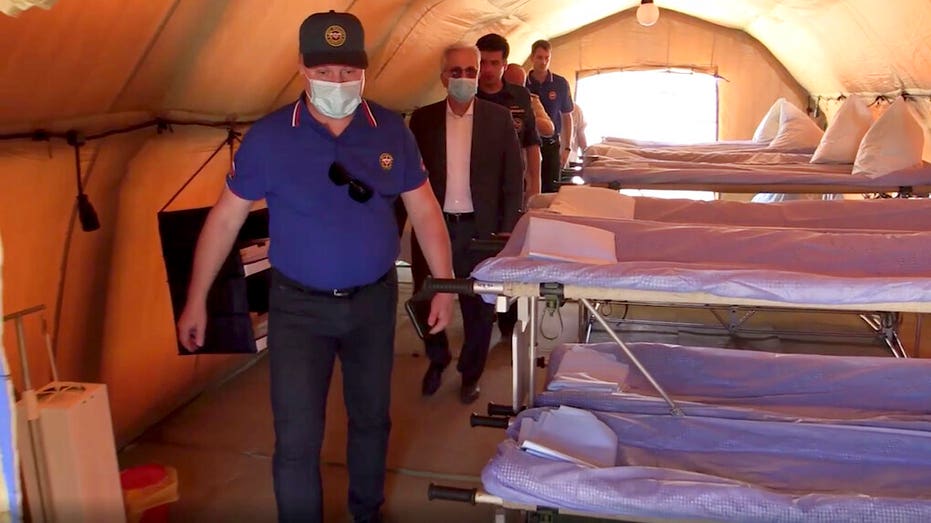 Under-Secretary-General for Humanitarian Affairs and Emergency Relief Mark Lowcock said the agency is releasing $6 million to respond to the devastating explosion at Beirut’s port, bringing the total U.N. funding for relief efforts to $15 million.

The latest money is intended for trauma care and other urgent hospital needs, the repair of damaged homes for the most vulnerable people, and for logistical support.

The money from the Central Emergency Relief Fund comes on top of $9 million in funding released from the U.N.'s Lebanon Humanitarian Fund to address primary health needs and to provide food assistance.

"It's an economic crisis, a financial crisis, a political crisis, a health crisis, and now this horrible explosion," Tamara Alrifai, spokesperson for the UN Relief and Works Agency for Palestine Refugees in the Near East, told Reuters. "So there are many layers to what is happening in Lebanon that is constantly testing the ability of the Lebanese and the refugees who live in Lebanon to be resilient."

President Donald Trump called for Joe Biden to take to a drug test before Tuesday’s presidential debate, repeating a claim, without evidence, that the Democrat’s...

We will use your email address only for sending you newsletters. Please see our Privacy Notice for details of your data protection rights.The shock warning...

New York (CNN)Shoppers walking into select Hy-Vee grocery stores can now pick up a new pair of shoes in addition to their eggs, milk and...