There is a curious and cruel paradox that anyone who has experienced poverty knows – the less money you have, the more everything costs. It’s sometimes called “Boots Theory” after a character in a Terry Pratchett book who reflects on how a really good pair of boots that cost $50 would keep your feet dry for 10 years, but an okay-ish pair of boots that cost $10 would only last a season.

Rich people get richer, he surmises because they spend less – $50 every 10 years instead of $100.

Mention this poverty tax to any frontline Salvos worker and they will tell you stories: of the harried mum driving on bald tyres because even though she knows a fine (let alone an accident) will cost more, she needs to feed her kids. Of the young person buying expensive ready meals, knowing that cooking from scratch is cheaper, but they don’t have access to a kitchen. 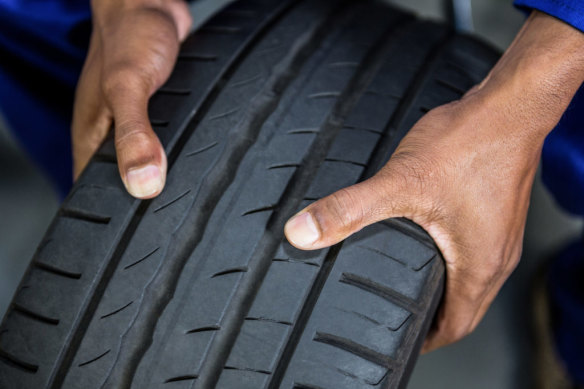 Many of those struggling with the cost of living are driving around with bald tyres, worried they won’t be able to afford enough to eat.

The people we see make every dollar stretch to an astonishing limit. They make heroic budgeting choices. Seventy-seven per cent of the people we surveyed recently fear they will not be able to afford enough food for their families to eat – they said they felt shame and guilt.

Which makes it hard to hear the government using much the same language to say no to raising JobSeeker. There simply isn’t room in the budget to allow people to live with dignity.

Like driving on bald tyres or buying okay-ish boots, the government has also fallen for a false economy, but we will be the ones paying the poverty tax. Putting off raising JobSeeker to a reasonable level might save money in the short term, but it is going to cost us a lot more in the
long.

We are all familiar with the phenomenon of people showing up to emergency rooms because they can’t afford a GP. At the Salvos, we see people needing costly medical interventions that could have been easily avoided if only they could afford their medication. How much does that cost the health system?

There is a well-documented link between financial hardship and an increase in the severity and prevalence of family violence. Financial hardship after leaving an abusive relationship makes it harder for victim survivors to rejoin the workforce. Family violence costs Australia at least $34 billion a year. How much of that is because we don’t have adequate income support?

At the Salvos, we see poor mental health everywhere. It is a cause, result and amplifier of every other form of hardship. Mental health costs Australia around $200 billion a year. How much of that could be prevented by letting people live with dignity?

Child poverty leads to poorer educational, employment and health outcomes, intergenerational welfare dependence, lost revenue and ongoing government expenditure. It costs the UK around £78 billion a year. In the US, it could be as high as $1 trillion.

The cost to New Zealand could represent as much as 9.1 per cent of their total GDP. We don’t know how much it costs Australia – but it won’t be less.

These days every Australian can sympathise with the idea that we can’t afford something, but that’s not really true of JobSeeker.

The Opinion newsletter is a weekly wrap of views that will challenge, champion and inform your own. Sign up here.

Home affordability: A third of the Australian population doesn’t own a home, two thirds do, so which group do politicians want to look after? Is that why they can’t answer a very simple question about Australian house prices?

The energy gap: A recent breakthrough in the creation of nuclear fusion energy is good news for climate change, but what will human civilisation do to get through the next 20 or 30 years until it becomes a reality? And will we get there?

Quick exit: Australia’s young voters are walking away from the Coalition. How does the Liberal party get them back, and why are young Australians turning away from party values – individual freedom, equality of opportunity and reward for effort – in the first place?