For most of us, housing involves trade-offs. Some compromise on space to be close to jobs. Others settle for bigger, more affordable housing a long way from major employment hubs, and put up with long commutes. The juggle becomes even more complex once schooling and family care responsibilities are added. 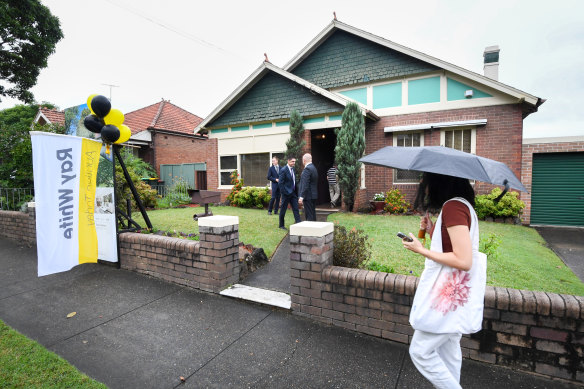 Property prices are always in the headlines. But we hear less about the profound ways housing trade-offs shape our big cities and influence important life choices, such as how many children to have, or where to work.

Recent fertility and population trends across Melbourne and Sydney have underscored these effects. A report by consultancy firm KPMG shows fertility rates in the inner suburbs of our two biggest cities have fallen to very low levels.

In the inner Melbourne statistical district, the total fertility rate last year was just 0.94, less than half the level needed for a population to replace itself from one generation to the next. The rate in the city’s inner east was only a little higher at 1.16.

It was a similar story in Sydney. The city and inner south statistical district, which includes the CBD and surrounding suburbs, had a fertility rate of 1 while the north shore (1.36) and eastern suburbs (1.37) were not much higher.

The total fertility rate measures the average number of children expected to be born to women during their reproductive years.

Many factors influence women’s decisions about the timing and number of children they have, including education attainment, careers and economic circumstances. Unexpected shocks play a role, too. The uncertainty created by COVID-19 caused fertility rates to dip in many countries, including Australia. Greater Melbourne’s total fertility rate had one of the largest declines, from 1.66 in 2018 to 1.46 in 2021.

But Terry Rawnsley, a KPMG demographer and urban economist who authored the report, says the cost of housing in Sydney and Melbourne is also having a major effect on fertility patterns. His analysis draws attention to huge differences in fertility rates between wealthy inner-urban suburbs and outer suburbs where rates were relatively healthy.

“When you’re living in a two-bedroom inner-city apartment, having two or three children is challenging,” Rawnsley says. “Areas with larger and more affordable housing tend to have higher fertility rates.”

The average age at which Australian mothers give birth has been rising over time but research by Macquarie University demographer Professor Nick Parr shows the trend has been especially pronounced in areas with expensive housing. He analysed birth rates across Sydney suburbs between 2011 and 2015 and found that, in virtually every neighbourhood to the city’s north, east and inner south, more than 70 per cent of births were to women aged over 30. Each one of those districts has very high property prices.

Parr concluded child-bearing is being “compressed into the later part of the reproductive age period” across much of the city.

Interviews with female workers aged under 40 for Sydney University’s Women and the Future of Work Project in 2018 found many were anxious about balancing home ownership with their careers and other life choices, especially having children. Respondents often described making major trade-offs as they juggled their employment with motherhood and buying a home.

The latest census revealed a “red wall” of suburbs running through Melbourne’s wealthy inner-east where the population declined between 2016 and 2021. The wall stretched north from St Kilda and Elwood through Prahran and Toorak to Kew and Camberwell.

Sydney had a comparable “red ring” of suburbs surrounding Sydney Harbour where numbers fell in the five years to 2021. The population of Sydney’s eastern suburbs contracted by 2.1 per cent between 2016 and 2021.

Meanwhile, suburbs on the outskirts of both cities, with inferior transport and other services, experienced massive growth. For many in those new growth areas, the location of their housing hampers career opportunities because of a lack of job opportunities nearby.

“The structure of the city can put limits on the ability of people to contribute by making it difficult to match their skills with the right job,” says Alison Holloway, a transport and planning expert at SGS Economics & Planning.

“You often find only one person in a family can do a long commute, so one person in the household finds a job closer to home, because of family responsibilities, but that can mean they are under-employed, or in a job that does not make full use of their skills and qualifications. And that’s a loss to the whole economy.”

The fertility and population trends at work in Sydney and Melbourne highlight two big challenges: the need for increased supply of diverse housing types in well-located inner-city districts and to ensure that workers in growth areas have improved access to job opportunities.

Matt Wade is a senior economics writer at The Sydney Morning Herald and The Age.

The Opinion newsletter is a weekly wrap of views that will challenge, champion and inform your own. Sign up here.

More from our award-winning columnists

An anxious nation: Mortgage stress, COVID burnout, extreme weather and the cost of living crisis – no wonder Australia’s status as the “lifestyle superpower of the world” is under threat – Nick Bryant

The future of democracy: Australia must learn from America’s descent into extreme inequality, which has led to deep discontent. It must also do more to civilise “social” media – the great amplifier of hate – Peter Hartcher

Behind the interview: Shane Warne may have been the greatest bowler legendary interviewer and cricket lover Michael Parkinson has ever seen, but he’s not his favourite interview – Peter FitzSimons