Top gainers and losers of the week 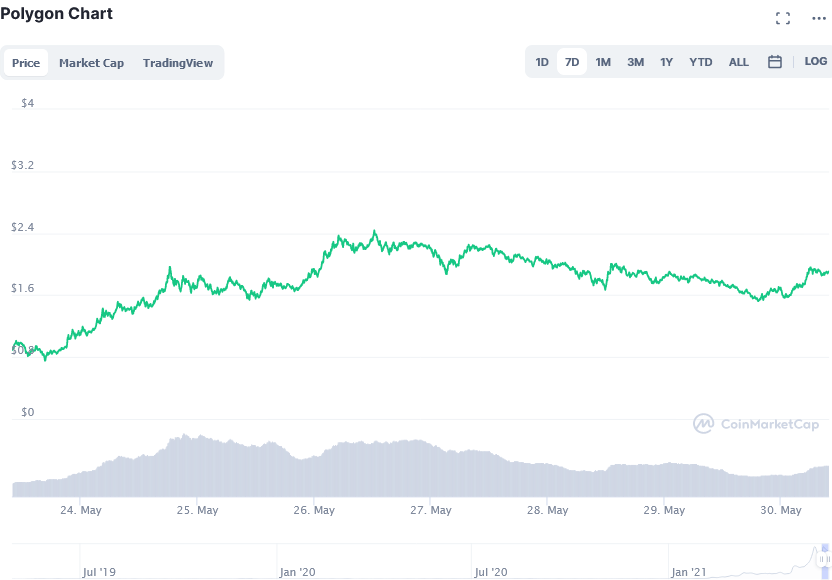 Bitcoin is struggling to recover

BTC is changing hands at $35,770  which is a big loss to several investors who predicted further growth after the coin registered a new all-time high of $64,000 in April. Unfortunately, the rally has ended with Bitcoin declining by over 44.65%, and it’s hard to predict its next price movement.

However, at the beginning of the week, BTC had a market cap of $602.681 billion but at press the MC is standing at $674.314 billion, indicating that the coin is experiencing a positive trajectory. 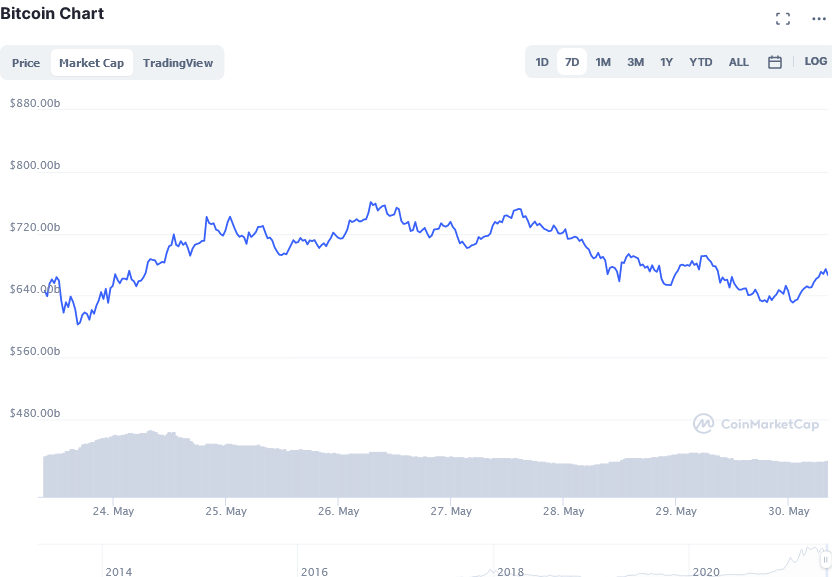 Bull run among the giant coins 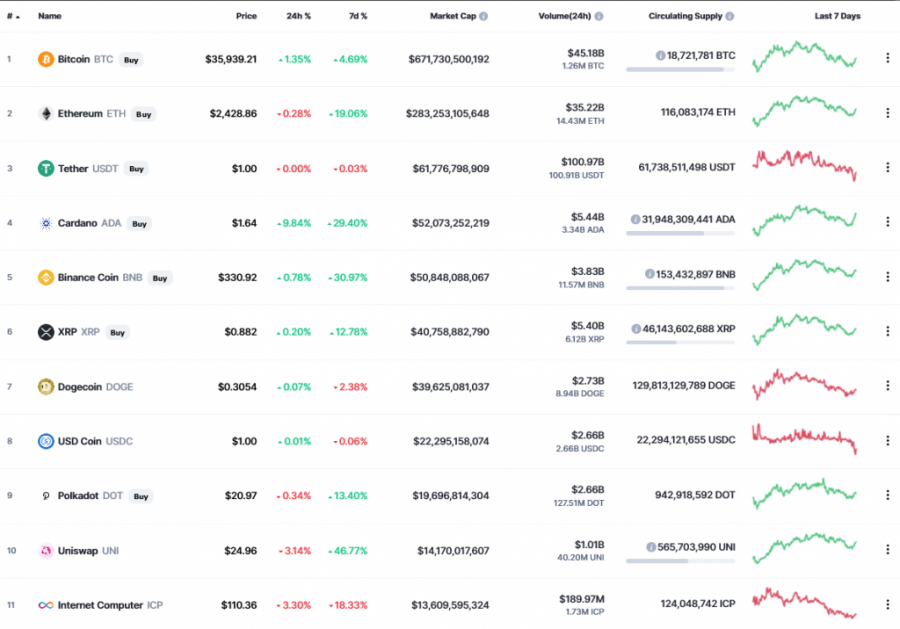