Marketing through sports sponsoring is not a new thing. We have been observing the FX/CFD industry making use of it for quite a few years now. However, 2021 brought an explosion to an already dynamic trend in sponsorship deals. On top of that, Crypto firms started to use this method of promotion. Where will this trend end, and is there still room for additional sponsorship?

Back in 2019, Finance Magnates conducted research on the subject of sport sponsorship in the FX/CFD industry. Mostly, it was focused on motor racing, but we also discussed some football-related deals. At that time, this form of marketing was not as widely used as it is now. Today, it looks like most of the bigger FX/CFD firms are already sponsoring some sports team or a publicly known personality.

The third quarter of 2021 was a really hot period when it comes to sponsorship. Retail FX/CFD brokers concluded a record number of sponsorship deals with athletes and teams from around the world. Finance Magnates reported on more than 27 such collaborations, with the investment company, eToro proving to be the most active in this field.

Stephen L. Pearson, the CEO of Sports Media Gaming Ltd., explained: “eToro has been the most active in the space but also quite clever in its approach. Instead of sponsoring a single top team, it has opted to sponsor multiple medium and smaller size teams.” It looks like eToro might have been the first sponsor from the CFD industry to try this method. We can already say, that they are not the last. At the end of October, IC Markets signed sponsorship agreements with six clubs from German Bundesliga. 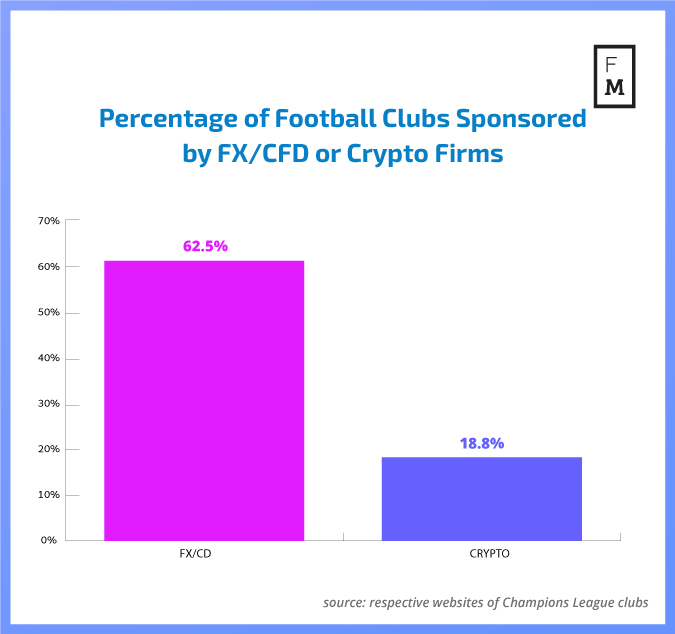 What does it mean for the CFD industry? Will more brokers dare to follow this approach presented by eToro? Which football clubs are already in a sponsoring agreement with the FX/CFD industry, and what other sports can be a vehicle for the marketing efforts of brokers?

To get the full article and the bigger picture on the sport sponsoring trends in the FX/CFD industry, get our latest Quarterly Intelligence Report.

Annual€1,7804 issues per Year-Digital Version delivered to your email