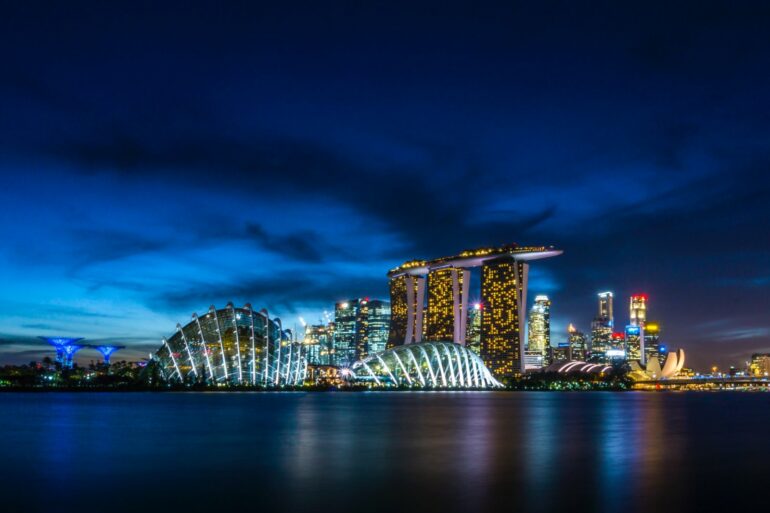 Over 1,000 Singaporeans Lost Money Through LUNA and UST

The report by the Reddit user goes on to state that he was a concerned citizen who lost money in the ‘Luna Cryptocurrency Scam.’ Additionally, he made the police complaint to seek justice on behalf of those who lost money.

He estimated that over 1,000 Singaporeans had invested in LUNA and UST and that the latter was sold as a stablecoin. A screenshot of the police report can be found below. 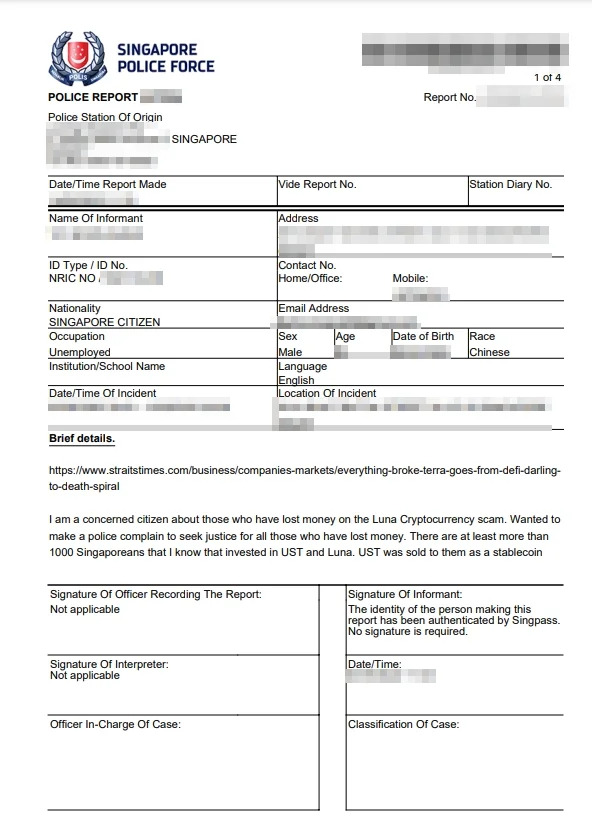 The post on Reddit regarding a police report against Do Kwon has elicited several responses on the platform. Below is a sample of the responses from a few community members.

dealing with crypto is high risk. the police won’t get your money neither will they do anything to Do Kwon – by kyuno

I’m vested in crypto but yeah, this is silly. When times are good the cult like crypto fanbois smugly shit on fiat and brag how good decentralised and unregulated currency is. Now they’re crying for help. Lmao. – by sukeguto

The money is gone gone. Now KO’d does not have any money to refund. The terra-luna ecosystem algorithmically printed itself into worthlessness due to a fundamental flaw in how the terra-luna ecosystem works. Every investor should have known this should they have read the audits that was done on it and realised there was this flaw stated in it. – by tatabusa

News of a possible police report to Singaporean authorities against Do Kwon comes less than a day after the founder of Terra (LUNA) posted on Twitter that he felt ‘heartbroken about the pain [his invention had] brought’ on everyone. Mr. Kwon had also stated that he did not sell any of his LUNA or UST during the depegging crisis and subsequent inflation of LUNA.

However, his admission of guilt might be the genesis of potential lawsuits, as explained by Timothy Peterson of Cane Island Alternative Investors through the following Tweet.

An attorney's wet dream of an acknowledgment of liability. Let the lawsuits begin! pic.twitter.com/VjQZFYAafQ