According to an official press release, the appointment of Win will take effect from 1 July 2021. He will succeed Chew Sutat, the current head of GSO at SGX. Sutat spent more than fourteen years at the Singapore Exchange.

Looking Forward to Meeting You at iFX EXPO Dubai May 2021 – Making It Happen! 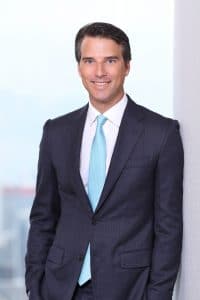 Win has joined SGX from Goldman Sachs Hong Kong where he served as a Managing Director. He spent more than 20 years at Goldman Sachs. In his latest role, Win was heading Southeast Asia Financial Institutions and Fintech.

Commenting on the latest announcement, Loh Boon Chye, Chief Executive Officer of SGX, said: “As we enter a new growth stage, we are pleased to welcome Pol de Win to SGX. He adds perspective and experience honed from a vast network of relationships with regional issuers, global investors and major exchanges. With Pol’s leadership, we look forward to broadening and deepening the businesses Sutat and the team have built.”

Earlier this month, SGX reported its trading volumes for April 2021. The exchange saw a jump in the overall FX volume as INR/USD futures increased 38% to 1.4 million. In March 2021, Singapore Exchange welcomed Haitong International Singapore, a leading financial services provider, as a clearing member in its securities and derivatives market. Earlier this month, SGX announced a partnership with DBS and Temasek.

SGX highlighted the significant contributions made by Sutat as an important part of the team. He joined the company in 2007. “Sutat has been a valuable colleague and member of the SGX executive management team over the years, pioneering platforms and products that are a key feature of SGX’s business today. We would like to thank him for his leadership, service and commitment in elevating the significance of our capital markets, and along with it the expansion of SGX’s international business,” Chye added in the official announcement.