On 23rd August, NEM [XEM] announced on Twitter that it is available to trade on the Bitpanda platform starting today. The announcement comes after Bitpanda had earlier in August stated that they will soon be listing XEM on their platform. 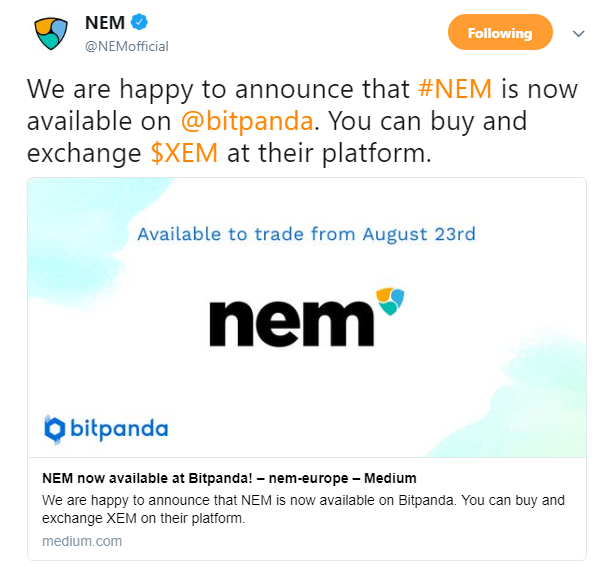 According to CoinMarketCap, at the time of writing, XEM is ranked #17 on the cryptocurrency charts, with a market capitalization of $876 million and a price of $0.09.

On 14th August, Bitpanda had announced on Twitter that they would be listing NEM on their platform. Post the announcement from Bitpanda, NEM saw a hike in price as the digital currency was trading with a market capitalization of $1 billion and a price of $0.12 on 18th August. 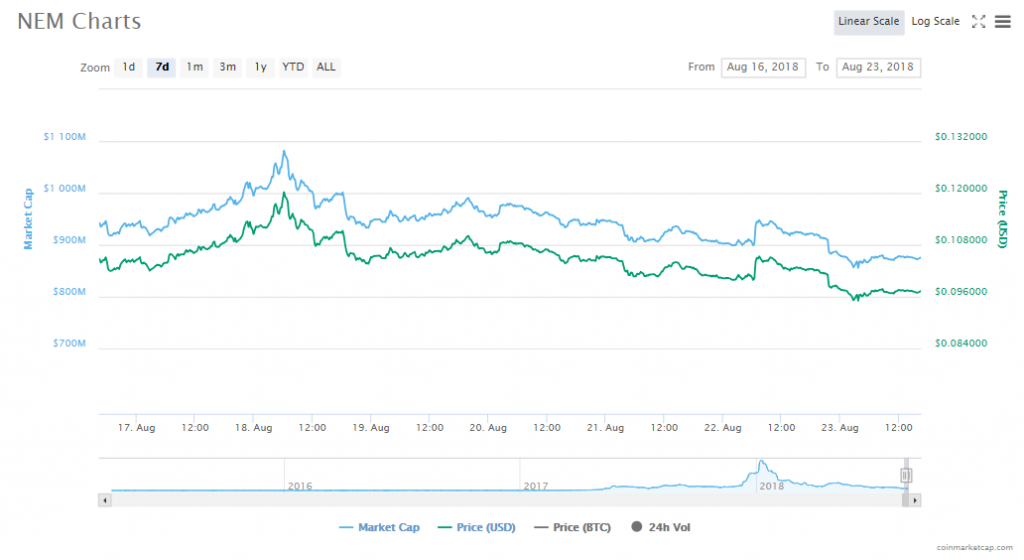 NEM is a distributed ledger technology platform which functions as a ‘permissioned private blockchain’. The platform delivers industry-leading transaction rates for internal ledgers. NEM is based on the Proof of Importance [POI] consensus, a NEM innovation. The algorithm uses network theory to allocate a rating to each person’s account and their importance in the network.

Bitpanda is a European retail exchange platform where users can buy and sell cryptocurrencies such as Bitcoin, Ethereum, and Ripple. The fintech company is based in Vienna and Austria.

Last week, Coinspot, an exchange platform that is popular in Australia listed XEM on its platform. Furthermore, Coinspot collaborated with the NEM foundation to further the growth of the cryptocurrency and blockchain ecosystem in Australia.

On 21st August, NEM Australia officially launched its NEM blockchain hub during The BlockConscious Summit in Fortitude Valley, Brisbane. During the same week, the NEM Philippines team signed a partnership with Ateneo de Manila University in Manila to build the Amber Laboratory. The laboratory will be the first university-based blockchain research lab to be launched.

NEW YORK (Reuters) - The dollar slipped on Friday, as its safe-haven allure diminished, on hopes of a potential vaccine for the novel coronavirus that...