Cryptocurrency exchange platform Hotbit has shut down all of its services after an attempted cyberattack on Thursday.

“Hotbit just suffered a serious cyber-attack starting around 08:00 PM UTC, April 29, 2021, which led to the paralyzation of a number of some basic services,” a notice on the platform’s website reads.

The hackers were reportedly unsuccessful in gaining access to Hotbit’s wallets but did manage to compromise the platform’s user database. Thus, the Hotbit team has advised customers to disregard any communication from entities claiming to be representatives of the exchange.

With all normal operations currently paused during the ongoing maintenance, Hotbit also revealed that pending trading orders are canceled to prevent losses. Also, the exchange promised to bear any losses stemming from exchange-traded funds listed on its platform during the duration of the maintenance.

According to the Hotbit announcement, the maintenance will last for at least seven days with reports that the investigation and system upgrade could take as long as two weeks.

Addressing users on the exchange’s Telegram group, Alex Zhou, chief security officer of Hotbit, revealed that user funds were unaffected by the attack, stating: “The attacker tried to break into the wallet server to steal funds but the action was identified and blocked successfully by Hotbit risk control system. All users’ funds are safe.”

“At the same time, Hotbit is in the process of transferring all funds in hot wallet to cold wallet, the details of the whole integration could be seen on the chain,” he said. 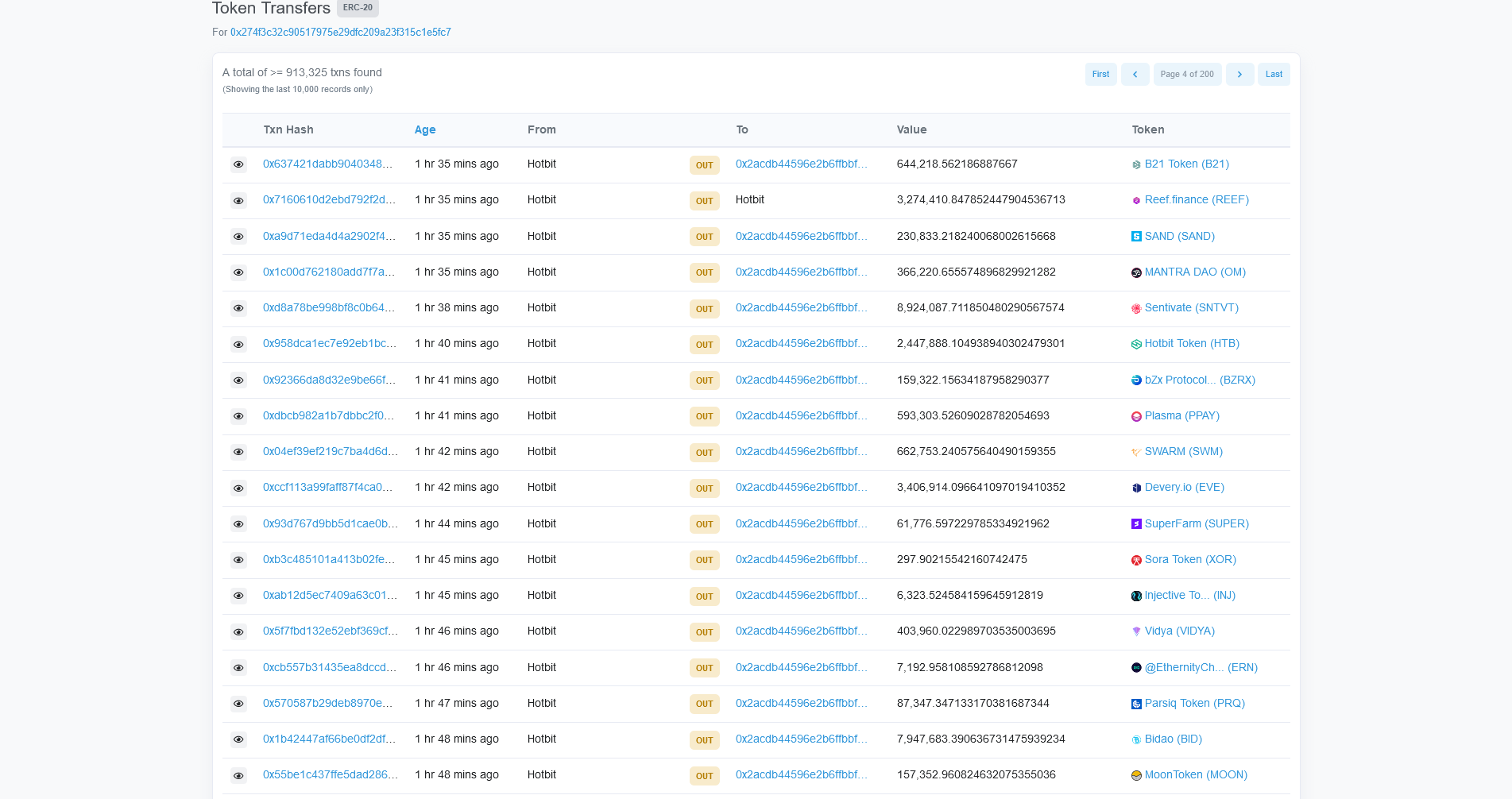 Indeed, data from Ethereum transaction monitoring tool Etherscan shows multiple token outflows from one of Hotbit’s known wallets to another address that currently holds about $14 million in several altcoins.

However, the length of time given for the maintenance is causing significant unrest among Hotbit users judging by comments on social media and in the platform’s Telegram channel.

Fears over the incident being an exit scam by the Hotbit team are palpable. Earlier in April, two major exchanges in Turkey went offline, with their executives fleeing with millions of dollars in user funds. Both incidents have led to sweeping arrests by law enforcement agencies as well as plans by the government to establish a central custodian bank for cryptocurrency exchanges in Turkey.