eCharge – a forward-thinking company whose main goal is to build the physical infrastructure for e-vehicles to recharge all over Europe – has announced their upcoming ICO.

As we continue to deplete the earth’s finite oil reserves and climate change becomes an ever-pressing global issue, the future of automobiles is looking ever more electric.

According to a report by the International Energy Agency, around 2 million electric cars existed in 2016. But that number is expected to jump exponentially in the near future:

The electric car market is set to transition from early deployment to mass market adoption over the next decade or so. Between 9 and 20 million electric cars could be deployed by 2020, and between 40 and 70 million by 2025.

With all these electric cars on the road, we’re going to need a lot more charging infrastructure to support them. That’s where eCharge comes in. 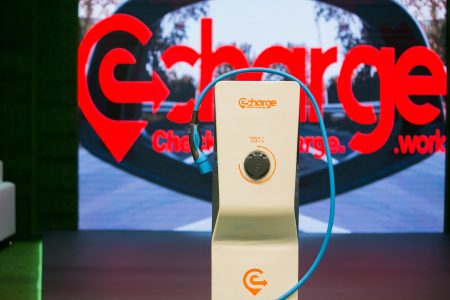 The world is in dire need of adequate charging station networks to bear the upcoming expansion in electric vehicle use. Very few places are currently equipped with electric charging stations, as it requires a high investment to get them installed.

What eCharge aims to do is provide hotels with e-charging stations for free – including installation, electricity, and backend support. In return, eCharge locks in exclusive vendor partnerships with these hotels. The charging stations are connected to a smart grid run by blockchain technology that will provide 100% green energy to its users.

Making charging stations available for electric vehicles at hotels is a necessary step in the upcoming move to sustainable transportation. Most e-vehicle owners usually charge their cars at home. But what about when they are traveling?

Having charging stations available for those trips away from home is essential. Being able to charge your car overnight during your hotel stay – or even just taking a pit stop on a long road trip at a hotel off the highway – is a highly convenient solution.

In addition, eCharge has a mobile app that allows drivers to locate hotels with charging stations and instantly book and pay, all conveniently from their phone.

eCharge is aiming at contracting over 1,000 hotels throughout Europe by the end of 2018.

The ECH token will be an exchange-traded cryptocurrency native to the eCharge network. It is an ERC20 token, meaning it is a part of the Ethereum network.

eCharge’s smartphone app will have an integrated ERC20 token wallet that allows drivers to be able to book and pay for their charge in advance, without the need to pay in cash or pull out a credit card. Users can also help actively grow the network by gifting and sending ECH tokens to their friends and family. eCharge users will be able to easily and quickly purchase ECH tokens using a credit card, PayPal, or other cryptocurrencies.

eCharge’s ICO presale is currently live. They are offering a 30% bonus for the first 2 million distributed tokens (including bonus) which will be deducted by 1% for the next 2 million until it reaches a bonus of 25%. A 25% bonus will be given to the next 8 million tokens, 20% to the following 9 million tokens, and 15% to the last 10 million tokens.

To participate in eCharge’s presale and take advantage of the 30% bonus, you can register and buy ECH here.

The actual ICO will begin on April 2, 2018. It will conclude on April 30, 2018 or when the fundraising goal is met, whichever happens first.

The ECH token is priced at 0.004 ETH per token, with a minimum investment of 50 ECH and no maximum contribution limit. The only way to purchase ECH tokens is using ETH.

ECH tokens are available for purchase worldwide, except for countries where cryptocurrencies and investment in ICOs are explicitly outlawed.

Most of the funds will go into creating the base infrastructure through installing charging stations at participating locations. See the image below for an exact breakdown of fund allocation. 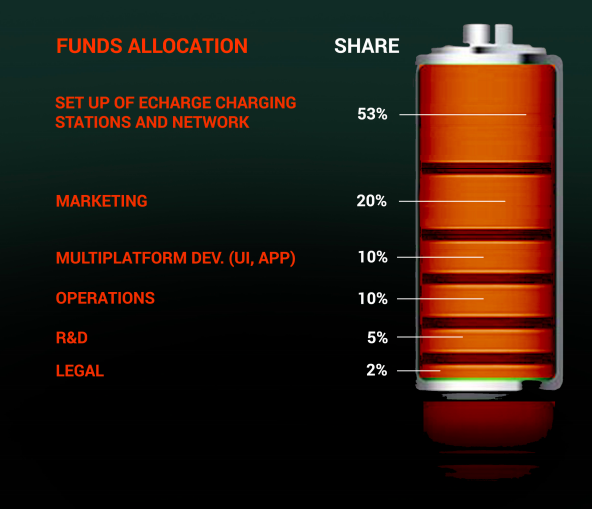 Once the token sale ends, all ECH tokens will be distributed to buyers within 2 weeks.

Invest in a Greener Future

Participating in eCharge’s ICO could be a great decision for investors looking to put some money into innovative hardware-based technology while also making the world more environmentally-friendly. As the electric vehicle industry is growing exponentially, eCharge’s future looks bright.

Of course, it is essential to do your own research to completely understand the benefits and risks of a particular ICO before deciding to invest.

To learn more about the eCharge and participate in their ICO, visit http://echarge.io. You can also get more in-depth details in their whitepaper. Interact with the eCharge community on Telegram.