The total value locked in decentralized finance, a measure that tracks the amount of assets committed to the DeFi ecosystem, has soared to $18 billion according to DeFi Pulse. 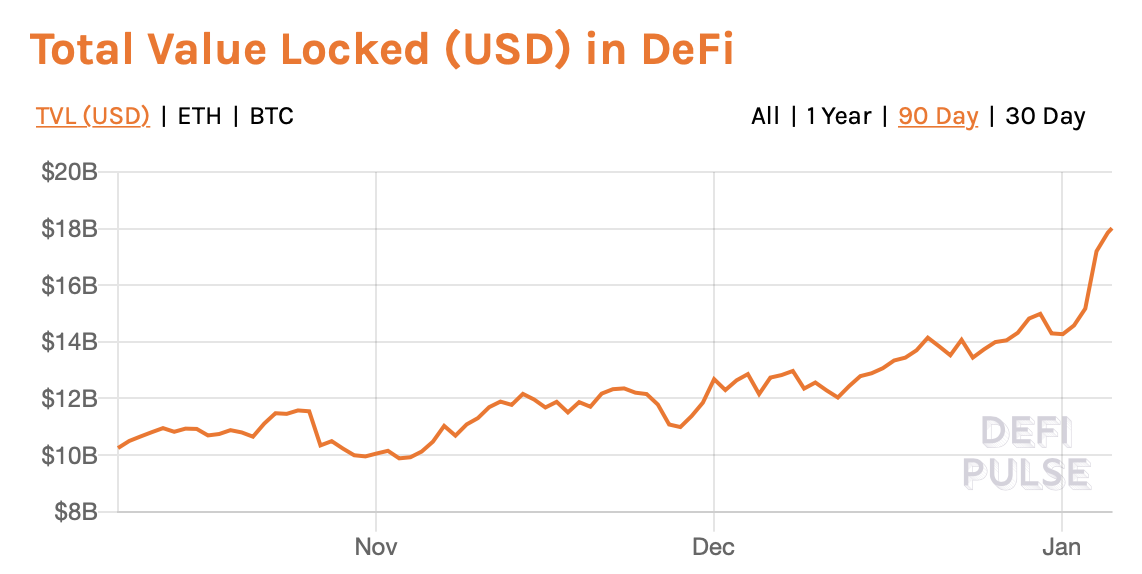 While the chart may suggest that DeFi adoption is growing, it requires some interpretation to be properly understood. Total value locked is often an imperfect metric in these scenarios. Differences in how it’s counted, protocols adopting measures to artificially boost it or just price rallies of the underlying assets can create the appearance of growth where there could be none.

The adjusted TVL metric by DappRadar, which computes total value locked by fixing asset prices to the beginning of the period under scrutiny, can help shed light on what is happening. 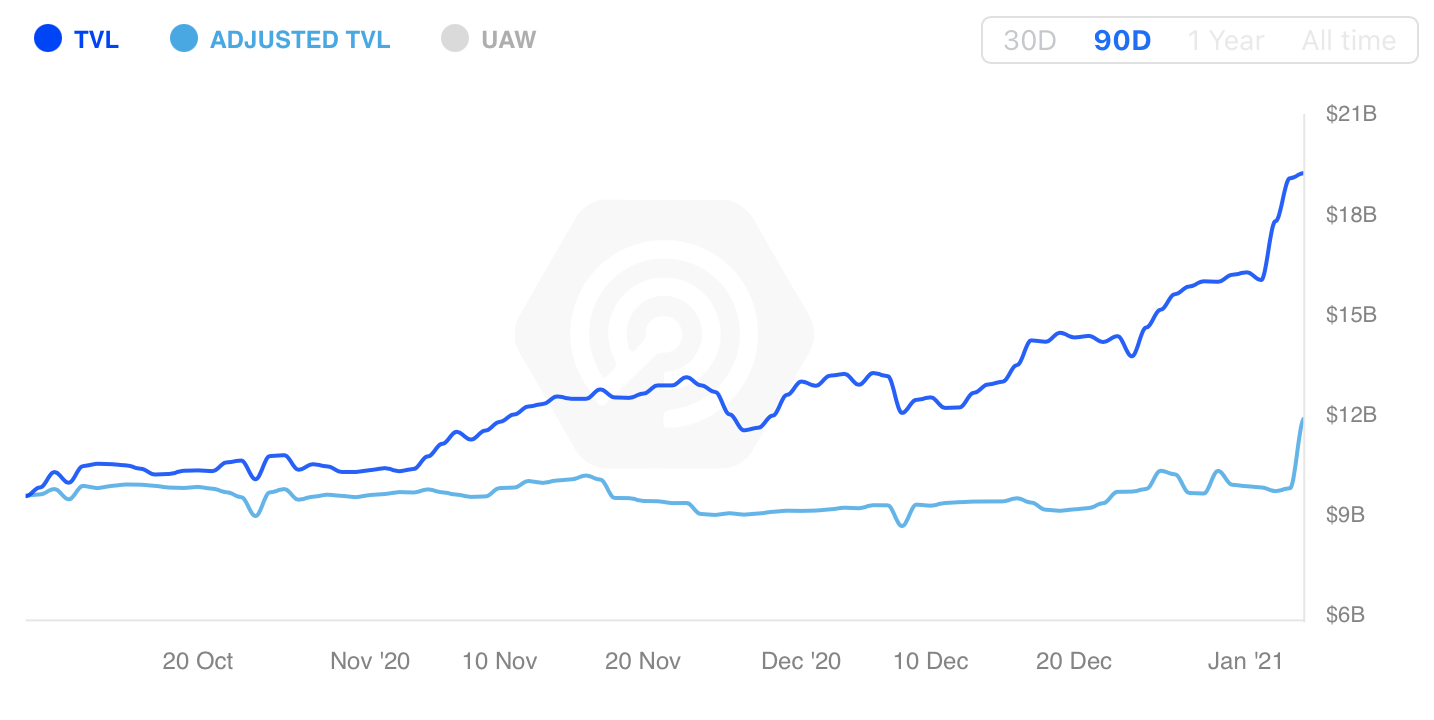 The adjusted metric suggests that DeFi has in fact seen very little growth since October 2020. Measured at constant prices, total value locked has stayed at around $9 billion for the entirety of the Bitcoin (BTC) and Ether (ETH) bull markets. This means that there was no net inflow of new assets, instead it’s the existing asset supply that dramatically increased in value.

Nonetheless, there is a sizable TVL jump between Jan. 4 and Jan. 5, which is largely attributable to SushiSwap. The decentralized exchange is continuing to attract staggering amounts of liquidity through its continuous SUSHI rewards. The recently launched Onsen menu aims to provide incentives to a rotating set of liquidity pools, primarily including smaller tokens. The exchange attracted about 2,000 BTC ($62 million), 40 million Dai and 60,000 ETH ($60 million) in one day.

Another major gainer in TVL is Synthetix (SNX), but the increase can be largely attributed to a 30% increase in the price of SNX. The token is used to collateralize synthetic assets minted on the platform, so increases in its price still have a direct effect on the platform’s adoption.

Though inflows into DeFi stagnated recently, the space is still showing healthy volume and adoption. High Ethereum fees are likely stifling further growth, but rollup-based scaling technologies may soon pick up the slack.

Dominic Raab says it's 'too early' to book summer holidaysPlans for the 2021 summer holidays may suffer considerable disruption as Britons are being warned to...