Cryptopia, the New Zealand-based exchange ‘famous’ for several successional hacks at the start of the year, announces a halt in all operations due to liquidators getting down to work

As 2019 began, Cryptopia had bad luck to suffer several hacks insuccession when digital assets of its customers were stolen from the platform’shot wallets.

Later, the exchange resumed trading, however, the situation seems to have changed for worse.

On Tuesday, a redditor published a post urging others to check Cryptopia’s website, which back then said that the exchange was undergoing maintenance. The redditor Fallenkeith2018 expressed fears that Cryptopia had been hacked one more time.

I woke up this morning to check Cryptopia to see if there was any updates on the website about new trading pairs. When I went to Cryptopia mainsite, it says: “Don’t Panic!

We are currently in maintenance.

Thank you for your patience and we apologise for the inconvenience.”

Has there been any unofficial (or maybe official) word anywhere on what happened? I can’t find anything on the twitter or discord.

The last update on the exchange’s Twitter account was made on April 26,when Cryptopia made a notification to users about a 1-hour maintenance.

The highly publicised hack of Cryptopia’s exchange in January 2019 had a severe impact on the company’s trade. Despite the efforts of management to reduce cost and return the business to profitability, it was decided the appointment of liquidators was in the best interests of customers, staff and other stakeholders.

The press release broke it to the community that the necessary investigation by the liquidators will take ‘months rather than weeks”. 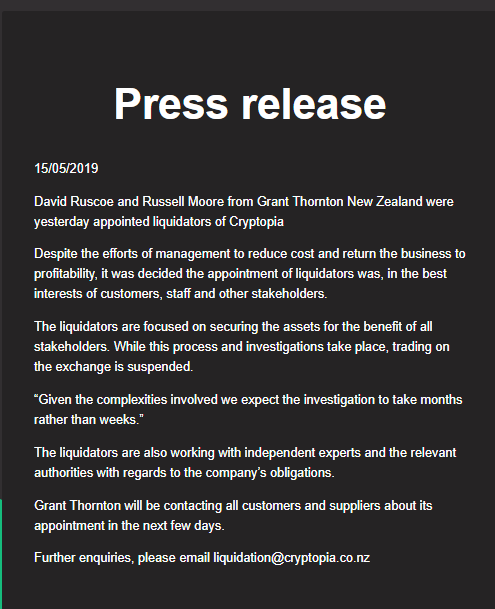 This brought a storm of indignation from exchange users on Twitter, with many tweets suggesting that Cryptopia is simply doing an exit scam. 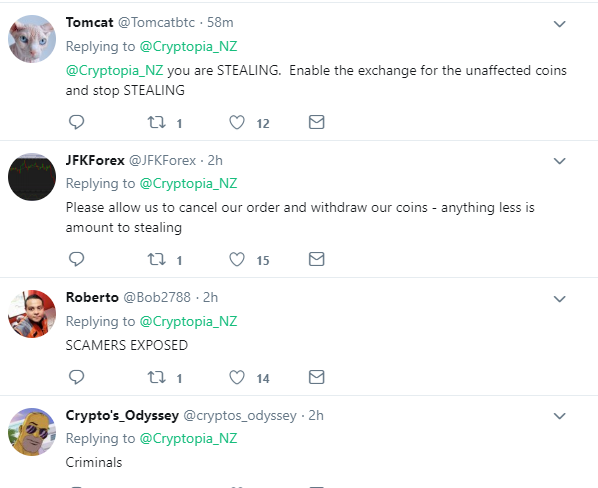 A user @OTC_Buyer assumed that Cryptopia is going to be sold to a more successful owner and the business will continue. 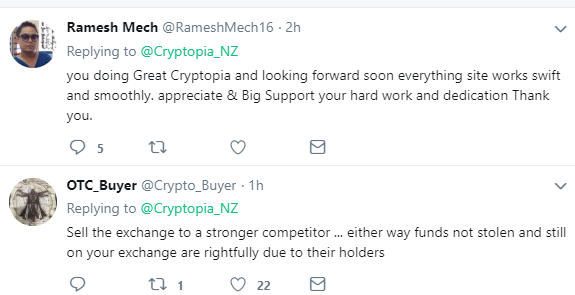 The majority of comments in the thread about the future of the tradingplatform are highly skeptical or negative.