Ross Ulbricht, the mastermind of the first darknet market site, Silk Road, is currently serving prison time in the United States Penitentiary. Ulbricht is a first-time offender and is serving two life imprisonments plus 40 years sentence without the possibility of parole for the creation of Silk Road.

Ulbricht aka Dread Pirate Roberts has gained immense support from the most significant people of the cryptospace. Bitcoin Jesus, Roger Ver, has constantly condemned Ulbricht’s imprisonment, calling him a genius and has urged people to sign a petition for his release. 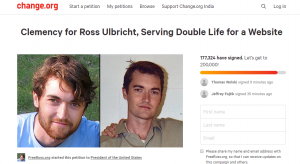 Presidential candidate, Andrew Yang has been making headlines for his push to regulate cryptocurrency in the United States. The crypto world has joined the “YangGang”, with the hope of granting clemency to Ross. Ripple’s software engineer Nik Bougalis also commented on Tiffany Hayden’s video in support of Yang, calling him a breath of fresh air.