Investing in start-ups is a game for only the rich, but that’s about to change as the Venture Capital (VC) industry that has disrupted so many might now be facing its own disruption.

Michelle Mone, a bra baroness with a pretty face launching a token sounds like a gimmick. As we soon found out, it is, but only as far as her role is concerned. Because, according to the whitepaper, this all is the brainchild of her partner, Douglas Alan Barrowman, the billionaire founder of Aston Ventures and The Knox Group of Companies.

He is now opening VC funding to all through a new Equi token that hopes to raise a maximum of $125 million for a start-up investment platform where you can convert your tokens into company investments. 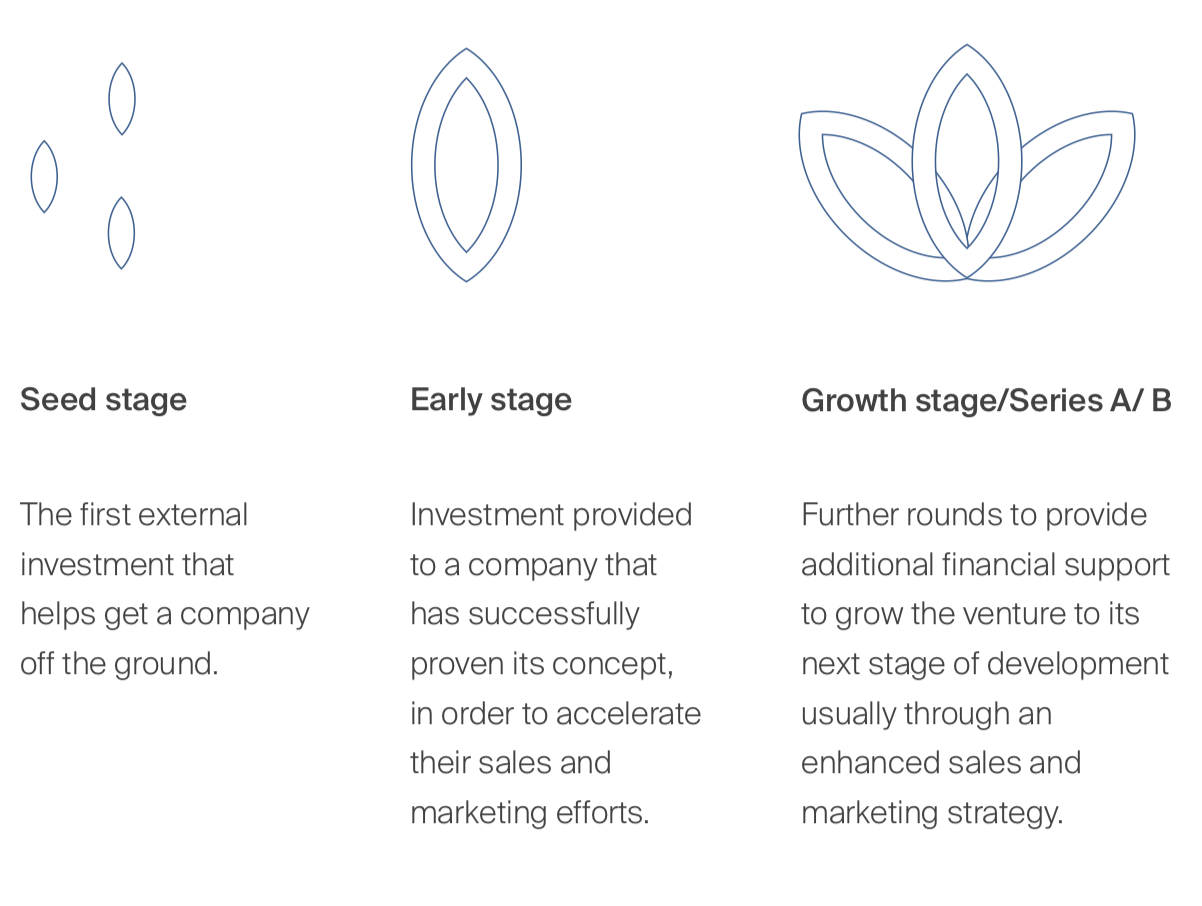 The Equi team of chartered accountants, a lawyer, a Managing Director of Knox House Trust, and others, engage in finding the investment opportunities, due diligence, and so on like a traditional VC fund.

Then, once they undertake their usual analysis, they put up the investment opportunity on the Equi platform, presumably with some description, perhaps recommendations, reports and so on.

Token holders can browse the website and if they wish to invest in a certain company, they can lock whatever amount of tokens they want to invest in the opportunity.

The amount they decide to invest is converted to fiat for the funding of the start-up, with token holders that invested in that specific start-up receiving 75% of the net profits once they sells off or exit. They say:

“If participants want to use some or all of their tokens on the platform to invest, they will enter into a smart contract which will dedicate EQUItokens to a project.

The EQUItokens applied to projects will be sold to raise fiat currency at the prevailing market rate, which will be invested in a project.

When the project realises value on sale or exit, 75% of the net profit will be returned to EQUI wallets in ETH.” 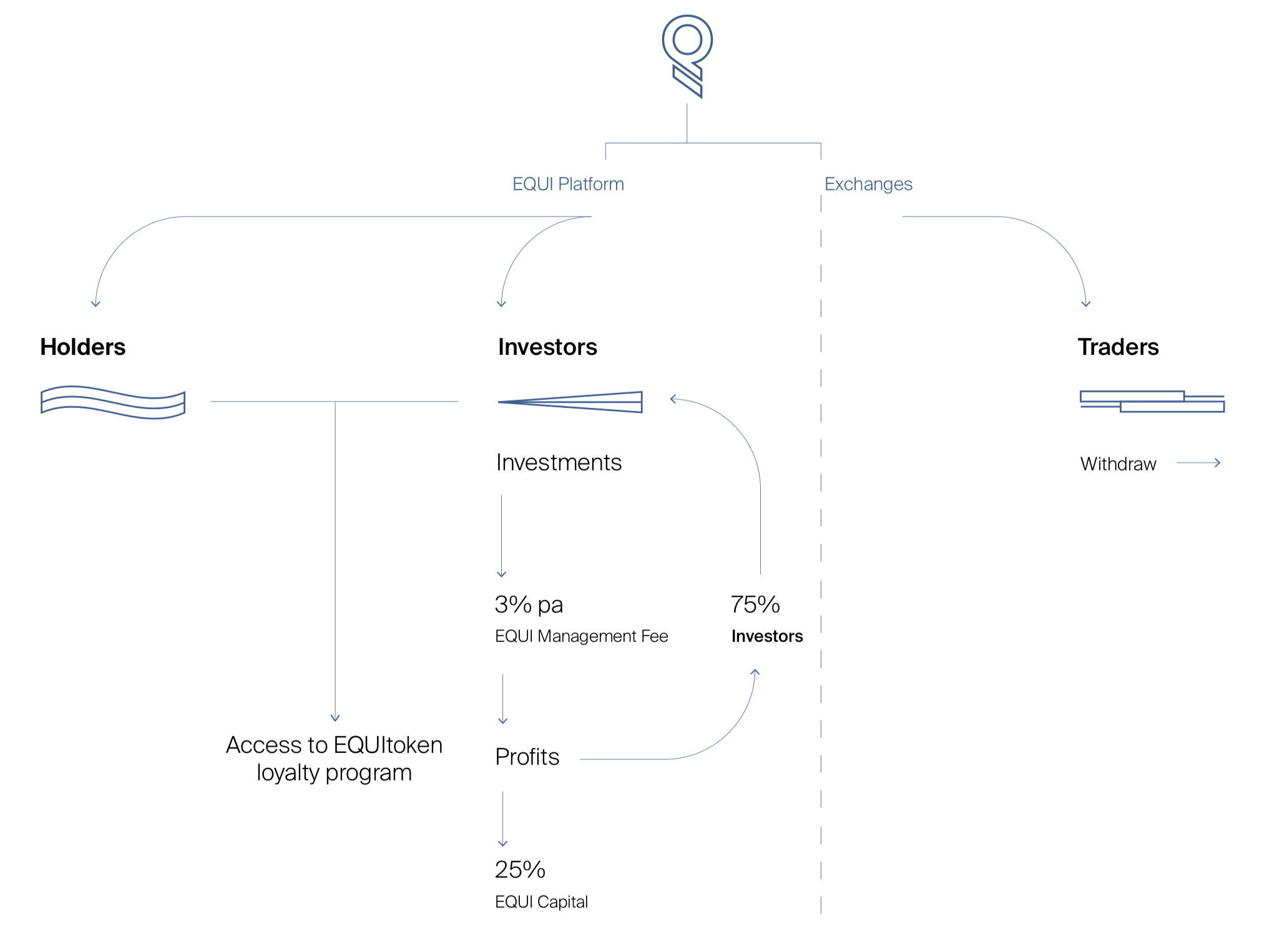 You can of course just hold the token and do nothing with it, or trade it, but the interesting part here is that you can convert it into effectively start-up equity, although their whitepaper seems to suggest you don’t get shareholding rights as that would presumably be transferred to Equi through traditional contracts, which then presumably are held on trust for the token investors.

That fee seems to be pretty high, especially considering they receive 25% of net profits in any event. But this is one of the first of its kind, so competition may gradually drive them down.

Overall, this sounds pretty much like one would have imagined the DAO to have worked, but with the token-holders having somewhat less control as they can’t fire the VC team for example, save for by selling their tokens.

The analogy breaks down here, but we can imagine two token based VC funds. One, where the token holder himself has to decide what company he wishes to invest in based on pre-compiled suggestions that have gone through due diligence etc, which we can call actively managed token fund.

And the other one would be passive, where the team does all the investing etc, and the token holders simply receives a portion of the profits without really having to do anything themselves.

We can see pros and cons for both dependent on the level of involvement an investor would want. Just as we can see different regulatory considerations. For Equi, they say:

“We anticipate that the EQUI platform itself will be considered an Unregulated Collective Investment Scheme (UCIS) as per UK statutory regulation and FCA guidance, which is the opinion shared by our legal counsel.

This means the scheme will be operated by an FCA authorised individual, which will give comfort to investors that their rights under the smart contracts to which they commit to investments are being managed correctly.”

London’s FCA is known to be quite forward looking towards this area and with the team so appearing to be highly experienced, professional and competent, we can’t imagine FCA would cause trouble. Not least because with it all being co-founded by a very rich couple, there would be very easy legal recourse.

Although how exactly a court would classify the relationship between token holders and the Equi team – with courts often known to ignore the written terms, instead looking at intention – is unclear at this stage.

But what is clear is that this all appears to be quite interesting, with it seemingly operating pretty much as we imagined the DAO would operate, minus the complete control over funds DAO token holders would have.

So opening in the process one of the most profitable, and risky, investment opportunities: early stage start-ups which can have stupendous room for growth as well as a 95% chance of failure.

In the process, this should make capital formation easier and more competitive, so instilling dynamism into the economy. And we can see how it could be extended to even areas where banks have traditionally operated, such as mortgages or loans.

The second stage of disruption therefore is about to begin as the token economy eyes the capitalist value creation process and opens it to all.