Popular meme-coin DOGE doesn’t seem to be slowing down anytime soon on being the center of attention. For critics, this continues to contradict their assertion that Dogecoin will stop being a hot topic in no time, yet the asset seems to remain highly talked about.

For Dogecoiners, the grass remains greener on their end, for now at least, considering all the free PR that Doge is receiving from the media. For most of the year, the fire was started by Elon Musk, however, at the time of this writing, adoption has risen to the point where Stephen Pair, the CEO of the leading Bitcoin payment service provider BitPay has revealed that there has been a tremendous increase in the rate at which retailers offering Dogecoin as a payment option to its large list of customers.

It seems that the bet between the Bitcoin Payment Service provider and leading baseball team Oakland Athletics has swiftly paid off for parties as Pair confirms that he’s certain ticket buyers are taking advantage of the new option.

“We have actually seen, since we launched Doge back in March, we processed over 13,000 transactions in Doge. Which blew us away, we never expected that.” revealed Pair, in a fresh interview.

As it turns out, Doge is not only being used by a select few retailers on the payment platform. In fact, Pair noted that every single merchant on the platform has been recording some Doge payments. 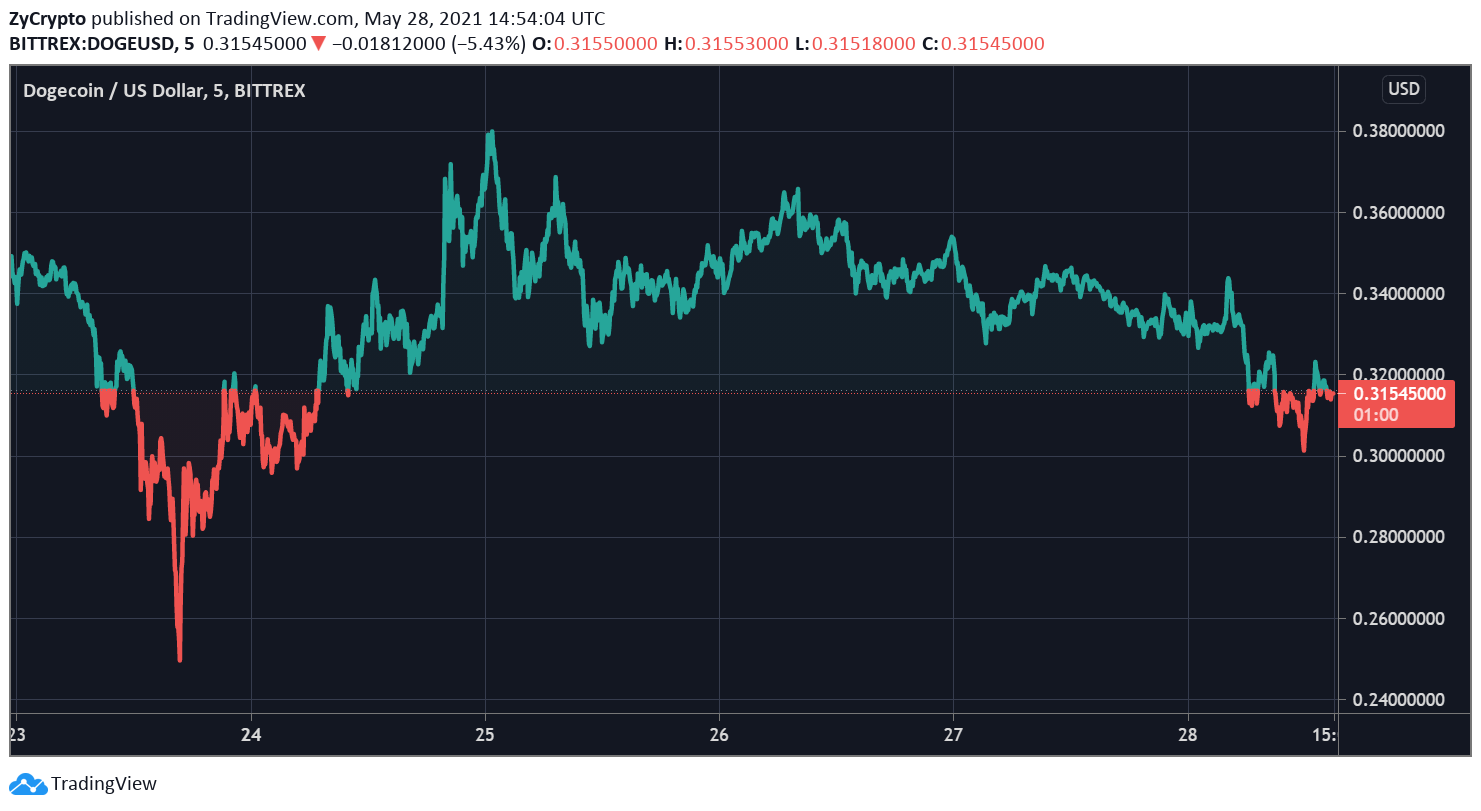 He also noted that the enablement of Doge payment for Mark Cuban’s Dallas Mavericks was a casual decision made to test run customer’s reactions to Dogecoin. He asserts that the decision paid off beyond expectation as the interest rate went off the roof.

“Mark Cuban came to us and asked us.. he’d like to accept Doge for the Dallas Mavericks, And we said why not sometimes you have to do things just because they’re fun not necessarily because they make sense. But I tell you, we launched it and again we were blown away. It’s climbed into the number three spot in terms of things Blockchain used for payment.” – Stephen Pair.

Billionaire Elon Musk and Mark Cuban who are both notable Dogecoin proponents have reacted to the news, nodding in affirmation with a laughing emoji, to a Doge supporter who noted the disbelief from onlookers as they react in surprise. Mark Cuban also left a response behind Musk’s with the rocket emoji, implying that Doge is on its way “to the moon.”