A french computer store that operates online and on the high street has announced they will start accepting ethereum for payment, but not bitcoin or any other crypto for now.

“The payment in Ethereum on Grosbill is coming soon,” they say before adding in a rough translation:

“The number of answers around this news makes us very happy. You are kept informed of the arrival of the payment. The DSI goblins are working on it right now. Good luck to them.”

Asked why ethereum out of all other cryptos, they said it was the easiest to integrate and the least volatile.

What about bitcoin? – someone asks. With another one namedropping Nano. “Every thing in time. We have to let our developers breathe,” Grosbill says. 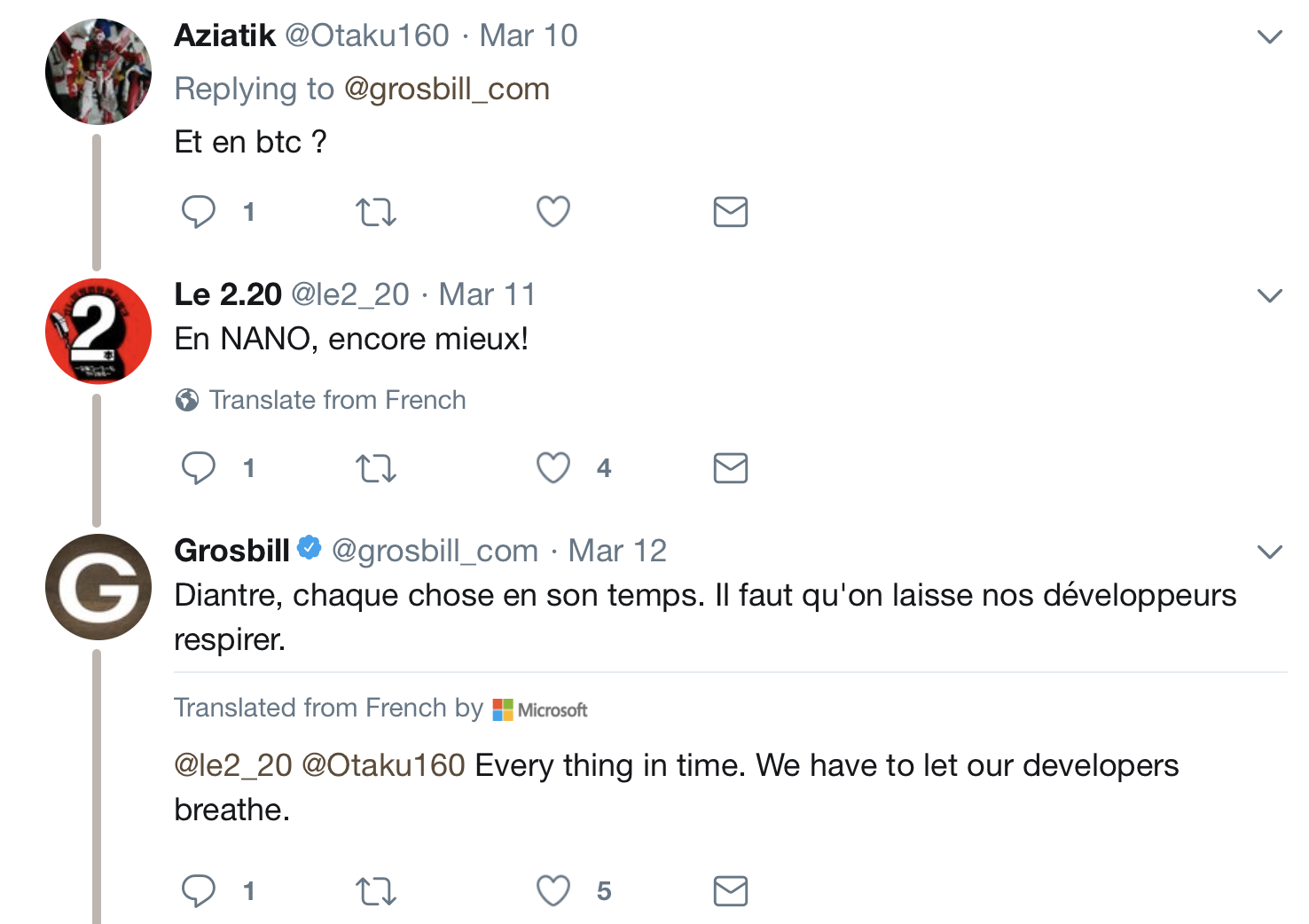 It is an interesting strategy because unlike bitcoin, which is probably accepted in most tech place (or was before the fees and congestion), ethereum is not accepted so much as they’ve focused on dapps and building web 3.0.

The move, therefore, might differentiate Grosbill from its competitors, making it one of the few places in France where you can just pay with eth.

Ethereum, however, isn’t focused on simple peer-to-peer direct payments, but it is a decentralized public blockchain currency with its foundations not much different than BTC.

It can, therefore, perform that function and it can arguably do so better as its transaction confirmation times are just 15 seconds or so, rather than ten minutes.

As such, even without much promotion or targeting of merchants, they are the most widely accepted crypto after bitcoin and, with the addition of BCH to BitPay, after Bitcoin Cash.

Something that appears to be happening organically while developers focus on building innovative dapps where ethereum acts as a natural digital currency.

Its most fascinating use is of course machine to machine payments, but that might be some way off at this stage after the Slockit DAO set-back and after it hit a capacity ceiling of 1.4 million transactions a day.

So leading devs towards lower hanging fruits, like tokenized cats, in an ecosystem where eth is a unit of account, as well as a means of exchange.

But with it all being permissionless, and with the lowest hanging fruit being direct payments, merchants are now seemingly trying to tap into this huge market of techies who like to taste a bit of the future today.