With uncertainty over Bitcoin price recovery looming, the larger cryptocurrency market has come to a halt. Bitcoin’s price fell 7% on Thursday as part of a broader cryptocurrency sell-off that brought other altcoins down with it. Ethereum Price is currently trading at $2,115.15, down 5 percent. The cause for today’s drop has been attributed to rumors of a London hard fork delay.

The ETH price is forming a rising wedge, which is a bearish signal on the technical charts. The altcoin will break down the rising wedge and head towards $1750 levels as the general trend remains unfavorable. 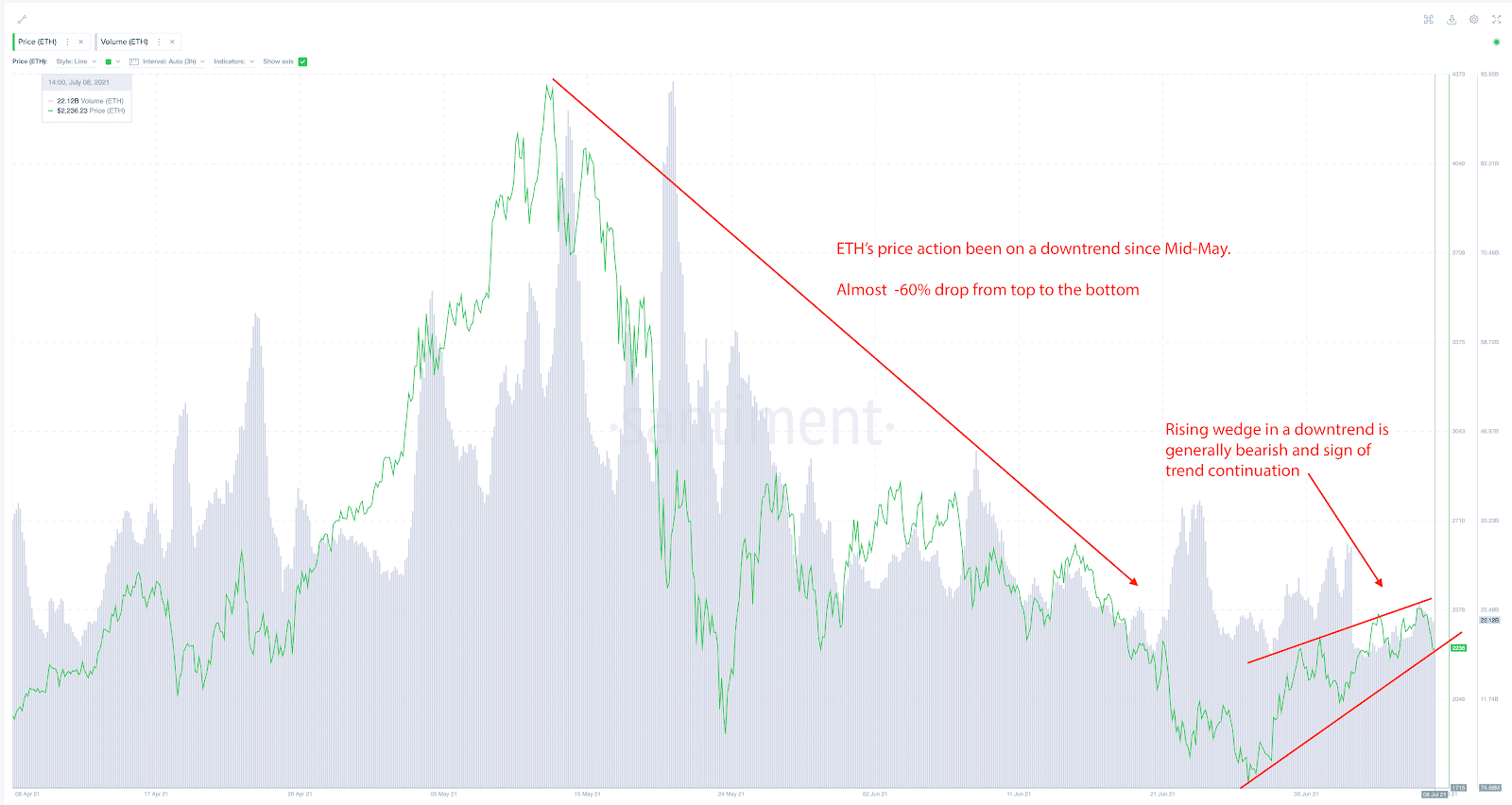 The Moving Average Convergence Divergence (MACD) on Ether’s chart gives credence to the negative prognosis. Ethereum is currently primarily in the hands of bears.

Long-term Ethereum holders, on the other hand, have continued to earn over a 356-day period. We haven’t yet entered the undervalued territory. As a result, there’s a chance that these players will decide to increase their profit booking, causing even more agony.

Bullish pressure was pushing the world’s second-largest cryptocurrency towards the $2600 resistance mark, which was expected. However, selling pressure set in, and the price quickly fell to $2140, indicating that the outlook is quite gloomy.

Ethereum has begun a troubling slide to the psychologically critical $2000 barrier after being rejected at the $2400 level. It’s currently trading between $2140 and $2150, with $2100 acting as a support level.

Since then, the number of active Ethereum addresses has decreased by 40%. The active addresses have accelerated to the north once more. It will, however, be too soon to confirm any optimistic trend.

Also, the forthcoming London hard fork, which is set to go live next month, has a lot of analysts betting on it. The gamechanger is supposed to be the EIP-1559 implementation, which cut the Ethereum gas charge.

Kalao | Build the Future of Digital and Virtual World