Broker technology provider B2Broker has hired industry veteran Peter Leonidou to take on the role of Sales Director of its Cyprus office.

Peter had been a mainstay at Leverate since 2015, but left the technology provider last year to join PROTECHFX LTD, a fintech startup that was just starting out on its journey, or at best still operating in its early stages. He served as Protechfx’s CEO for nearly 8 months, parting ways in November 2017.

Mr. Leonidou joined Leverate back in May 2015 where he was originally appointed as its Senior Global Sales Manager, based out of Cyprus. This paved the way for a promotion to the group’s Head of Sales – EMEA in 2016, a position he held up until his eventual departure. In his most recent role with Leverate, Mr. Leonidou headed B2B sales across the EMEA region as well as in the United States. 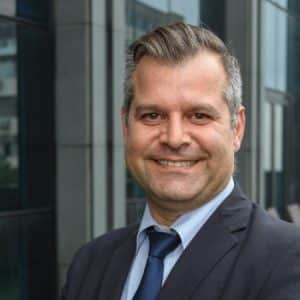 Mr. Leonidou joined the technology provider from Saxo Bank, where he served as its Senior Manager and Director for over two years. Peter’s career also encompasses other senior roles in the FX industry including positions at ForexTime, Alpari FS, Easy Forex, and TradeStation, part of a career dating back to 1997, according to information made public on his Linkedin profile.

B2Broker has been highly active over the past few months in terms of its overall business and developments. This included the launch of its B2BX project, which was billed as one of the first aggregators of cryptocurrency liquidity. The group also had a successful ICO project launched last fall as well.

More recently in 2018, B2Broker implemented a new cryptocurrency payments gateway to help facilitate deposits from holders of digital currencies. Additionally, the group strengthened its operations in Asia, culminating in a new office in Malaysia.