There was a time, Lou Meisel laughed, when no one had even heard of Sagaponack.

Now the enclave is the most expensive area in the Hamptons, the string of quaint Long Island beach towns beloved by wealthy New Yorkers.

Indeed, the petite village boasts the second-priciest ZIP code in America, according to a November report by real-estate statistics site Property Shark. Meisel, an art dealer and collector, spends most of each year in Sagaponack, chockablock with mansions separated by acres of farmland. The nation’s runner-up in property values — to only the tony Silicon Valley suburb of Atherton, California — 11962 notched a median home price of $3.875 million.

But in 1984, Meisel and his wife Susan nabbed a 5,000-square-foot, six-bedroom house in Sagaponack — for just $475,000. And after scouring the Hamptons for the right property, they found their Xanadu.

“After looking at everything, we said, ‘That’s got to be be the house for us,'” Meisel, 78, told Business Insider by phone from his “first home on the block,” set on two verdant acres. “You could see the ocean from it. You could see all around for half a mile because there was nothing but farm fields.”

Not long after, Meisel picked up another two acres “for a few hundred thousand dollars,” where he curated a sculpture park that is still open to the public.

These days, two acres with not a scrap of house on them would cost between $6 million and $9 million, according to the area’s top homebuilder, Michael Davis. Maybe even more, as the pandemic continues to drive a red-hot real-estate market where top-dollar buyers are winning bidding wars in the wake of a record-setting year for Hamptons homes.

Such eye-popping statistics are the result of Sagaponack’s meteoric rise from indigenous tribes and English settlers who arrived in the 1650s to an artsy escape to a discreet oceanfront playground. Now, billionaires and celebrities live side by side with fifth-generation farmers.

The last Hampton to be developed 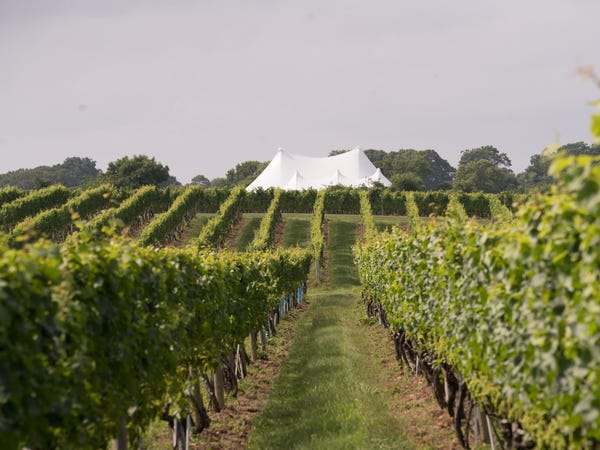 Sagaponack was only formally recognized as its own village, rather than just a neighborhood within Southampton, in 2005.

With some 322 residents over just 4.7 square miles, it’s a rarefied community where real-estate values were high even before the COVID-19 pandemic. But the coronavirus has fueled an increase in home prices in the suburbs and second-home hot spots around New York City as urbanites seek interior square footage and outdoor space for adults, kids, and pets to roam. That demand has pushed Sagaponack real-estate prices to new heights, data shows, above even what the Property Shark study measured.

Pushing property prices ever higher is a lack of supply. Nestled between the larger towns of Bridgehampton to the west, East Hampton to the east, and Sag Harbor to the north — plus the sandy shores of Atlantic Ocean to the south — Sagaponack has the most stringent building and zoning regulations of any of its neighbors.

For starters, various entities and agencies, including local Southampton officials, the Nature Conservancy nonprofit, and the Peconic Land Trust, deem large swaths of green space undevelopable for reasons of agriculture and environmental protection. Not to mention privately-owned easements that designate land as open space and agricultural reserve. Despite those limitations, Sagaponack has about 400 estates, Meisel estimated. But a house can only be erected on three acres of land, even though only two acres would suffice in other Hamptons areas. As a result, each property is peaceful and private. 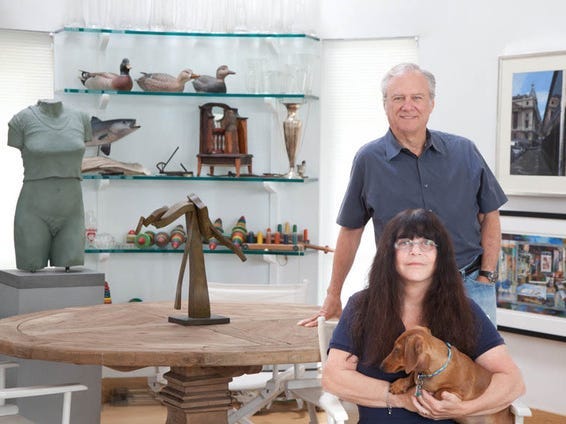 It doesn’t even have a town center 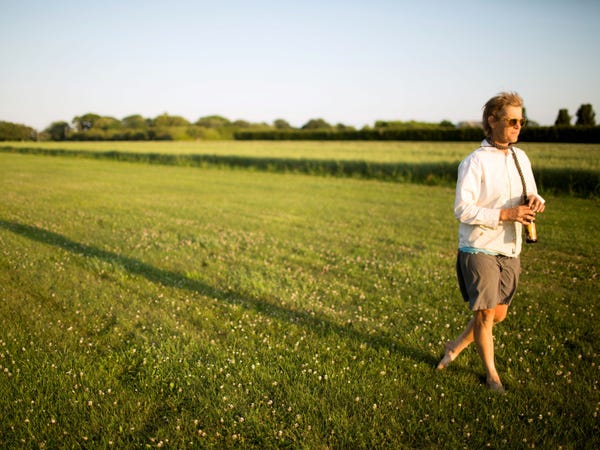 Sagaponack has flown under the radar for a few reasons: For one, the village has no commercial center. An inconspicuous pair of buildings — a post office-cum-general store and a public one-room schoolhouse (one of the few left in the country) — grace Sagg Main Street.

So, if residents want to head “to town,” to restaurants, large supermarkets, or shops, they have to travel to nearby Southampton, Bridgehampton, East Hampton, or Sag Harbor, all within a few miles of largely residential Sagaponack.

Many visitors simply overlook Sagaponack as they drive along Route 27 (the Hamptons’ main drag) or Montauk Highway, Meisel said, adding that Sagaponack remains “one of the most delightful places on Earth,” and still fairly unknown.

The beach town’s rustic reputation has roots in its generations of working farmers, which the village has ardently sought to protect, the New York Times reported. Farming crops like potatoes became a primary commerce stream for the Hamptons after the demise of whaling in the 1800s, and descendants of settlers still hoe the land to this day.

One harbinger of modernization looms: the Sagg General Store, built in 1878, is on the market for nearly $3.995 million with Susan Ratcliffe of Brown Harris Stevens, according to the Sag Harbor Express. But while the descendants of the Hildreth and Thayer families, who have owned and operated the store at 524 Sagg Main Street and its in-house post office for more than a century, are ready for new ventures, they hope the new owner honors its old-world roots.

“I hope it never changes,” current owner Karen Thayer told the Express. “That’s what everyone wants.”

Building estates in a hidden hamlet 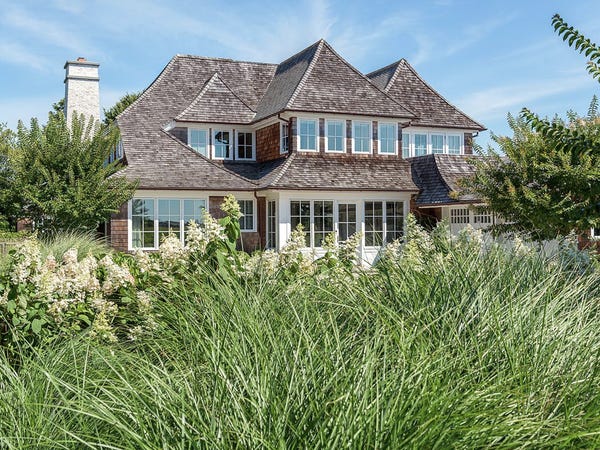 Davis, too, has witnessed Sagaponack’s maturation.

The general contractor has has built over 100 luxury properties in the Hamptons since he arrived there from England in 1985. About half of those, constructed under the mantle of his firm Michael Davis Design & Construction, are in Sagaponack.

The Sagaponack homes Davis designs vary in aesthetic, but often combine the classic shingle-style found all over the Hamptons with a 19th century-inspired English Country style from his native United Kingdom.

His business has morphed from building houses on spec to accepting commissions for custom builds.

Davis declined to share a standard price for his handiwork because it is contingent on the size, location, materials, and amenities. But many include swimming pools, tennis courts, and landscaped grounds, among other grand amenities.

Last year, an eight-bedroom spread Davis designed at 324 Hedges Lane sold for $14.75 million, according to 27 East. And in March, the outlet reported, Christina and Barry Kringstein paid a whopping $16.5 million for another one of his properties, at 494 Hedges Lane nearby.

Sagaponack’s 3-acre zoning rule, Davis told Business Insider, is the secret that lends its residents more space than their counterparts in larger towns, who are likely to have neighbors in closer proximity.

Plus, its agricultural acres and protected land give it a pastoral feeling that residents “don’t quite get elsewhere.”

“The 180-degree skies are fantastic here,” Davis added. “It has a much more open feel.”

One downside: Sagaponack’s strict development-approval processes means it took Sagaponack Realty — led by partners Marc Goldman, Milton Berlinski, and Michael Hirtenstein — 12 years (and a lot of headaches) to come up with a plan for 43.5 acres of land they bought for $30 million that also would be acceptable to village officials.) 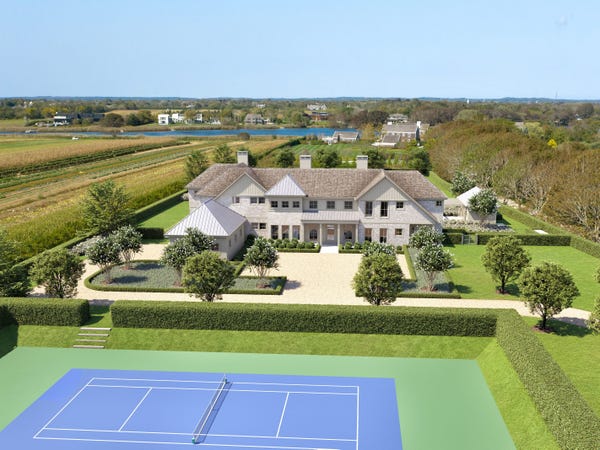 The unusual perks of Sagaponack are evident from a peek through its posh on-the-market listings.

Photos of the seven-bedroom, 10.5-bathroom mansion at 515 Parsonage Road show landscaped grounds teeming with blossoming hydrangeas. The 11,760-square-foot traditional-style house, co-listed with Brown Harris Stevens and Sotheby’s, has a finished basement with a professional gym with sauna and steam spa, a home theater, a wine cellar and an accompanying tasting room with a custom bar and billiards a — all for the asking price of  $13.955 million.

Meanwhile, a sprawling new-construction property at 610 Sagaponack Main Street has nine bedrooms and 11.5 bathrooms over 13,492 square feet. Listed with Sotheby’s, the $22.5 million property has a double-height great room with retractable glass doors that open to the massive outdoor area, with a “resort-style” pool with built-in loungers and a sunken tennis court.

Then there’s a massive compound on Poxabogue Road, with six addresses sporting a combined price tag of $49.5 million — the most expensive Hamptons property listed with by major brokerage Douglas Elliman. It includes three grand homes, three lots of vacant land, and two swaths of agricultural reserve.

The three sisters of New York’s Held family built houses next to each other but have decided to sell now that they’re empty-nesters, according to local publication 27 East.

“I’ve been here since the ’80s, and I have to say the Hamptons have really grown and changed. But what’s made Sagaponack so unique is so much of the land has been preserved,” one of the Held sisters told Business Insider. “It was the last Hampton to really get developed, and it was probably was the most controlled development that happened, so it’s really quite beautiful and very unique.”

The price of exclusivity in a pandemic 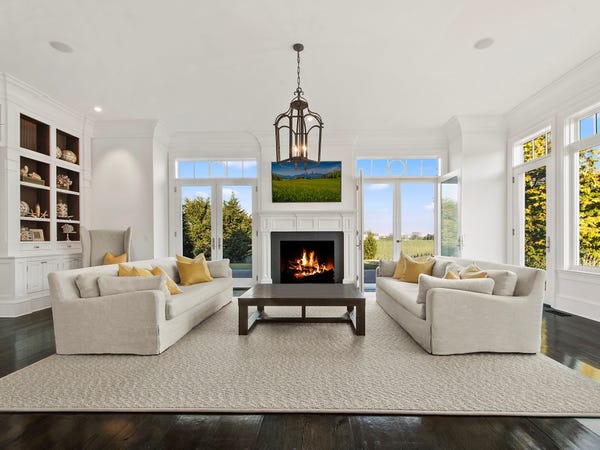 Sagaponack properties were rare to begin with, Clark told Business Insider, but they’ve never been more sought after than in 2020, thanks to the surge in buyers looking for spacious enclaves to ride out the pandemic.

While the median home price in all of Sagaponack in 2019 was $3.9 million, it has jumped by 4.5% in 2020 to just over $4 million, Clark said. And the number may increase once some luxury houses that are currently in contract close, Clark said, further boosting the median price.

Property Shark’s study of the country’s most expensive ZIP codes spotlighted 11962, which is the swath of Sagaponack south of Montauk Highway. Sagaponack extends north of the highway, too, which is where Wolffer is located. Properties there can trade for more reasonable prices, sometimes even in the $1 to $2 million range.

Another sign of a booming market: The number of annual home sales has also increased from last year.

In 2019, Sagaponack recorded 40 real-estate transactions, according to Clark and the Long Island Transfer Report. Sales volume through November 2019 totaled more than $220 million, of which more than $184 million was for properties in Sagaponack Village.

As of November 2020, Clark said, there have been 50 transactions in Sagaponack — plus an additional 25 properties currently in contract. Sales volume now stands at over $275 million, of which more than $223 million is for property in Sagaponack Village. 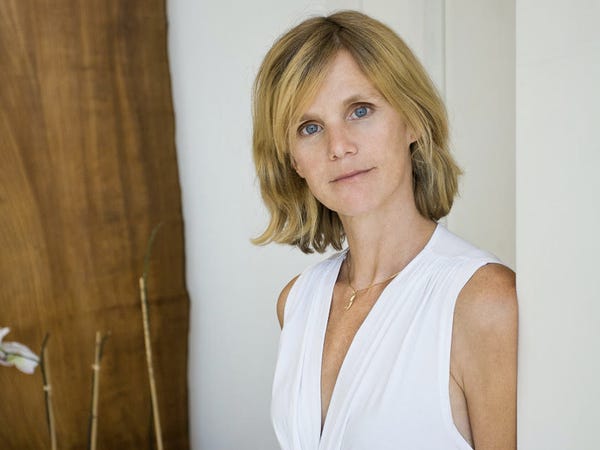 In January, “Hidden Figures” producer and Sagaponack native Jenno Topping paid $7.95 million for the historic Halseycot home half a mile from the beach in her hometown, the New York Post first reported.

In August, a modern manse at 25 Potato Road built by Elliman chief Howard Lorber sold for the princely sum of $20 million, according to The Post. Inspired by Malibu-style homes, the contemporary spread has multiple terraces, a pool and a sunken L-shaped seating area with an outdoor gas fireplace modeled after the design of a luxurious Aman resort.

Even before the pandemic, locals told Business Insider, interest in Sagaponack had been ramping up as more people learned of the hidden hamlet.

But this year’s property market, steered upward by those looking for a reprieve from New York City amid the COVID-19 crisis, has been even more robust.

The Hamptons’ real-estate scene usually freezes up in winter. But not this year: The buyers keep coming.