The OECD deal is intended to ensure that multinational digital entities pay more taxes in countries where they have customers or users than from where they operate. 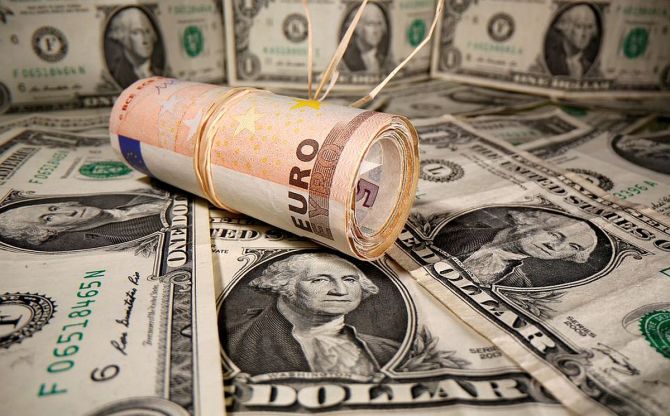 India conceding ground to bring only top 100 digital companies like Google, Facebook, and Netflix into the global taxation pact may have revenue implications.

This will mean that New Delhi will have to withdraw the contentious 2 per cent equalisation levy on e-commerce operators by 2023.

This may have revenue implications for India, experts pointed out, as the equalisation levy has a much lower annual revenue threshold of Rs 2 crore (euro 0.2 million) as against euro 20 billion agreed by 130 countries at the Organization for Economic Cooperation and Development (OECD).

India, along with other developing countries, was pitching for at least euro 1 billion threshold to cover at least 5,000 global entities.

“The OECD deal being worked out will not give the same amount of revenue. That’s very clear.

“Politically, it will be very difficult to say that we will not withdraw the equalisation levy.

“The levy will most definitely go by 2023 if the proposal comes into effect, unless India can think of some other way of augmenting tax. That bit is not clear yet,” said Akhilesh Ranjan, former member, Central Board of Direct Taxes and currently adviser at PwC.

The OECD Base Erosion and Profit Shifting deal is intended to ensure that multinational digital entities pay more taxes in countries where they have customers or users than from where they operate.

It is also aimed at ensuring that countries give up on unilateral measures to tax digital entities through means like digital services tax or equalisation levy.

“In my view, India will take an aggressive stance to protect its rightful tax base and we will see several rounds of negotiation before equalisation levy 2.0 is removed and a fair consensus is reached to protect the Indian tax base,” said Aravind Srivatsan, partner & tax leader, Nangia Andersen LLP.

He added that large tech firms are already being regulated under the Indian regulation and by 2023 they may need a physical set up to ensure compliance.

The equalisation levy or EL was introduced at the rate of 6 per cent in 2016 for digital advertising services, which led to a Rs 200 crore collection.

The scope was widened in April 2020 to impose a 2 per cent tax on non-resident e-commerce players.

The scope was further expanded in the Budget 2021-22 by way of clarifications.

The EL has been a bone of contention between India and the United States, with the latter deciding to impose additional tariffs on a slew of Indian imports, including basmati rice, sea food, jewellery, bamboo, semi-precious stones and pearls, among others.

However, the tariffs will remain suspended for six months with an expectation of a multilateral solution to the issue of digital taxation.

With tariff proposals of up to 25 per cent ad valorem on aggregate level of trade, it aims to mop up around $55 million.

This is as much as what India will collect from US companies through the 2 per cent levy.

In fact, in May, India also notified a revenue threshold of Rs 2 crore and a limit of three lakh users for non-resident technology firms to pay tax in India under new or revised bilateral tax pacts.

This is as part of the significant economic presence (SEP) principle.

SEP, introduced in the Finance Bill 2018-19, widened the scope of ‘business connection’ to include provision of download of data or software.

Under the agreed outline of the OECD multilateral solution, a portion of profits of companies with euro 20 billion revenues and a profit margin above 10 per cent would be taxed in jurisdictions where they have sales.

Between 20 per cent and 30 per cent of profits above a 10 per cent margin may be taxed. India will press for taxing 30 per cent profits.

India and other developing countries were fighting to include companies with at least Euro 1 billion in revenues as against the final proposal of euro 20 billion revenues and a profit margin above 10 per cent.

India’s proposed threshold would have covered around 5,000 global companies as against just 100 companies under the final proposal.

However, the government has justified agreeing to a higher threshold to protect its own revenues from large Indian multinationals like TCS and Infosys.

Mukesh Butani, managing partner, BMR Legal, said the agreement hopefully signals the end of unilateral measures which many jurisdictions, including India (by way of EL), have legislated.

It is to bypass the internationally accepted form of taxing income.